Thousands in Brooklyn still in the dark after Con Ed turns off power for 30,000 Sunday 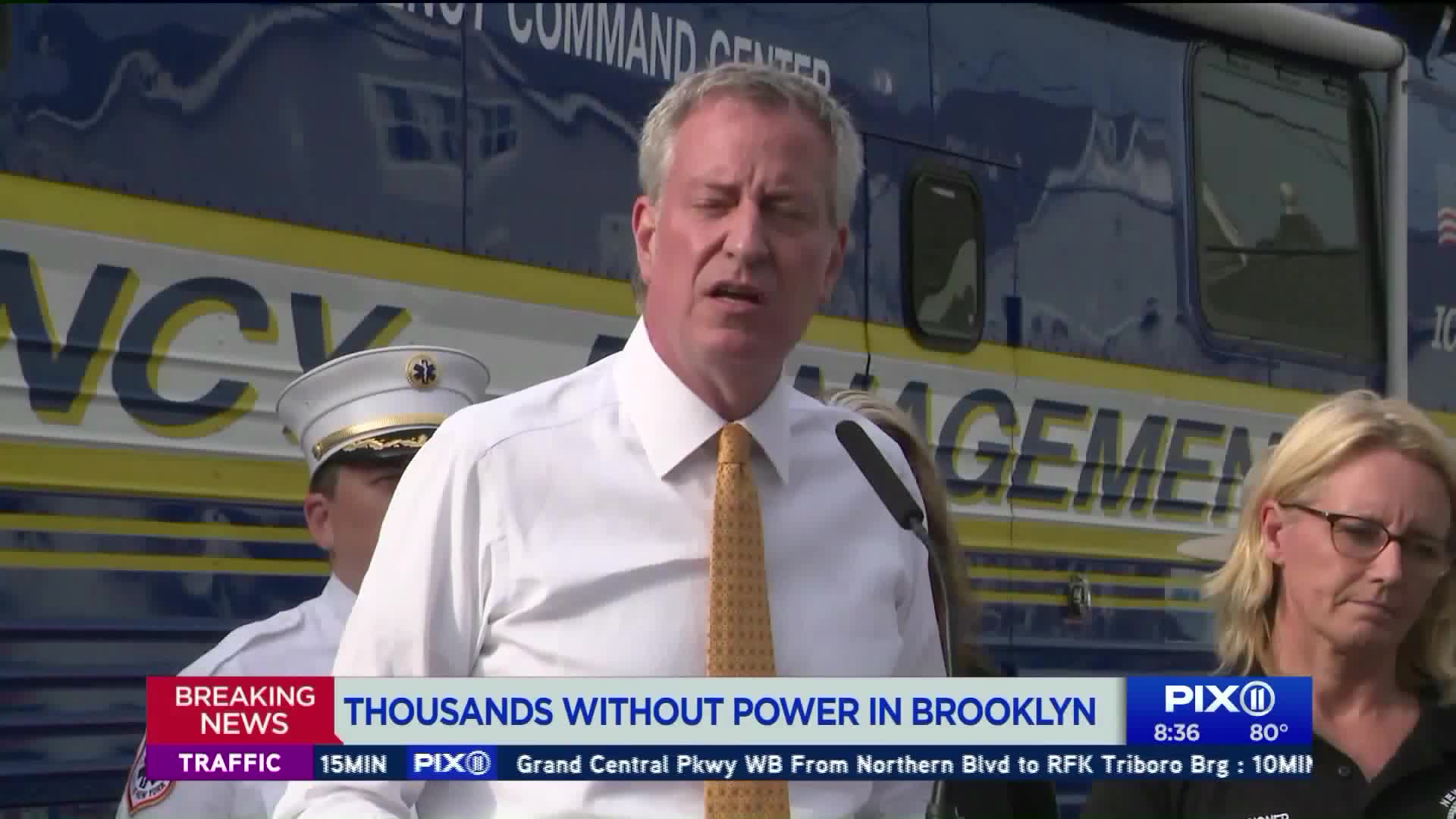 Mayor Bill de Blasio said Monday he is "disappointed" with Con Edison after the second mass outage in less than a month. Con Ed took at least 30,000 customers in Brooklyn off power Sunday night in a move to avoid further outages and equipment damage, the utility company says.

BROOKLYN — Con Edison took at least 30,000 customers in parts of Brooklyn temporarily off power so that it could make repairs for the thousands already dealing with outages in the borough, Mayor Bill de Blasio said Sunday night.

As of 7:40 a.m. Monday, that number is down to 14,125 customers still without power. Con Ed said early Monday that they've restored power to more than half of the original 33,000 customers with outages around the borough.

Con Ed will be distributing dry ice Monday at two Brooklyn locations for customers affected by the outages, they tweeted. The first location is at Seaview Avenue and 93rd Street, near Seaview Park the Bay View Houses in Canarsie. The second location people can pick up the dry ice is at Jacob Joffe Fields, at Avenue K and East 59th Street, in Flatlands.

We are distributing dry ice at two locations in #Brooklyn to customers affected by the power outages brought on by the weekend heat wave. For more details click the link: https://t.co/Tyi9XXP9H9 #heatwave #ConEdison pic.twitter.com/xLQRkHFXOQ

"Their system in parts of Brooklyn is under severe strain and some equipment has failed," de Blasio tweeted Sunday.

Con Ed took customers in Carnarsie, Mill Basin and Flatbush temporarily off power so that it could make repairs and prevent a bigger outage, the agency and officials said.

One Canarsie resident had just returned from a trip Sunday night to find out her power had been purposefully shut down.

"It's very unfair to us because we are hot," she said. "It's not safe. There's no police presence here."

Con Ed will start bringing customers back 500 at a time around midnight, de Blasio said at the time.

"That’s going to be a slow process so they don’t overload the system," he tweeted.

"We have been through this situation with Con Ed time and again, and they should have been better prepared — period,"he said. "This was not a natural disaster; there is no excuse for what has happened in Brooklyn."

The Office of Emergency Management set up a command post in the affected parts of Brooklyn, de Blasio said. Personnel is at each of the nursing homes and adult care facilities in the neighborhood. Members of the NYPD and FDNY are also in the area so they can respond to emergencies.