Over 20,000 petition to repeal Airbnb regulation in Jersey City 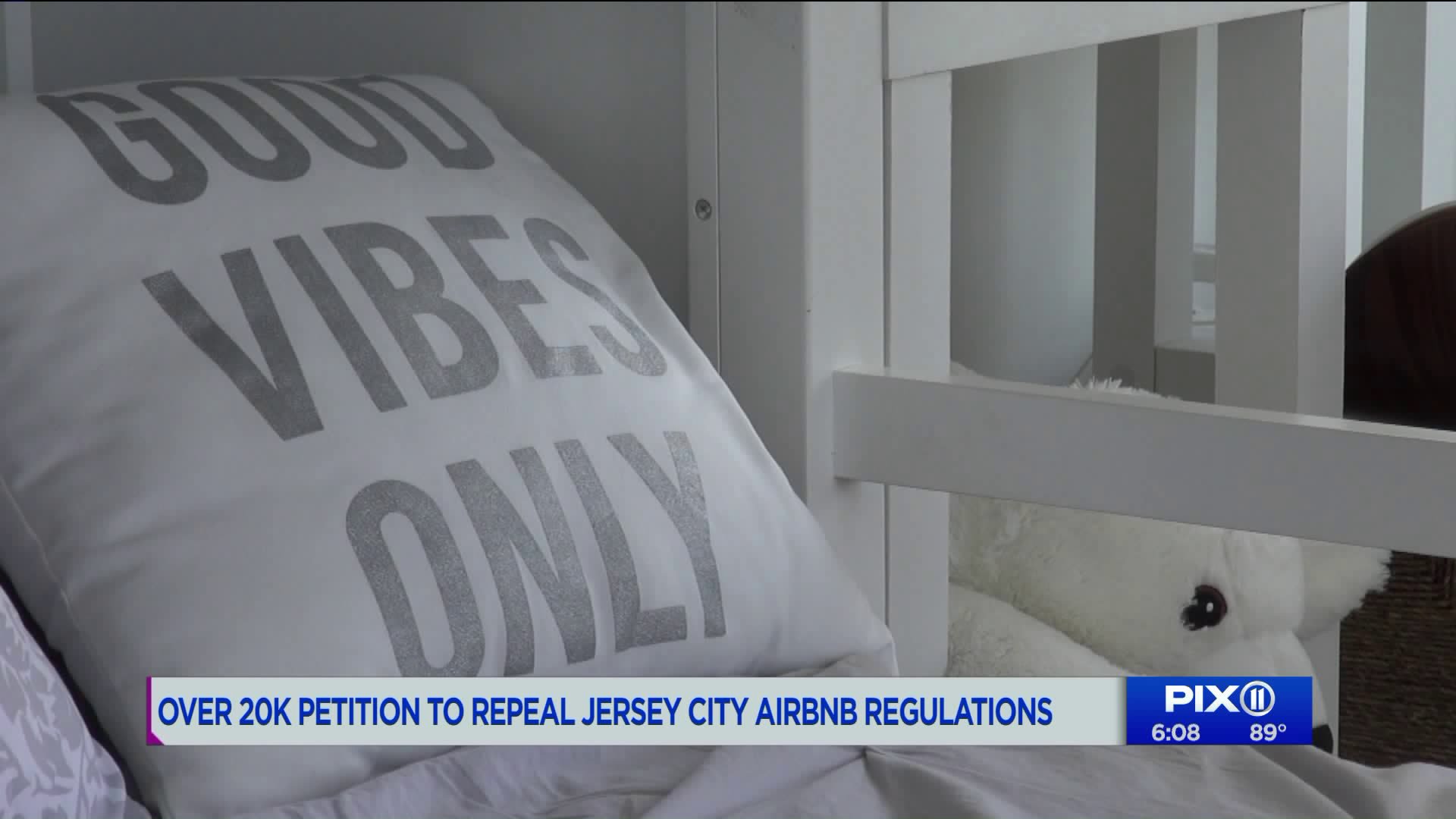 People are fighting back against Airbnb regulations recently enacted in Jersey City. "As a renter, the ordinance will basically kill everything I do," said Jeff Hauta, an Airbnb host.

"As a renter, the ordinance will basically kill everything I do," said Jeff Hauta, an Airbnb host.

Hauta is divorced, so when his two kids are not staying in his spare bedroom he often rents out their room.

"A lot of us are struggling parents with kids," he said. "Just trying to make extra money."

He is one of over 20,000 people who signed a written petition to rescind a new ordinance that would directly ban him and stifle others from renting Airbnb or other short-term rental sites.

Supporters of this rule say short-term rentals drive up rents and hurt residents’ quality of life.

“It protects homeowners and it protects neighborhoods," said Ward B Councilwoman Mira Prinz-Arey, a sponsor of the ordinance. "People were buying investment property and opening up, what were essentially small hotels across Jersey City.”

She and her co-sponsor behind this idea are not backing down.

“It was taking away long term housing and that was driving rent up,” said Ward E Councilman James Solomon.

But Airbnb says this rule could sink people.

"We have thousands of residents built up their livelihood around this economy," said Airbnb spokeswoman Liz Debold Fusco.

If the council does not rescind the ordinance, the question will be put on the ballot on Election Day in November.