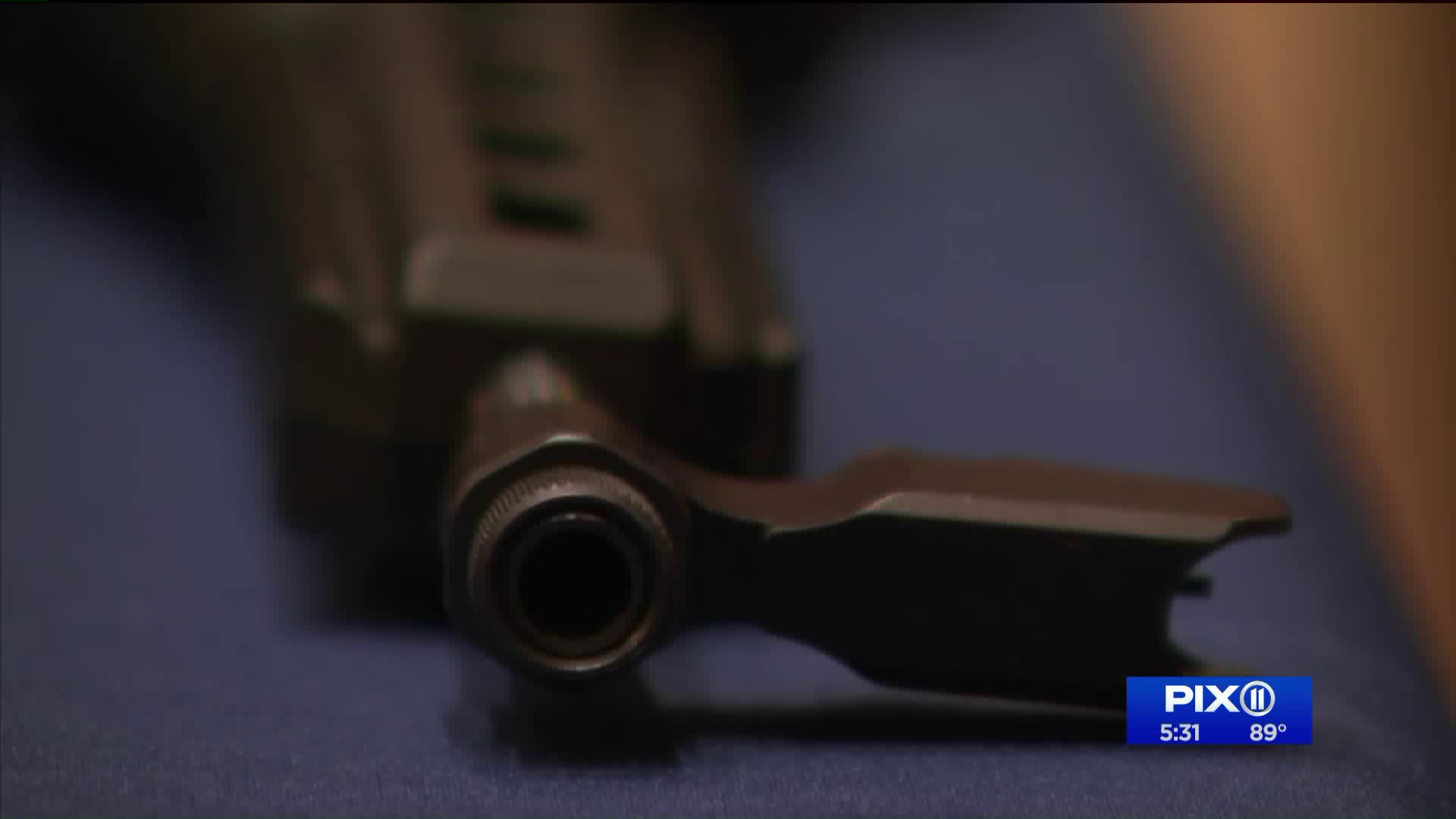 10 people have been indicted in what police are calling a "firearm ring" in Washington Heights after attempting to sell guns and ammunition to an undercover officer.

MANHATTAN— 10 people have been indicted in what police are calling a "firearm ring" in Washington Heights after attempting to sell guns and ammunition to an undercover officer.

[MAJOR GUN BUST] Manhattan DA Cy Vance and the NYPD just announced the take down of a Washington Heights based gun trafficking crew. They’re accused of selling these 43 guns to an undercover detectives. Full story at 5 on @pix11news #AyanaLive #AyanaReports pic.twitter.com/xsV6Vj38Eb

Among the more than 40 guns seized were 33 semiautomatic pistols, several assault weapons, according to NYPD Commissioner James O'Neill.

“To sustain record-low levels of crime in New York City, and to further reduce violence and disorder, we must hold illicit gun dealers responsible for their actions and do all we can to remove every illegal gun from our streets," O'Neill said.

Beginning in October 2018, LIRIANO and his codefendants — many of whom are associated with the Trinitarios street gang — sold 43 firearms and 353 rounds of corresponding ammunition to an undercover NYPD detective posing as a firearms dealer. The sales were typically coordinated over the phone, and took place in or around the undercover detective’s vehicle over 27 separate transactions, with prices ranging from $700 to $2,100 per firearm.