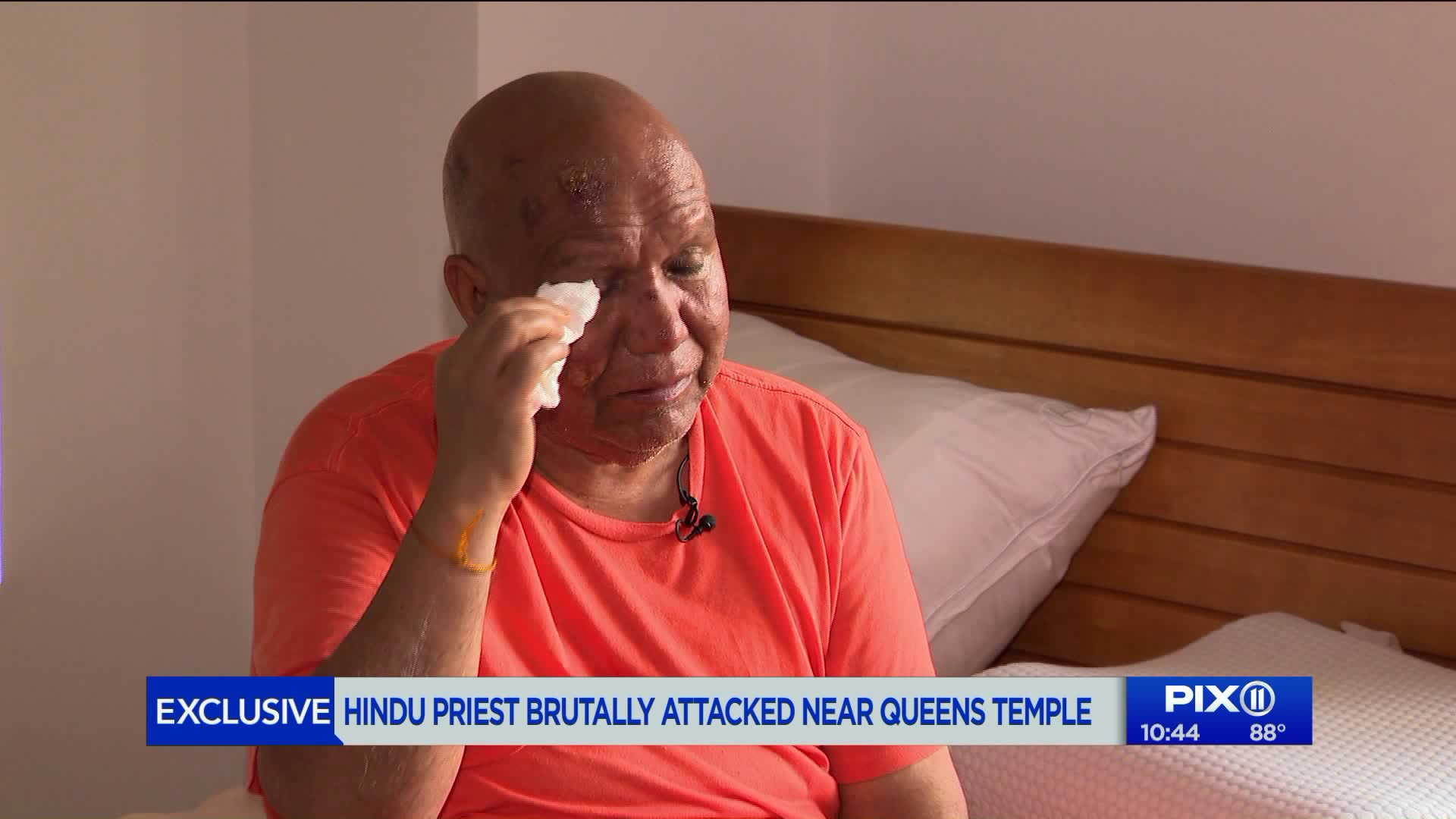 Just one day after being released from the hospital, Hindu priest, Swami Ji Harish Chander Puri shows PIX11`s Jennifer Bisram his bruises and abrasions all over his body, including his face.

GLEN OAKS, Queens — Just one day after being released from the hospital, Hindu priest, Swami Ji Harish Chander Puri shows PIX11’s Jennifer Bisram his bruises and abrasions all over his body, including his face.

“I’m in a little pain,” he said from a bed at his temple Friday night.

He said around 11 a.m. Thursday, near the Shiv Shakti Peeth in Glen Oaks, while he was walking down the street in his religious garb, a man came up from behind and started hitting him, repeatedly. He was beaten so badly, he had to be rushed to the hospital.

Police arrested 52-year old Sergio Gouveia in connection to the attack. He’s being charged with assault, harassment and criminal possession of a weapon. Police say they're looking into whether this is a potential hate crime.

People who attend the house of worship say they believe he was targeted, adding his attacker screamed things like, “this is my neighborhood,” during the incident.

“The fact that was dressed religious wear def made him stick out,” said another worshipper Radha Bakshi.

This comes after President Trump took to twitter this week to target four democratic congresswomen including Minnesota's Ilhan Omar, a Somali-born US citizen, prompting send her back chants from thousands at a rally in North Carolina days later.

"We are concerned since yesterday what is going on in our neighborhood,” said Jindal.

Back in Queens Friday night, the man of faith who's loved by his community is healing and still smiling. He says he will be praying for the man who attacked him.

"Sometimes people have no control,” he said.

"I hope we could all come together in some way,” added Bakshi.