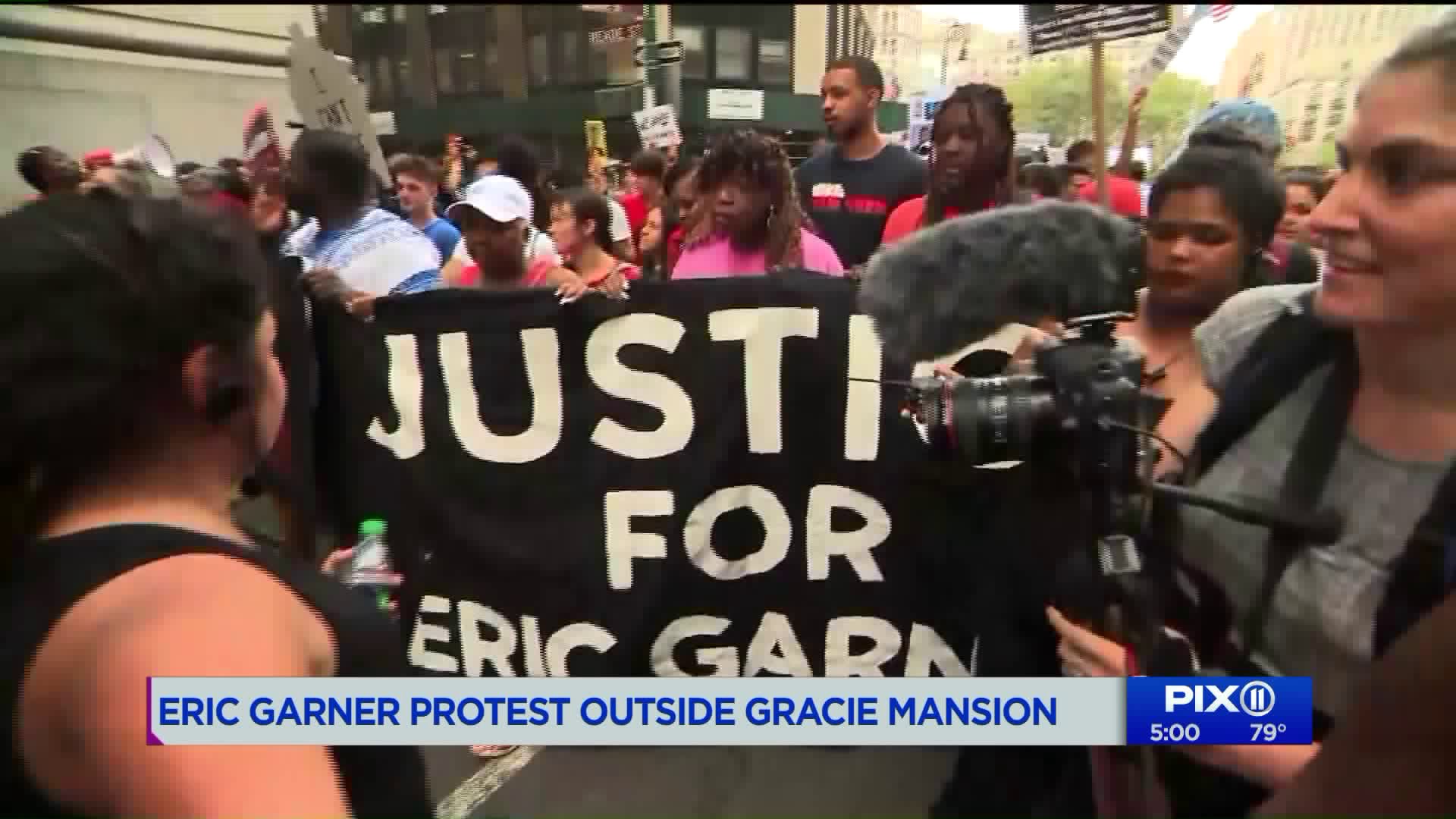 Federal investigators have been examining the circumstances of Garner`s death since 2014, after a grand jury in New York declined to indict the Staten Island officer. The city settled with Garner`s estate for $5.9 million in 2015. Federal authorities had a deadline of Wednesday to decide to bring charges against Pantaleo. Attorney General William Barr sided with a Justice Department team in New York over the Civil Rights Division in Washington when he made the decision not to bring charges against Pantaleo.

NEW YORK — Eric Garner died when officers tried to apprehend him on a Staten Island street corner five years ago, but people are still demanding justice for him.

At least half a dozen people were taken into NYPD custody Thursday at protests in front of Grace Mansion, where Mayor Bill de Blasio is set to host an invite-only event for Harlem Week.

Protests began on Tuesday when the Justice Department declined to bring federal charges against NYPD officer Daniel Pantaleo, who is accused of using a fatal chokehold on Garner on July 17, 2014.

Garner's family and protestors have called for de Blasio to fire Pantaleo from the NYPD. De Blasio said the decision is being left up to NYPD Commissioner James O'Neill. The mayor met with Garner's family on Thursday afternoon.

Activists are in the middle of 11 days of action in Garner's name. The 11 days are for the 11 times Garner called out "I can't breathe" when he was taken down by police.

Video from the street outside Gracie Mansion shows tense confrontations between protestors and NYPD officers.