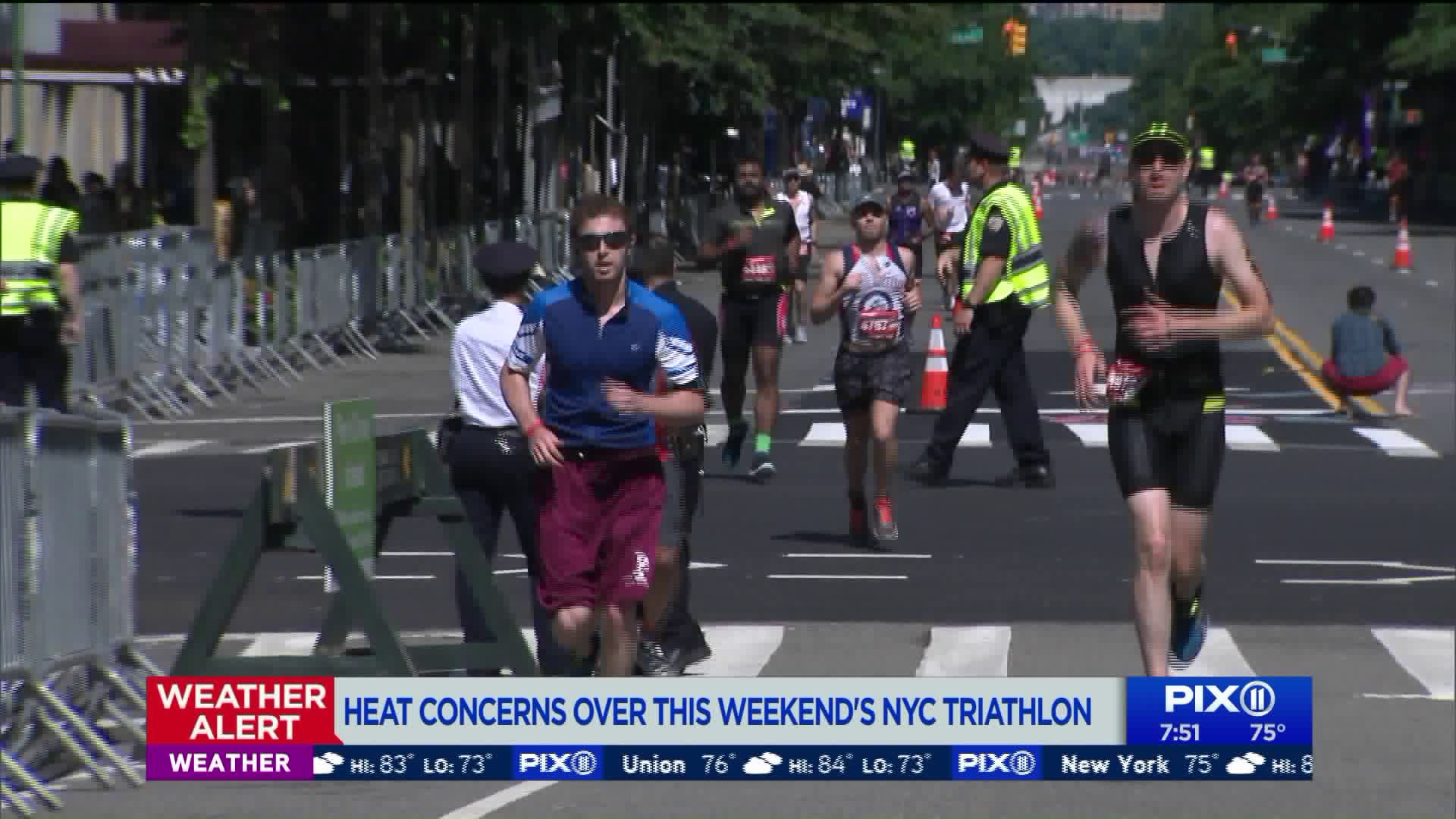 As New York City declared a heat emergency through the weekend, many people, including Mayor Bill de Blasio and city officials are suggesting this weekend's triathlon be postponed.

NEW YORK — As New York City declared a heat emergency through the weekend, many people, including Mayor Bill de Blasio and city officials are suggesting this weekend’s triathlon be postponed.

The New York City Triathlon is scheduled to take place Sunday, with thousands of athletes from around the world participating.

Will the extreme heat force organizers to cancel the event?

The tri-state area will be hit with 100-plus degree temperatures through Monday morning. Not only will the heat rise, humidity is also expected to flare up, particularly by Triathlon day.

“I respect the rights and freedoms of all Americans, but I don’t quite understand why the triathlon organizers want to continue on with their triathlon at this point,” de Blasio said.

The new head of the city’s Office of Emergency Management, Deanne Criswell, reiterated that the city is in communication with organizers, who are looking to make a decision the day before of the day of the event.

The city is also working with the fire department and EMS, who will be on hand for potential safety issues if the event goes on.

A spokesperson for the New York City Triathlon said the organization is monitoring the weather forecast.

“We are in close contact with several city officials. The safety of our athletes is a top priority as we review possible changes to event weekend. We will be sure to update you as decisions are made.”