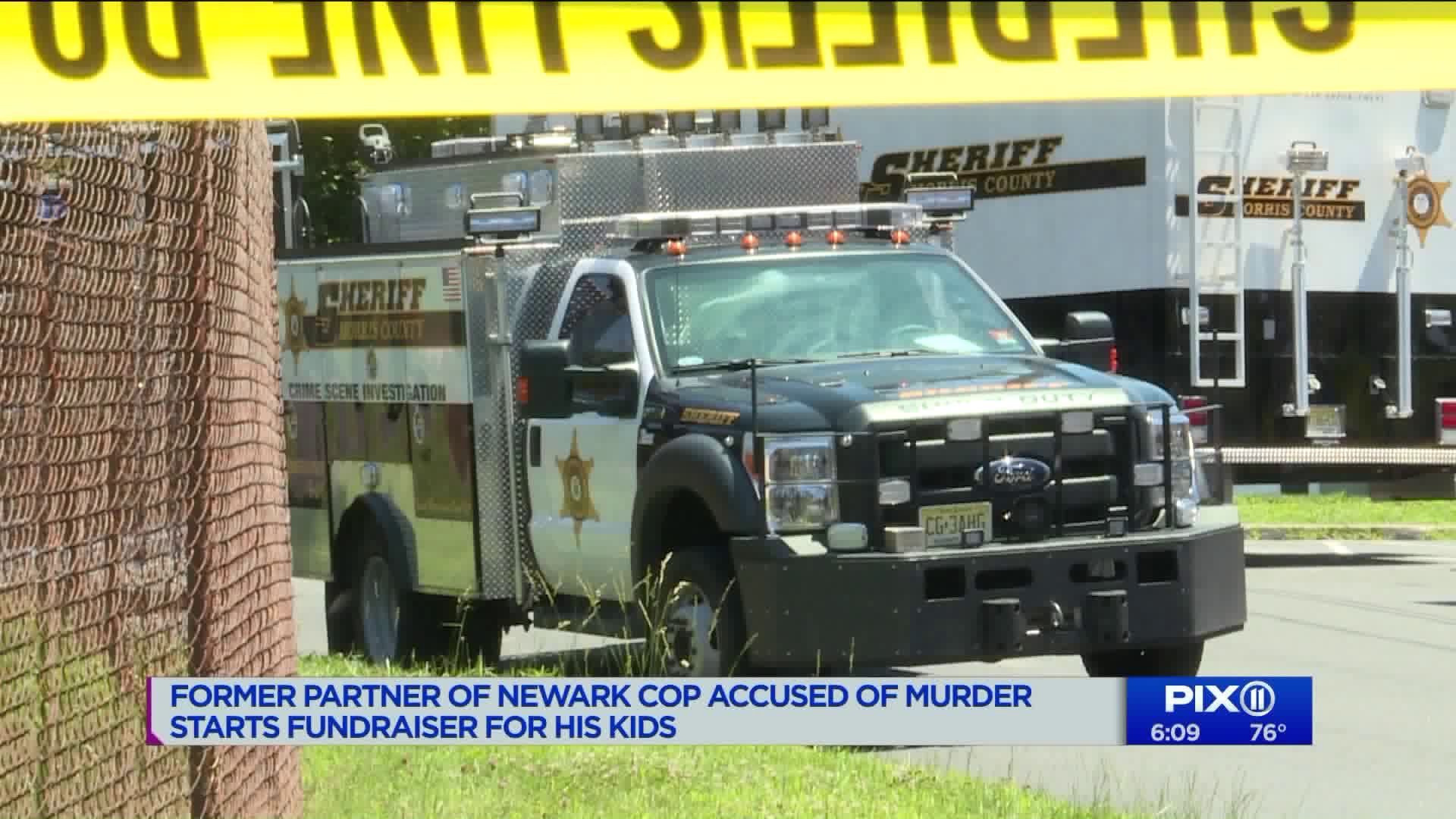 The old police partner of a Newark cop who is accused of killing his estranged wife and shooting her boyfriend spoke exclusively on camera to PIX11 about his efforts to raise money for the couple`s children.

The old police partner of a Newark cop who is accused of killing his estranged wife and shooting her boyfriend spoke exclusively on camera to PIX11 about his efforts to raise money for the couple’s children.

"It’s not going to be an easy road for them," said Miko Velez, who said he's been friends with John Formisano for 25 years.

Formisano is charged with gunning down Christine Solaro in their neighbor's yard on Sunday night in Jefferson Township.

The couple was in the process of getting a divorce. Their two children were home at the time.

"My focus right now is the children," said Velez, who declined to comment on whether Formisano showed any signs of violence prior to the attack.

Velez has started a GoFundMe campaign for the kids.

"They’re wonderful children full of love," he said. "Rachel is a Girl Scout and she’s into swimming. Ryan is younger."

Since the shooting, police have interviewed Solaro's boyfriend, who has only been identified as “T.C.”

He said Formisano called the house after 11 p.m. that night. Then Solaro saw a flashlight outside and locked her boyfriend in the bedroom.

Formisano allegedly broke down the bedroom door and shot the boyfriend numerous times.

Solaro tried to get help, she ran to the front door of two neighbors' homes. But she was shot to death on the front porch two doors down.

When Formisano got interviewed by detectives, he told police he was at the house to drop off a pair of glasses to one of his kids. He suspected a man was in the bedroom and said he “blacked out", but he did remember shooting his gun.

Neither of the kids were hit.

"They were put in a situation no child should ever be put in," said Velez.

Formisano is expected in court for a first appearance, but so far no date has been set.