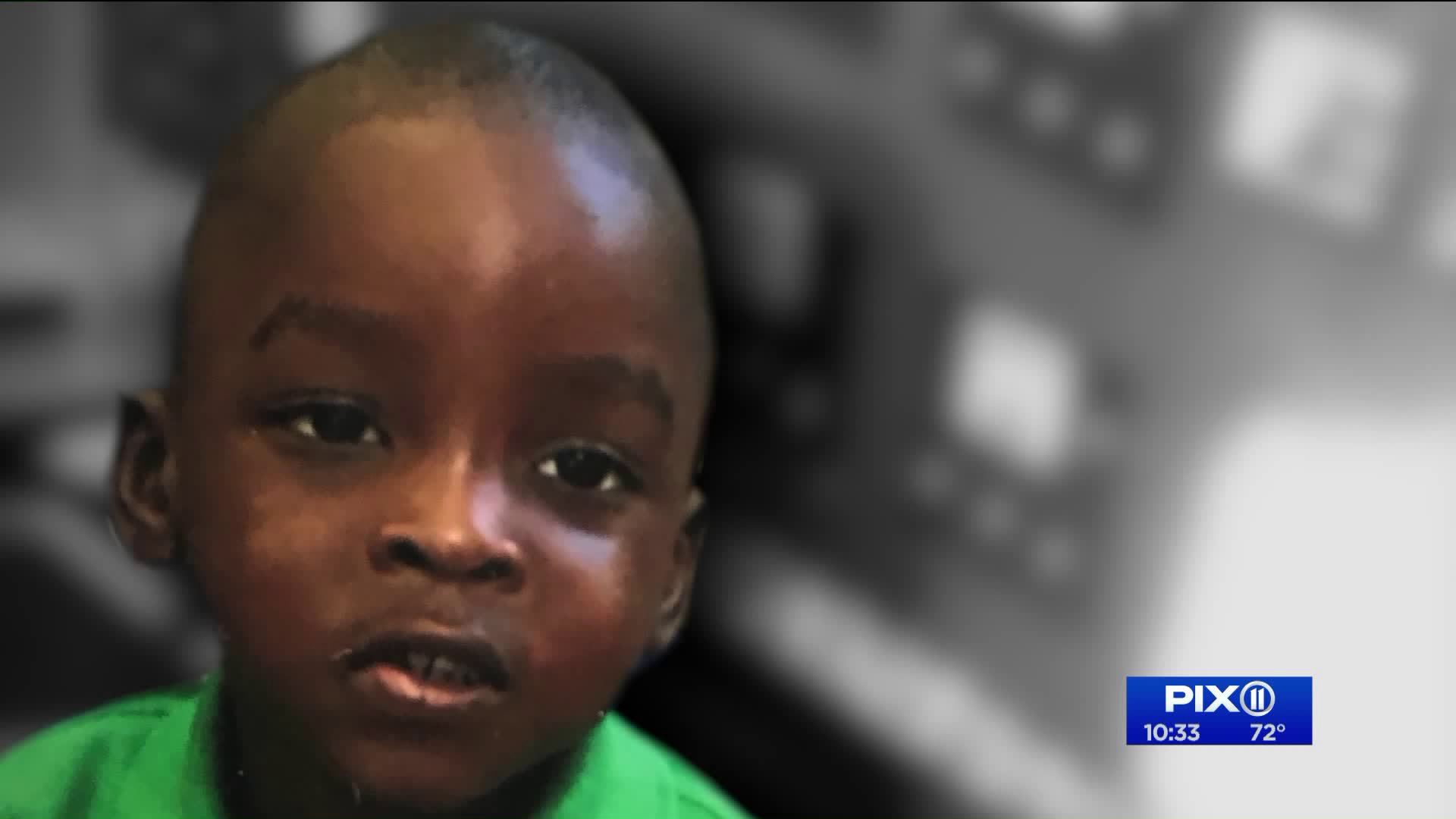 When PIX11 returned to 2425 Nostrand Avenue, seeking more information about the tragedy of a 20-year-old mentally ill man throwing his little brother from the roof, we were advised to seek the management company on Coney Island Avenue in Midwood.

BROOKLYN — When PIX11 returned to 2425 Nostrand Avenue, seeking more information about the tragedy of a 20-year-old mentally ill man throwing his little brother from the roof, we were advised to seek the management company on Coney Island Avenue in Midwood.

When we arrived at the firm, a man named Michael said he was the property manager—and he didn’t think a roof alarm had anything to do with what happened to 4-year-old Shimron Smith last September.

“We manage over 45 buildings,” the realtor said. “If you check all our buildings, the alarms are on there. Roofs cannot be locked. It’s an emergency exit.”

Odessa Frith, the grieving mother of little Shimron, is still anguished over the circumstances of the boy’s death.

Her oldest son, Shawn—who was diagnosed with schizophrenia in the spring of 2018—is charged with throwing his tiny brother from the rooftop on Nostrand Avenue.

It happened about 3 a.m. on Sept. 29, 2018 as the mother of six was sleeping inside an apartment where most of the electricity had been turned off.

Shawn Smith turned himself in to police.

He later told his mother he was hearing voices and thought his little brother was a “bag.”

“The owner of the building didn’t even call to say ‘sorry,’” the mother said through tears at her new apartment in Queens. “They didn’t even say ‘You have my sympathy.’ Nothing.”

Frith said a police officer had urged the building’s super to make sure the alarm was working after the NYPD responded to a 911 call in 2018.

Shawn Smith had threatened to jump from the roof, before cops talked him down.

A porter working in the building didn’t agree with the mother’s assessment of what happened.

He said about Shawn Smith, “He wake up in the night, he took him (Shimron) out, the alarm went off anyway; he would have thrown him off the building anyway.”

The heartbreaking case once again raises issues of how the seriously mentally ill are monitored—and whether safeguards can be put in place to avoid a tragedy.

Shawn’s family said he only took his medication for one week after receiving his diagnosis at Kings County Hospital, where he spent three weeks in the psychiatric ward.

“Nothing on our end could have prevented this,” the building manager said.