Air conditioning at NYCHA community centers, cooling centers is out with possible heat wave on the way 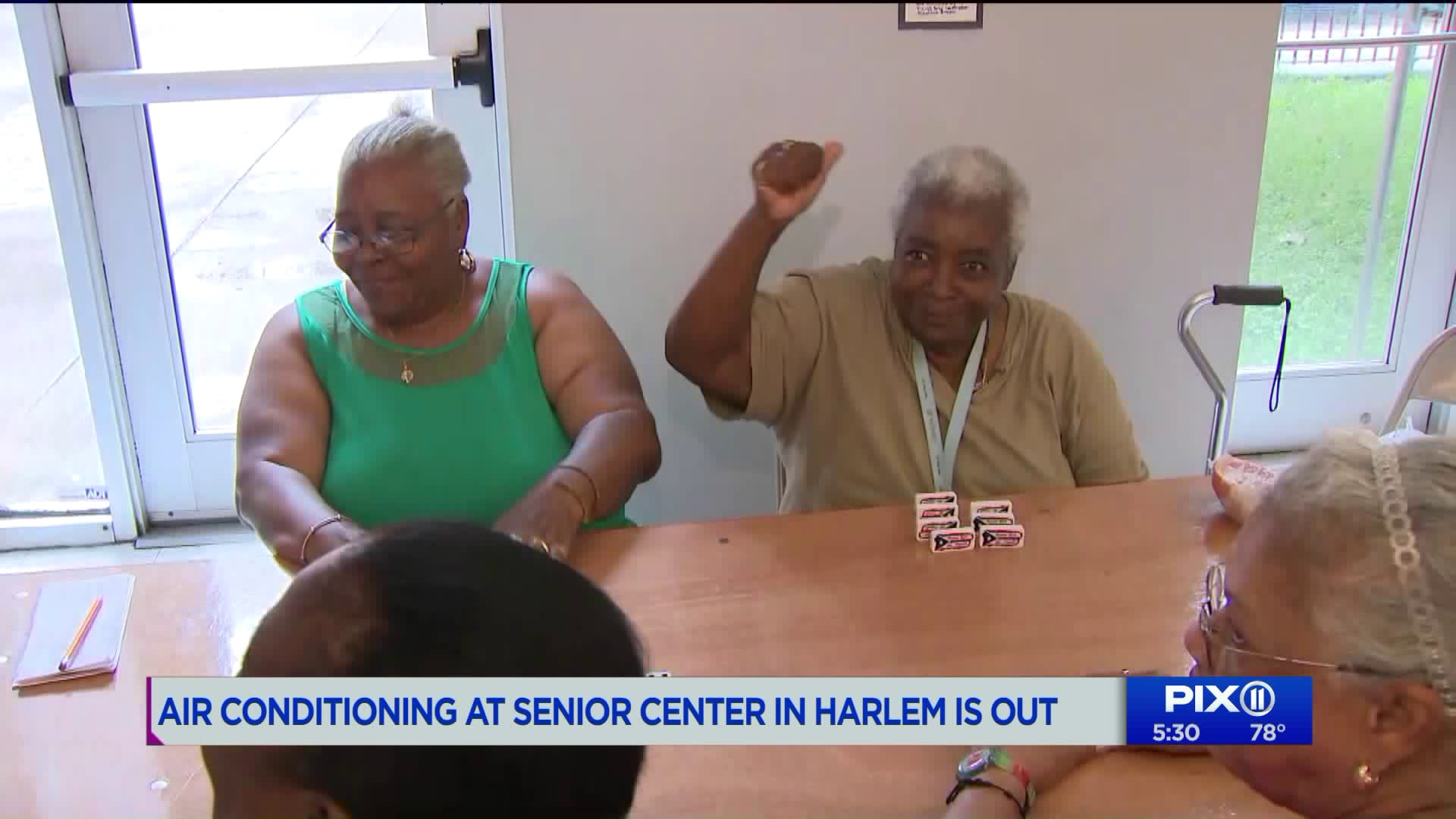 It`s supposed to serve as a cooling center, but it`s hot inside. Members of the community aren`t happy.

HARLEM, Manhattan — The New York City Housing AuthorityJohnson Community Center in Harlem is a cooling center, but it was really hot inside on Thursday.

Scan NY, a non profit group that provides support for high risk families in Harlem and the Bronx, rents out the space from NYCHA for children's programs in the summer. Program Director Cynthia Chism says they have 151 children there each day.

On Thursday morning, air conditioning finally came back on, but only in the gym.

It’s not just Harlem where there are cooling problems: it’s all across the city in NYCHA community centers. Viewers told us about AC problems during the live Monica Makes it Happen Facebook Show.

Senator Zellnor Myrie from Brooklyn said he has 23 NYCHA developments in his district. He says several have problems right now.

“Our children and our seniors are trying to utilize cooling centers and they can’t and it’s not a new problem,” said Myrie.

A City hall spokesperson told PIX11 that “NYCHA has been working tirelessly to make sure these community centers have relief from the heat."

NYCHA has installed cooling systems in all community centers as of Thursday afternoon.

One thing to note: Since these just came online, it will take some time to get these buildings to the 78 degrees that Mayor Bill de Blasio said buildings need to be at during a Wednesday press conference  (so if you went in right now, some may be above that temperature).

If you are hot, and need air conditioning in your community center, reach out to monica@pix11.com