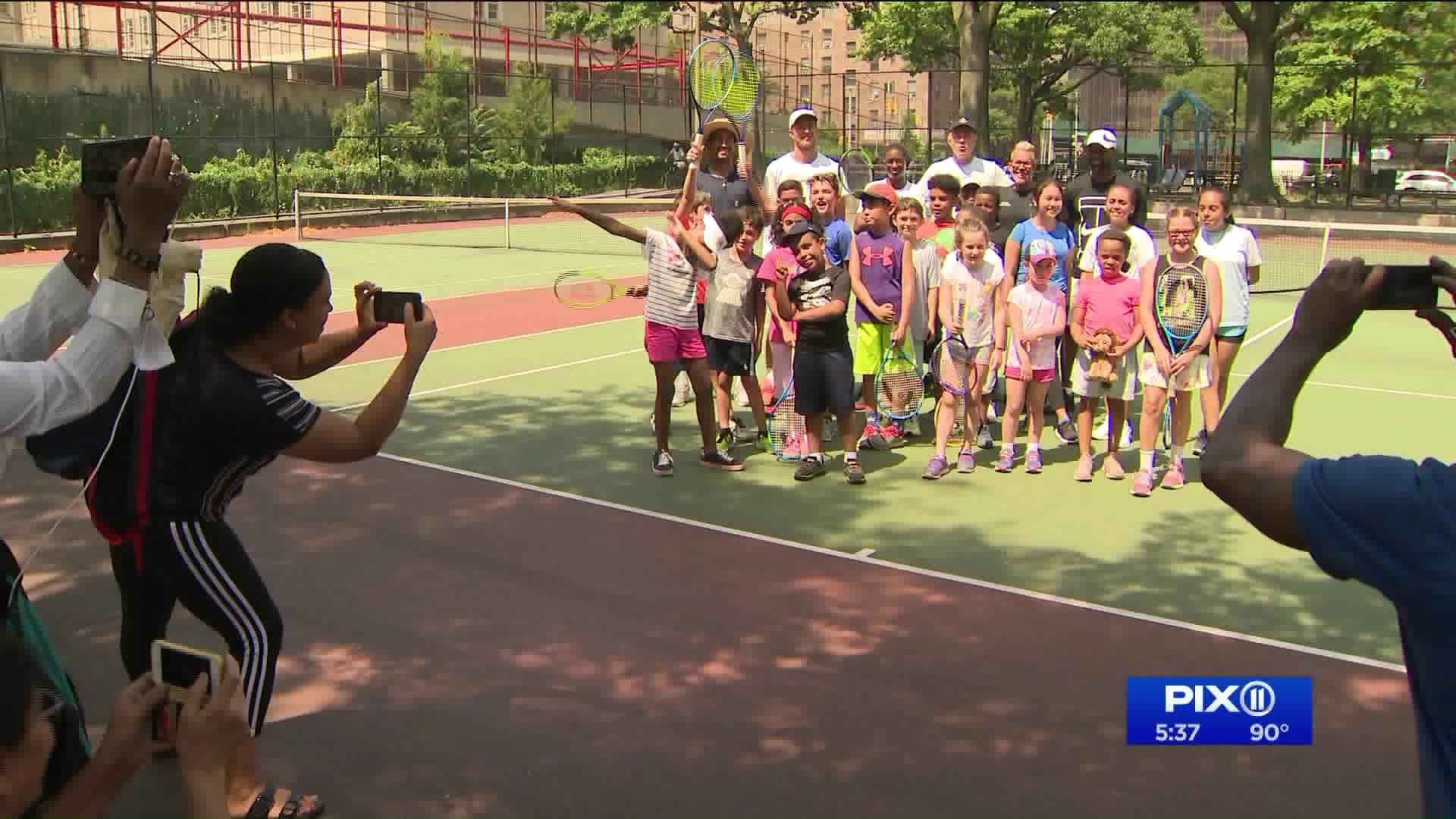 Not many kids could say they spent the summer with tennis legend John McEnroe at tennis camp.

HARLEM — Not many kids could say they spent the summer with tennis legend John McEnroe at tennis camp.

But if you were in Harlem today that was the case for dozens of children who tried out to be in his tennis academy. Not even piping hot temps in the high 90s could keep these kids off the tennis court. More than 60 of these pint-sized athletes came out to the Frederick Johnson playground tennis courts in Harlem for a chance to land a scholarship to the John McEnroe Tennis Academy.

The tennis legend and Queens native himself was on hand scoping the talent.

"I mean these are kids so you don’t want to put too much stress on them the main thing is you look for kids who are giving a great effort," McEnroe told PIX11.

Since its launch nearly a decade ago  the John McEnroe Tennis Academy has recruited standout players from underserved communities in our area, exposing young talents like Joshua Bey to world-class training the pros get.

"It made me a lot better and it’s free," Bey said.

"The goal is to get as many kids who can’t afford this great sport and opportunity to change their lives," McEnroe added. "I think tennis is kind of a microcosm of life, you learn character you learn how to deal with different things on a court."

For 9-year old Ava Brewer, it’s laying the groundwork for a future career.

"I want to win a lot of grand slams and I want to be one of the best," she said.