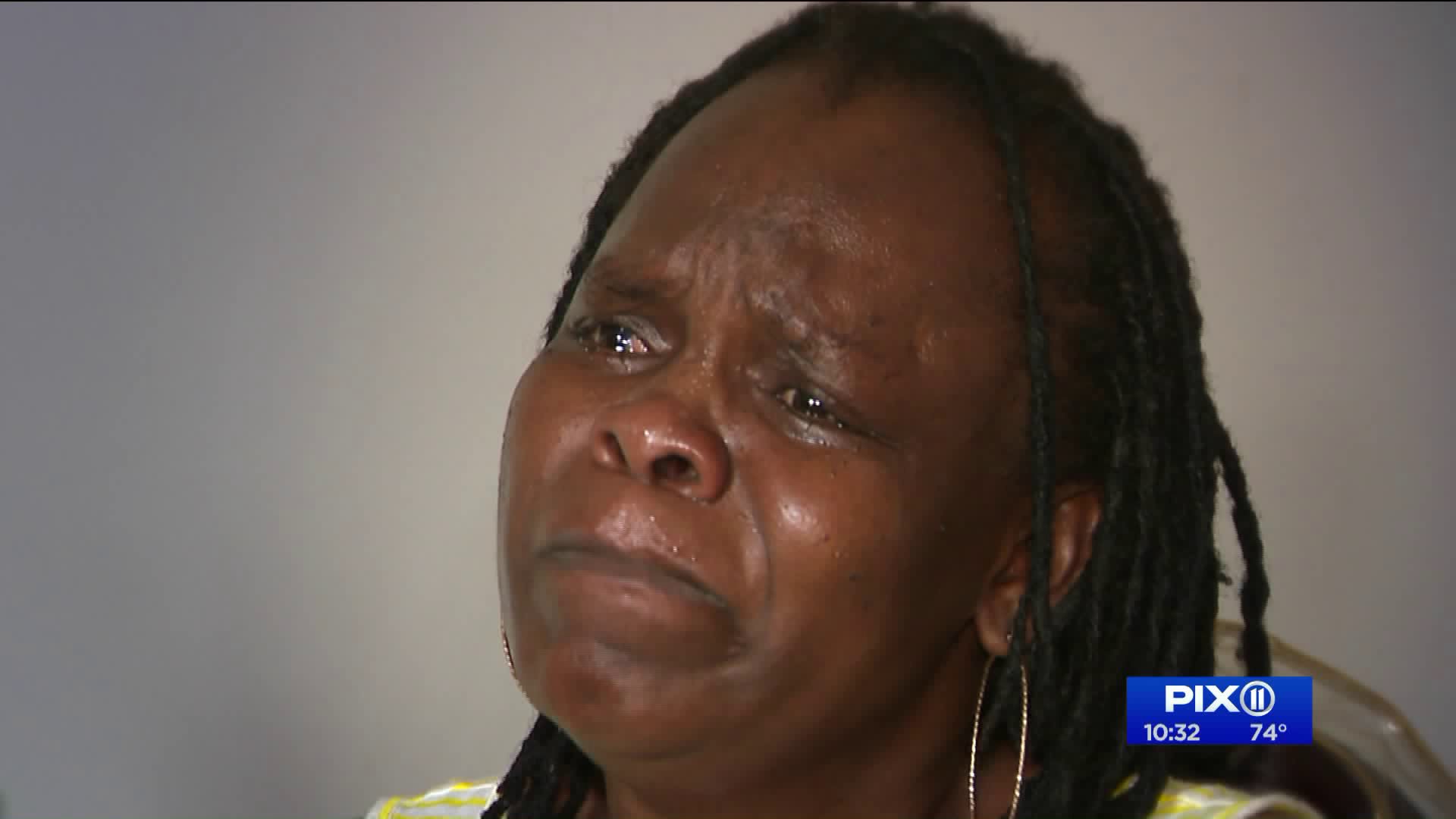 Odessa Frith moved to Queens after a devastating family tragedy last September that left her 4-year-old son, Shimron, dead in a Brooklyn courtyard and her oldest son, Shawn, charged with throwing the little boy from a roof.

QUEENS — Odessa Frith moved to Queens after a devastating family tragedy last September that left her 4-year-old son, Shimron, dead in a Brooklyn courtyard — and her oldest son, Shawn, charged with throwing the little boy from a roof.

“My daughter take the phone,” the mother remembered through sobs, “ and when she take the phone, she said, ‘Mommy, Shawn throw Shimron off the building!’”

Frith, who lived with her six children on Nostrand Avenue in Brooklyn — after emigrating to New York from Guyana in 2017 — is sharing her intensely painful story for the first time with PIX11 News.

She said she wants the public to know about the help she didn’t get after her 20-year-old son, Shawn Smith, was diagnosed with schizophrenia in the spring of 2018 at Kings County Hospital.

Shawn had threatened to jump from the roof but was talked down by police, after a call was made to 911.

Frith said Shawn spent three weeks in the psychiatric ward at Kings County, where he was given medication to manage his mental illness.

She had noticed he started acting strangely around his 19th birthday, hearing voices, but the diagnosis came when he was closer to age 20.

Shawn’s older sister picked him up to go home from the hospital and said medical personnel promised to keep track of Shawn.

She quoted the staff who released Shawn as saying, “They’re going to send somebody weekly” to the family’s apartment to make sure Shawn was taking the medicine.

“He took it for the first week,” the sister said about Shawn, “and then he didn’t want it.”

Psychiatrists are well aware of the side effects of specific medicines used to treat schizophrenia.

Dr. Lewis Nelson, who once ran the emergency room at NYU Hospital, told PIX11 in 2018 that people who refuse to take the medication put themselves and others at risk.

“Once they miss a few doses, their psychiatric illness starts to recur and, of course, it’s a spiral downward from there.”

Odessa Frith’s household was dealing with lots of stress in the weeks leading up to Saturday, Sept. 29, 2018.

Aside from Shawn’s illness, the electricity was turned off in most of the apartment, because another family member had stopped paying the bills.

Frith had gone to court on Friday, Sept. 28, to stave off an eviction proceeding.

She said she fried sausages for her family, including Shawn, before putting the youngest child, Shimron, to bed that Friday night.

At 3 a.m. on Saturday, Sept. 29, 2018, Frith said she woke up suddenly and realized little Shimron wasn’t sleeping in the bed near her.

She got up and went to the bathroom and noticed Shawn wasn’t in the apartment either.

Frith said she ran from the family’s 6th floor apartment down to the front of the building and saw police lights flashing.

“The officer said, ‘Mom, where are you going?’ I said I can’t find my baby and my big son.”

The mother learned the terrible news at the local precinct.

She waited eight months to go to Rikers to visit Shawn, who had flagged down police himself and admitted throwing his little brother from the roof.

When Shawn Smith saw his mother behind a plexiglass window at the jail, “He said, ‘Mommy, you came to find out what happened to Shimron?’ I said, Yes. He said, ‘Mom, I didn’t know it was Shimron. I thought it was a bag.’”

Odessa Frith seemed unaware that schizophrenia is one of the cruelest mental illnesses and one of the hardest to treat.

She remains anguished about things that happened before Shimron was killed and what happened afterwards.

“I know if that alarm was there, my baby would be alive today,” Frith said about the alarm connected to the roof door, “because my son would have turned back if that alarm went off.”

The mother said a police officer warned the building super to maintain the alarm, after Shawn Smith threatened to jump from the roof in the spring last year.

The realty company that manages the building said all of its roof alarms are in working order.

In our second report, we will detail our visit to the building on Nostrand Avenue and our conversation with the realty company.

Odessa Frith claims, “The owner of the building didn’t even call to say ‘sorry.’ They didn’t even say you have my sympathy. Nothing.”