Flooding, outages across the tri-state as NY, NJ suffer remnants of Barry 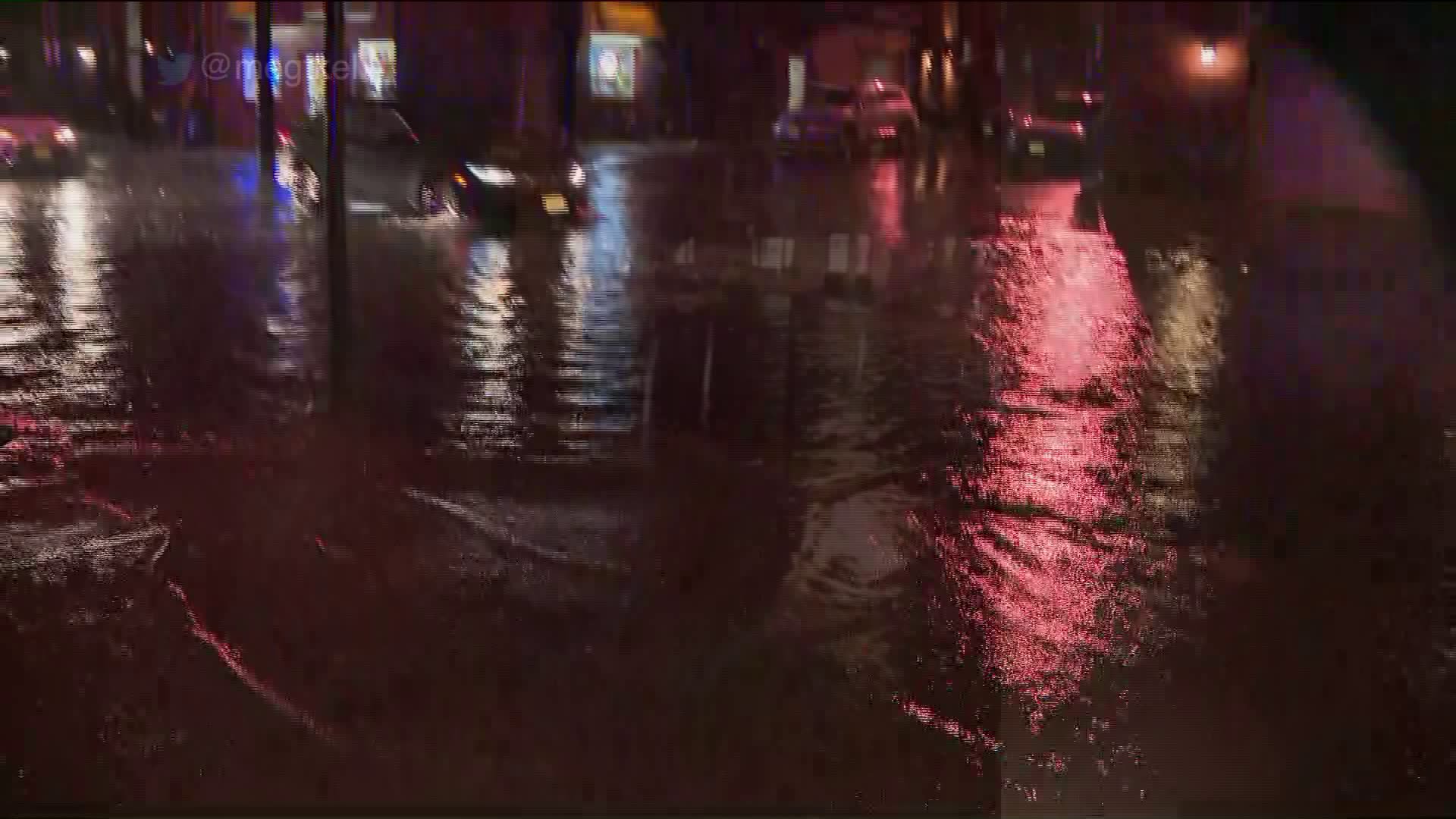 Flash floods and damage were reported around the tri-state area Wednesday. 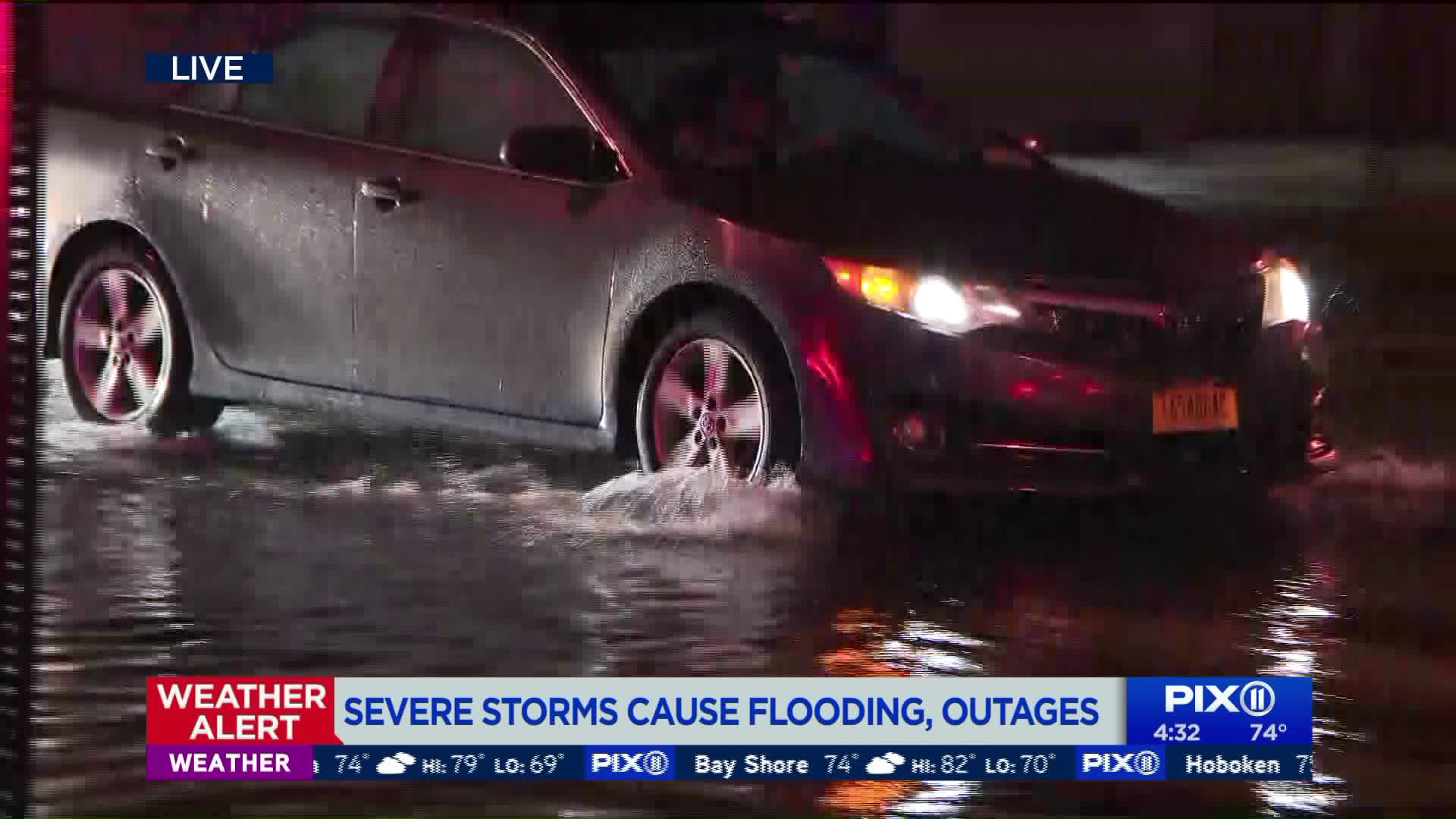 The entire tri-state area dealt with flash floods and power outages Wednesday night during thunderstorms that carried the remnants of Hurricane Barry into the area.

The severe storms came in the middle of a week of wild weather in the area, with temperatures regularly into the 90s. There's a chance it could hit 100 degrees this weekend in an expected heat wave.

In the city, Con Edison initially reported 5,886 customers without power across the five boroughs Wednesday at 10 p.m., but as of 5:30 a.m. Thursday, that number had dropped to 1,863 customers, Con Ed said.

The National Weather Service issued flash flood warnings across most of New York City and much of New Jersey Wednesday as thunderstorms moved into the area.

Hoboken is flooded as per usual. pic.twitter.com/0QdVH3K76a

Jersey City was also a wash.

#flashflood #jerseycity 7/17/19 Two cars with passengers stuck on the middle of the street. No one is getting through. #commute

In the city, the water managed to find its way into a subway car.

@BilldeBlasio Ummm. It appears to be getting worse. #help #nyc #drowning pic.twitter.com/6pwSBedeDJ

FDR Drive was not immune to the water works.

One passenger had an unpleasant time getting out of LaGuardia Airport.

After a terrible day in the airport/plane, which spent 2hrs rotting on the runway to deplane. And then cancel 2 hours after that, greeted by this leaving LaGuardia in an Uber pic.twitter.com/ZDFOMuapuE

A heat advisory is also in effect for Northeast New Jersey, New York City, Nassau County and Western Suffolk County, according to the National Weather Services.

The storms are set to hit while a heat advisory is effect for central and southern New Jersey, with temperatures expected to exceed 90 in both Jersey and New York City Wednesday, possibly feeling as hot as over 100 degrees with the humidity.

The shower and flood risk could likely continue into Thursday, which could keep us from reaching 90 degrees that day. However, humidity will remain in the area throughout the week.