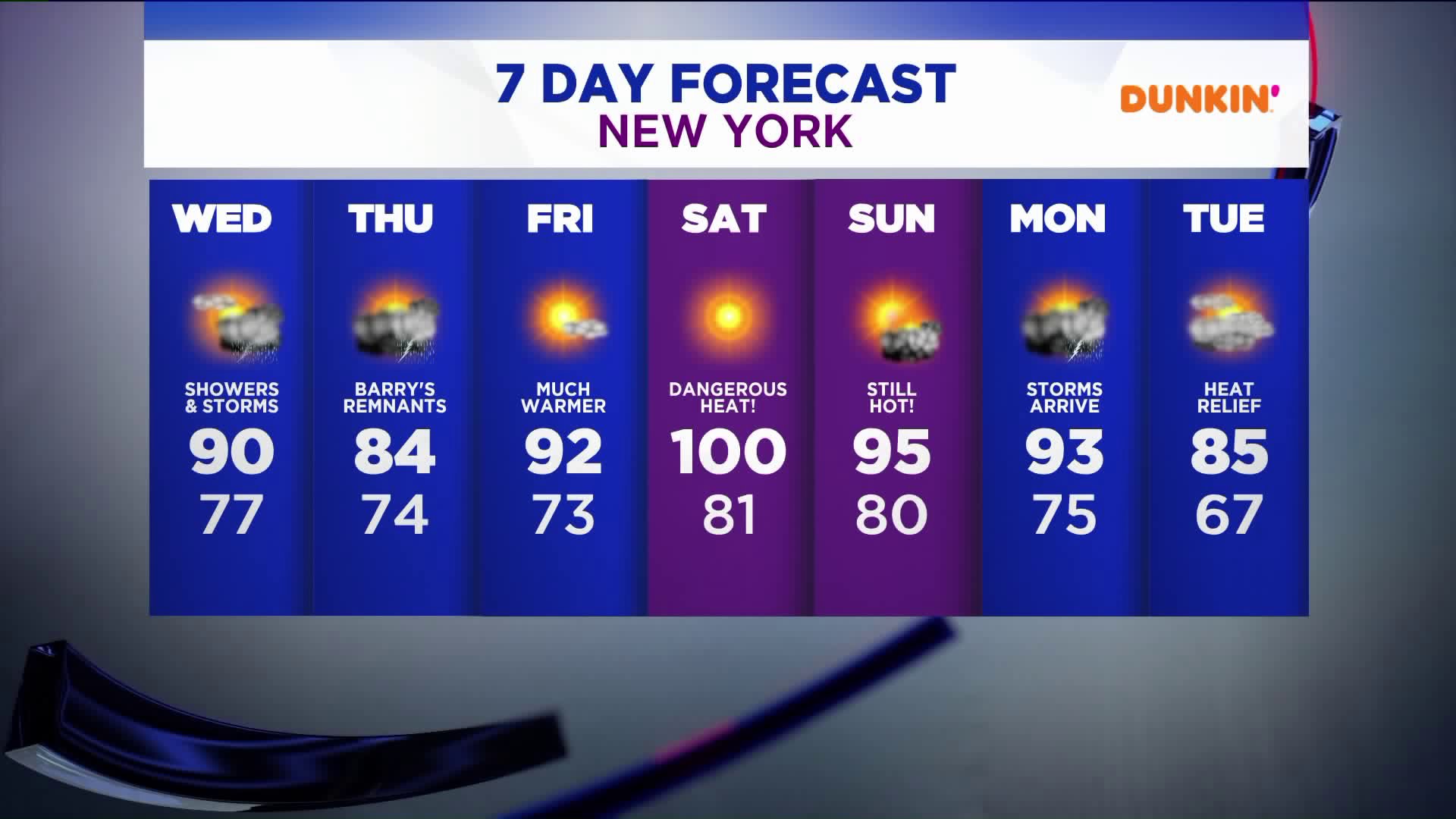 The National Weather Service has issued flash flood warnings across most of New York City and much of New Jersey as thunderstorms move into the area Wednesday night.

A heat advisory is also in effect for Northeast New Jersey, New York City, Nassau County and Western Suffolk County, according to the National Weather Services.

The storms are set to hit while a heat advisory is effect for central and southern New Jersey, with temperatures expected to exceed 90 in both Jersey and New York City Wednesday, possibly feeling as hot as over 100 degrees with the humidity.

The shower and flood risk could likely continue into Thursday, which could keep us from reaching 90 degrees that day. However, humidity will remain in the area throughout the week.

After Thursday, extreme heat and humidity will quickly return, as a heat wave is expected across the tri-state area.

Heading into the weekend, temperatures will likely soar into the 90s, with some spots potentially hitting 100 on Saturday. The heat index will be well into the triple digits for many locations if not by Friday, then on Saturday.

Sunday remains hot and humid with the air temperature in the mid-90s. By Monday, we could still be in the thick of it as temperatures hit 90, potentially for the fourth day in a row.