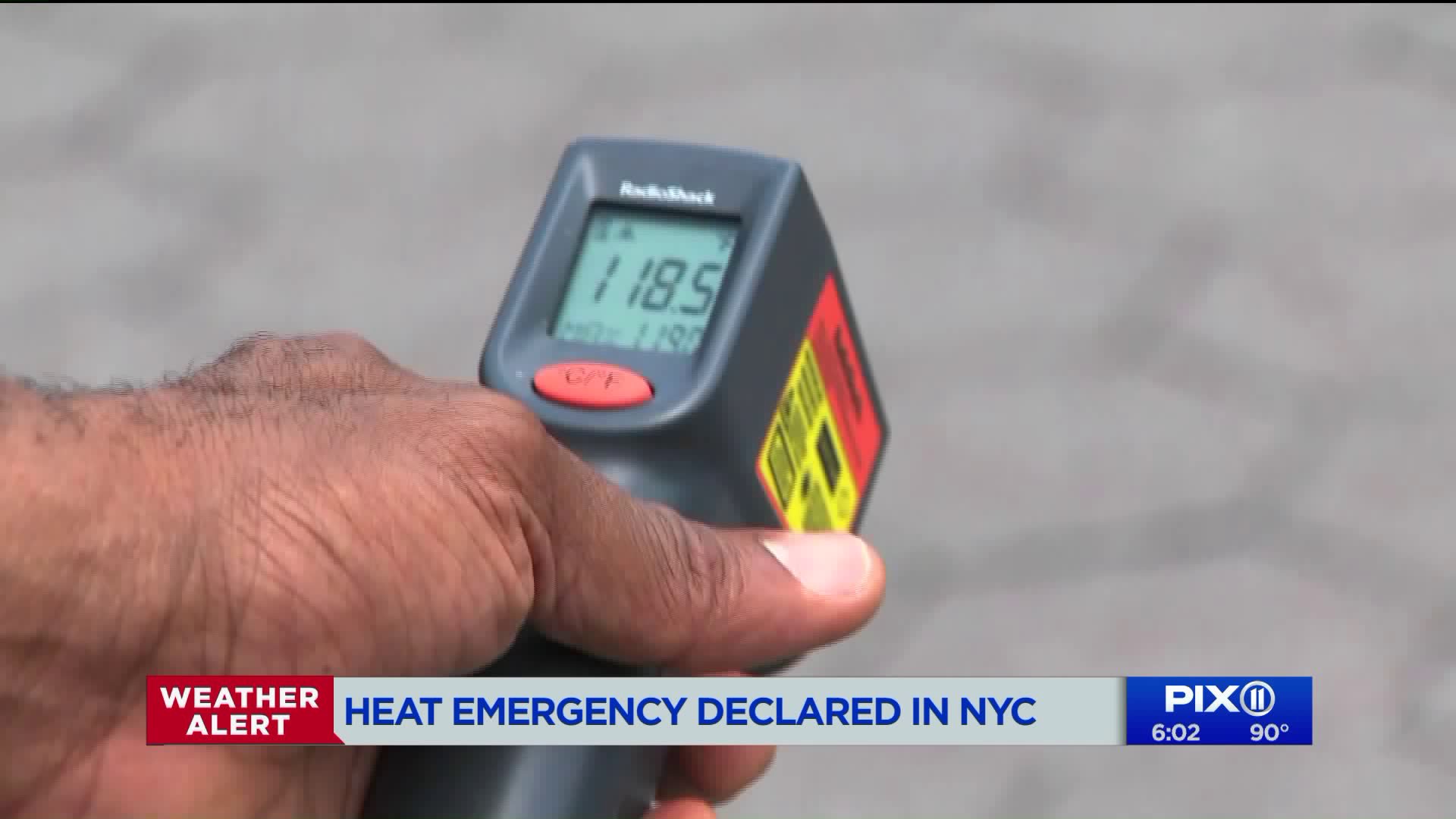 Mayor Bill de Blasio and other city officials spoke Wednesday as extreme heat is expected to hit New York and the tri-state area.

Saturday is projected to be the hottest day in New York City in the last seven years, according to the Mayor, making it the "most crucial" day of the anticipated heat wave.

"This is an exceedingly unusual situation that we're facing," said de Blasio.

Approximately 500 cooling centers have been opened ( information on cooling centers can be found here ), pool hours will be extended until 8 p.m., and playgrounds with sprinklers will be open until dark to accommodate children. Beach hours are not currently planned to be extended, though de Blasio asked officials to look into the possibility of extending them.

The mayor faced criticism, though, that some NYCHA facilities lacked working air conditioning ahead of the heat wave.

He and other officials repeatedly reminded New Yorkers -- if they have access to air conditioning -- to make sure to use it. Officials recommended setting thermostats to 78 degrees, which will keep people cool and will not strain the power grid. This comes after a massive blackout plagued the city this past weekend, with more than 70,000 customers without power.

While the mayor said he's been reassured by Con Edison that the utility company will be able to keep power on during this extreme heat, he admitted that he is "frustrated" and "jaded" after Saturday night's outage.

The mayor also said that he will be in New York this weekend amid the heat emergency, rather than visiting "early states" as a part of his presidential campaign.

Shelters will be open for homeless individuals, and outreach teams on the streets will be doubled.