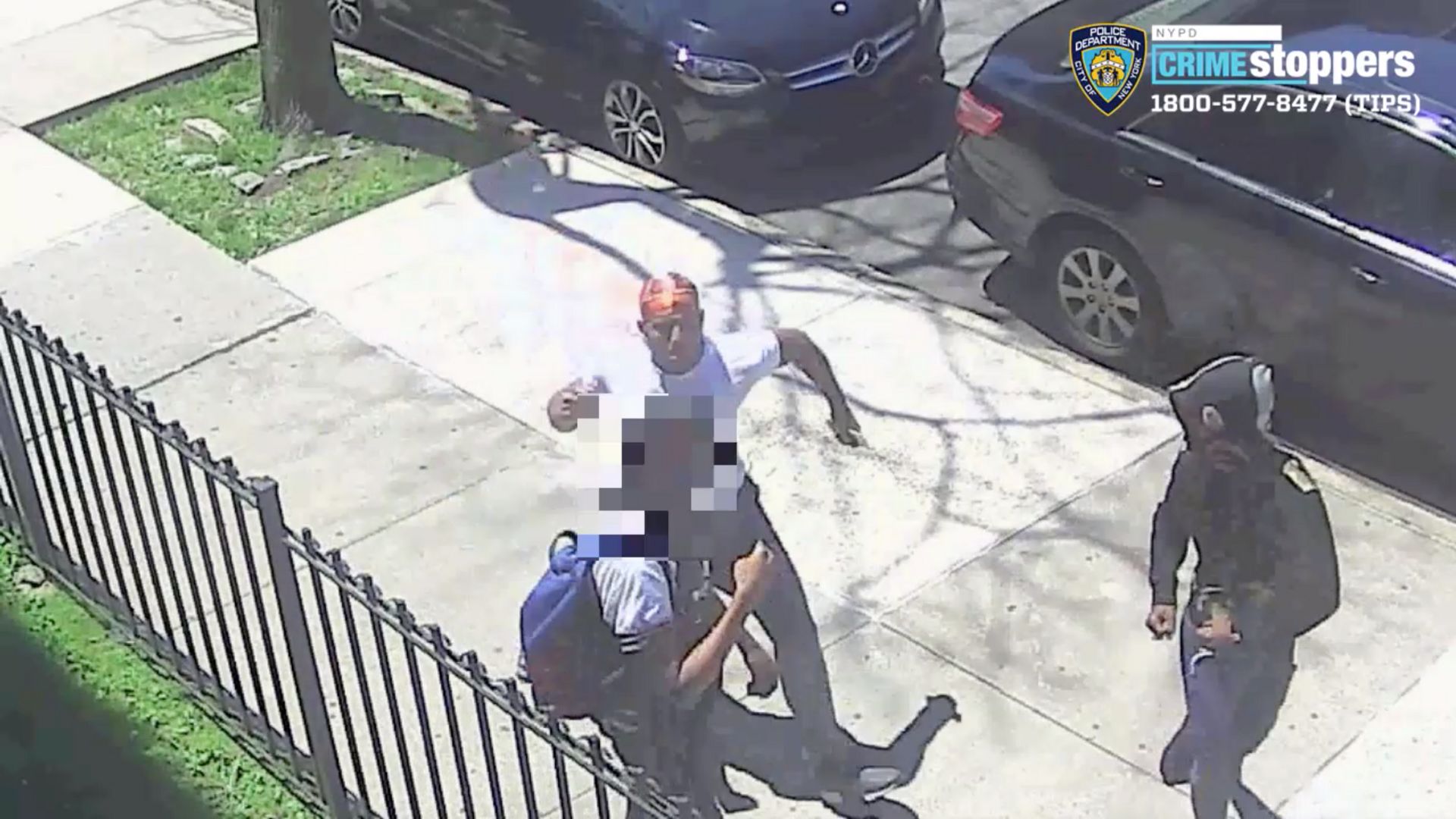 EAST FLATBUSH, Brooklyn — Police are searching for three men who allegedly attacked and robbed two 15-year-old boys within 30 minutes of each other in Brooklyn last month.

Both incidents occurred on June 26 between 12 p.m. and 12:30 p.m. near the corner of Foster and Brooklyn avenues in East Flatbush, according to police.

The first incident occurred when a 15-year-old male was walking to school. Three unidentified men allegedly threatened to harm him. The attackers then began punching the teen in the face and body before fleeing the scene with his cellphone, according to police.

The victim sustained minor injuries, according to the NYPD.

The victim complied and the attackers fled in an unknown direction with the victim's Google Pixel Phone, police say. There were no injuries reported as a result of this incident.

Police have released surveillance footage of one of the attacks and is asking for the public's help identifying the attackers.