Mom of Bronx school stabbing victim: Guilty verdict feels like a ‘weight has been lifted’ 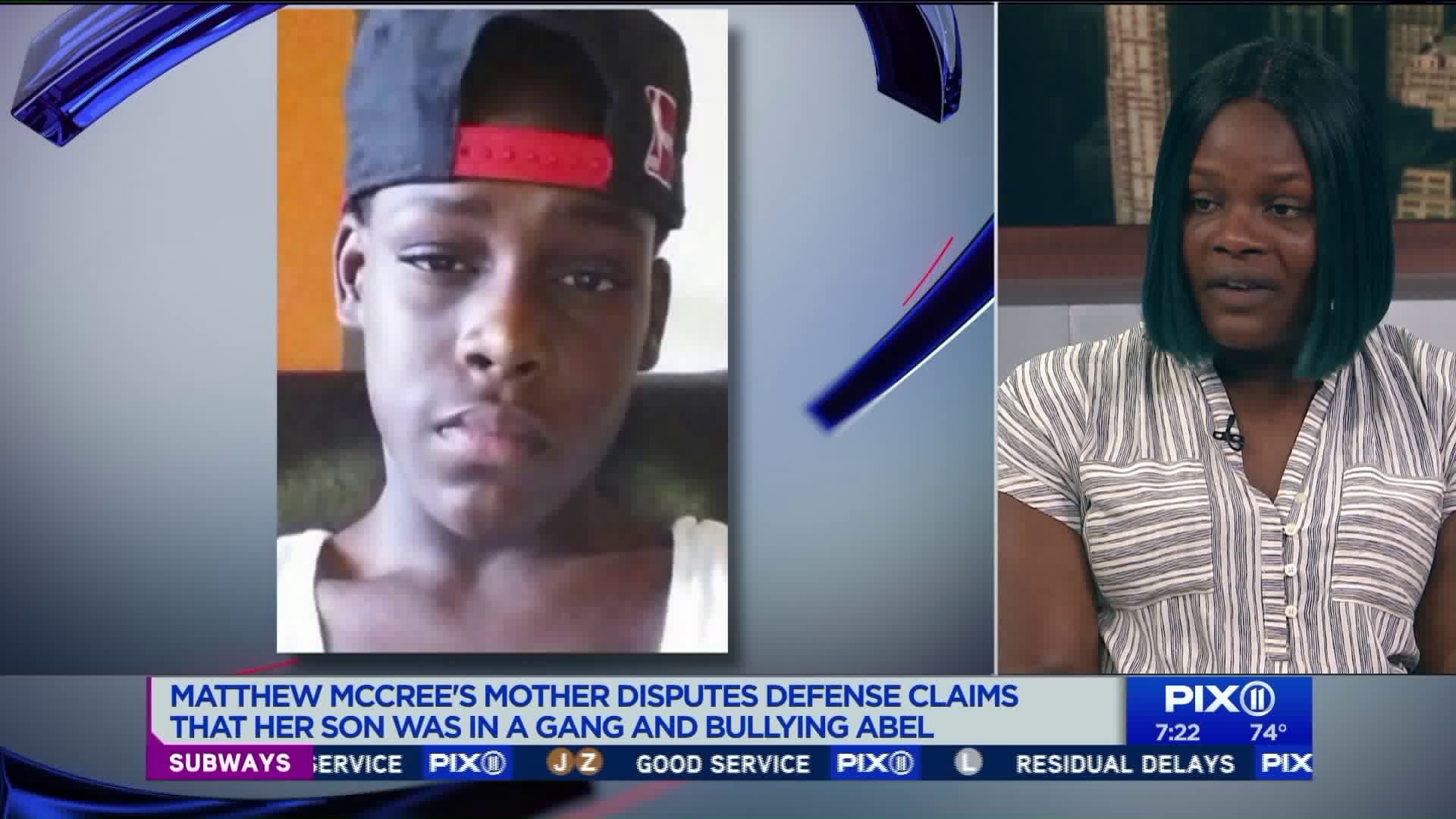 Just a day after Abel Cedeno was found guilty for killing his classmate, 15-year-old Matthew McCree, the victim`s mother speaks out, saying a "weight has been lifted off" of her and she got the outcome she wanted.

NEW YORK — One day after a judge found Abel Cedeno guilty in the 2017 Bronx classroom stabbing death of a classmate, the victim’s mother says a “weight has been lifted off” of her.

Louana Dennis waited two years to get the outcome she wanted: “Justice.”

A judge found Abel Cedeno guilty on all counts Monday afternoon in the stabbing that killed 15-year-old Matthew McCree and critically wounded Ariane Laboy, then 16.

Cedeno's defense team argued he brought the knife he used in the incident for protection after being bullied. Defense attorneys also tried depicting McCree as a bully and a member of a gang.

Dennis called those claims upsetting, taking it as racist, taking as "if you're black, you don't do nothing but join gangs." She also says her son never bullied anyone, including Cedeno.

According to trial testimony, McCree and Laboy didn't know or socialize with Cedeno before the Sept. 27 incident.

On that day, all three teens were in a history class. Cedeno was in the doorway of the classroom, about to leave, when something was thrown at him, according to court testimony. He angrily asked who had thrown it and McCree, who was sitting in the row with Laboy, said he had thrown it. McCree apologized and said the object was not meant to hit Cedeno.

Angry, Cedeno challenged McCree, who was unarmed, to a fight.  Cedeno stabbed McCree in the heart. Laboy, who was good friends with McCree, was stabbed five times when he tried to defend his friend.

Dennis wants her son to be remembered as a loving person and kid who loved school. "I'll never get that back."

Cedeno faces up tp 50 years behind bars when he's sentenced on Sept. 10.