Service changes along the L line for the rest of July 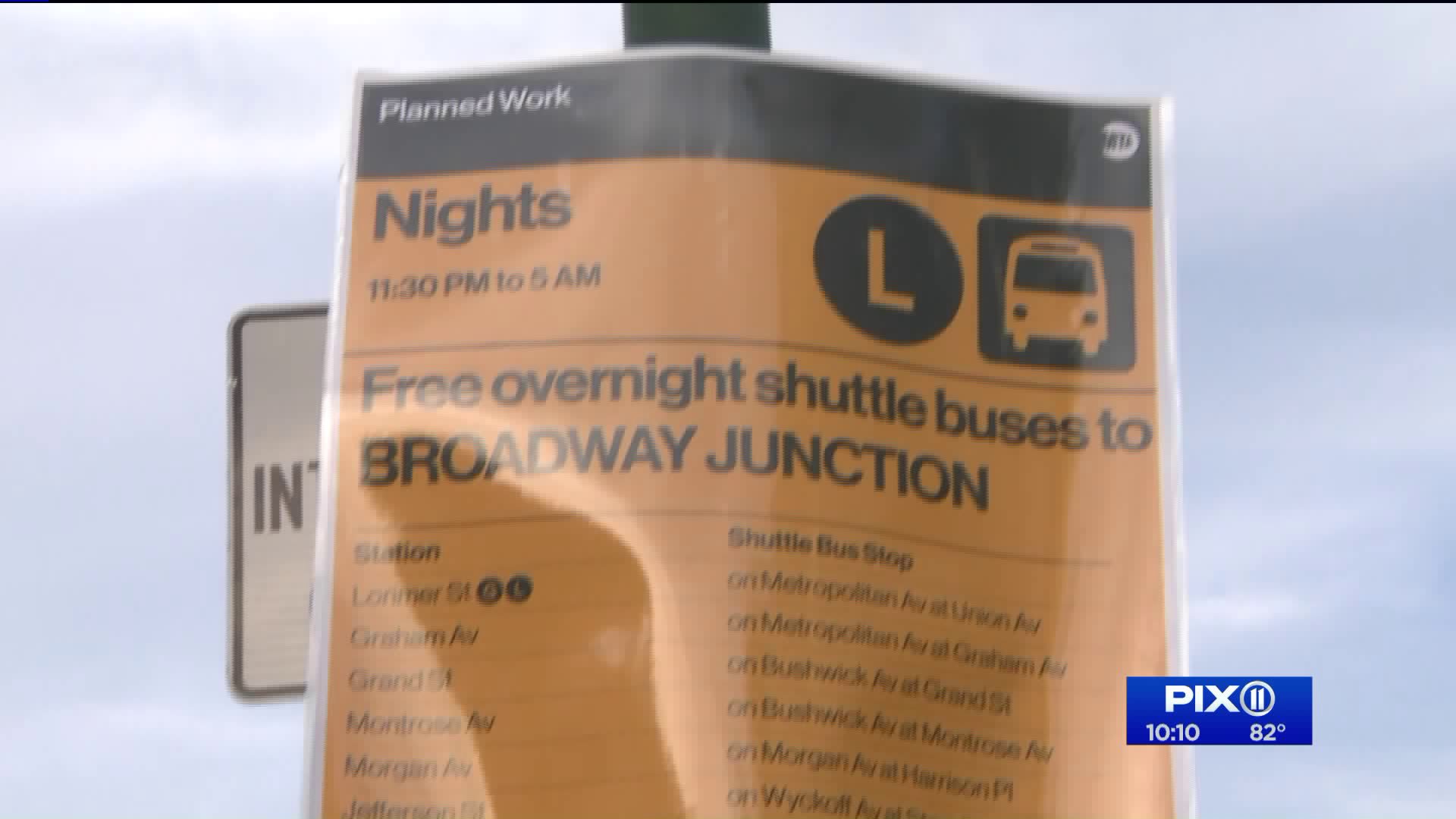 This week another service change begins for the L train and it will run on weeknights for the rest of the month.

Three months into the major project along the L train , changes are being announced for the service plan overnight and on the weekends along a section of track.

Weekday L train service from 5 a.m. until 8 p.m. has continued and will continue during this phase.

For the rest of the July, there will be no L train in Brooklyn between Lorimer Street and Broadway Junction during the overnights or on the weekends.

The train will run in two sections with shuttle buses connecting Lorimer Street and Broadway Junction during the overnights and weekends. Transit says the shuttle buses will run every three minutes.

Alternative subway lines have seen increases in service when the L is limited overnight and on weekends. It can be a twenty minute wait.

MTA has released pictures of the work that’s being done in the tunnel connecting Brooklyn and Manhattan.

The project is moving to the a phase that requires full access to stations and platforms.

After the first weekend in August, the service schedule is expected to be more similar to the original plan. Additional changes are possible.

The project has been estimated to take 15-months. It began at the end of April 2019.

Monthly presentations to the board have indicated the project is moving ahead slightly ahead of schedule.