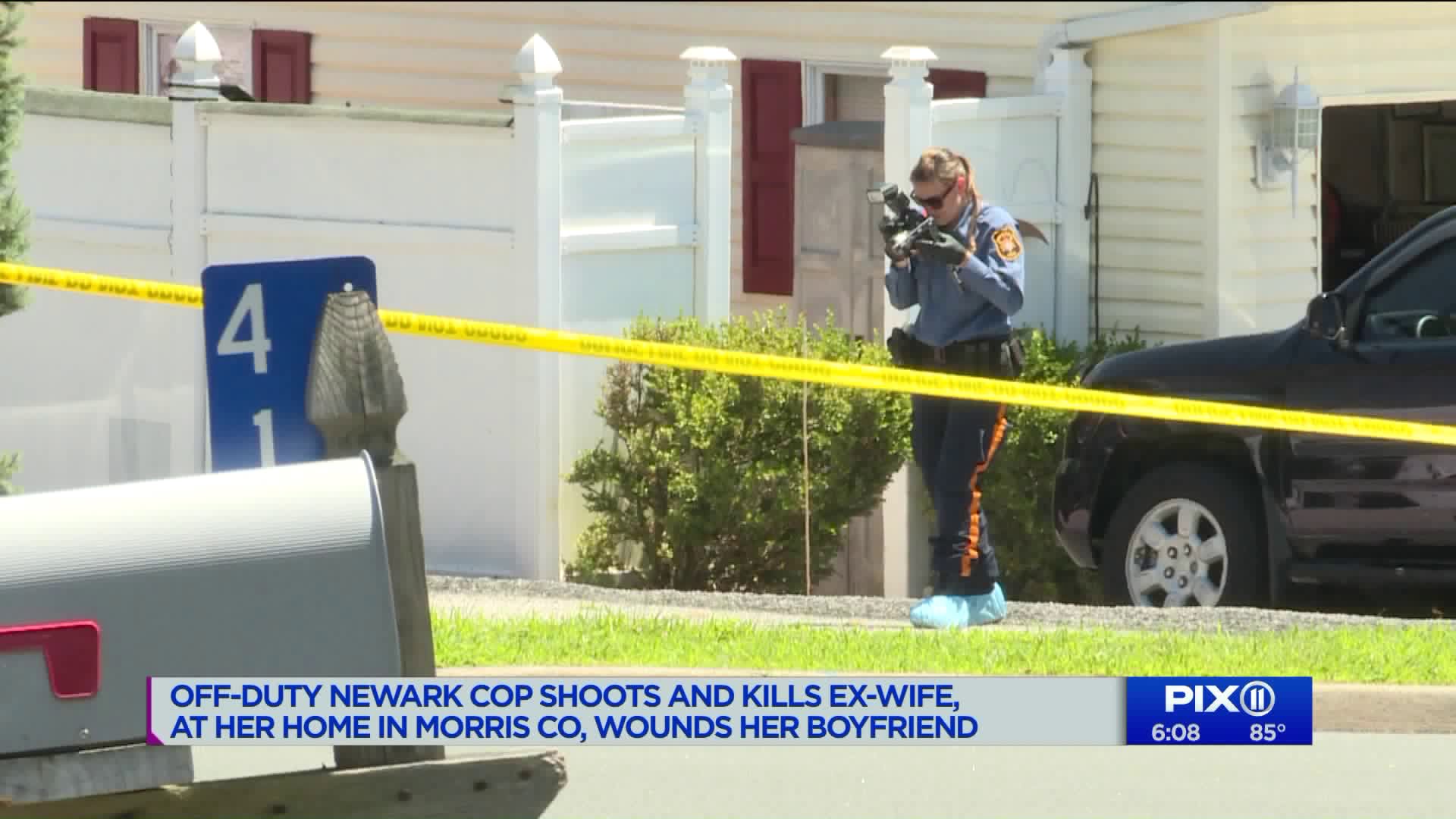 Authorities say an off-duty police officer shot and killed his ex-wife and wounded her boyfriend at a northern New Jersey home. Essex County prosecutors say Newark police Lt. John Formisano was arrested early Monday at his parents` home in Livingston, not long after the shooting occurred in Jefferson. The 49-year-old Formisano is a 24-year veteran of the force.

Photo of the house authorities say NJ police officer killed his ex-wife and injured her boyfriend.

Lt. John Formisano allegedly shot and killed his ex-wife and shot her boyfriend inside a home located on Mirror Place in Jefferson Township  around 11:20 p.m. Sunday night, according to police.

Formisano, who worked for the Newark Police Department for 24 years, was taken into custody at his parents house in Livingston New Jersey, according to NJ.com.

A retired Passaic County Sheriff's Officer who lives in the neighborhood told NJ.com that a neighbor saw the shooter.

"(Formisano) went in the front door, " Thomas Verrone said. "He shot the boyfriend three times and he shot the wife two times. She ran out of that house, went to next-door neighbor banging on the door, yelling she had been shot. But it was late at night so no one answered. He came out, followed her and she went to the other neighbor’s house. She opened the (screen) door and then he unloaded more on her she fell there.”

Julia Rivera, who was visiting her boyfriend near the victims'm home told the Morristown Daily Record that she heard multiple gun shots around the time the alleged incident took place.

Formisano was immediately suspended without pay, according to the Newark Police Department.

The ex-wife's name has not yet been released and the condition of the boyfriend is unknown.

“The Newark Public Safety Department is deeply saddened by the family tragedy involving Newark Police Lt. John Formisano. Our foremost concern, of course, is for the couple’s two children who have lost their mother and for the family of the victim. Lt. Formisano’s colleagues in our police division were shocked by the news of the shooting and we recognize it this is a tragedy beyond comprehension for all involved.”