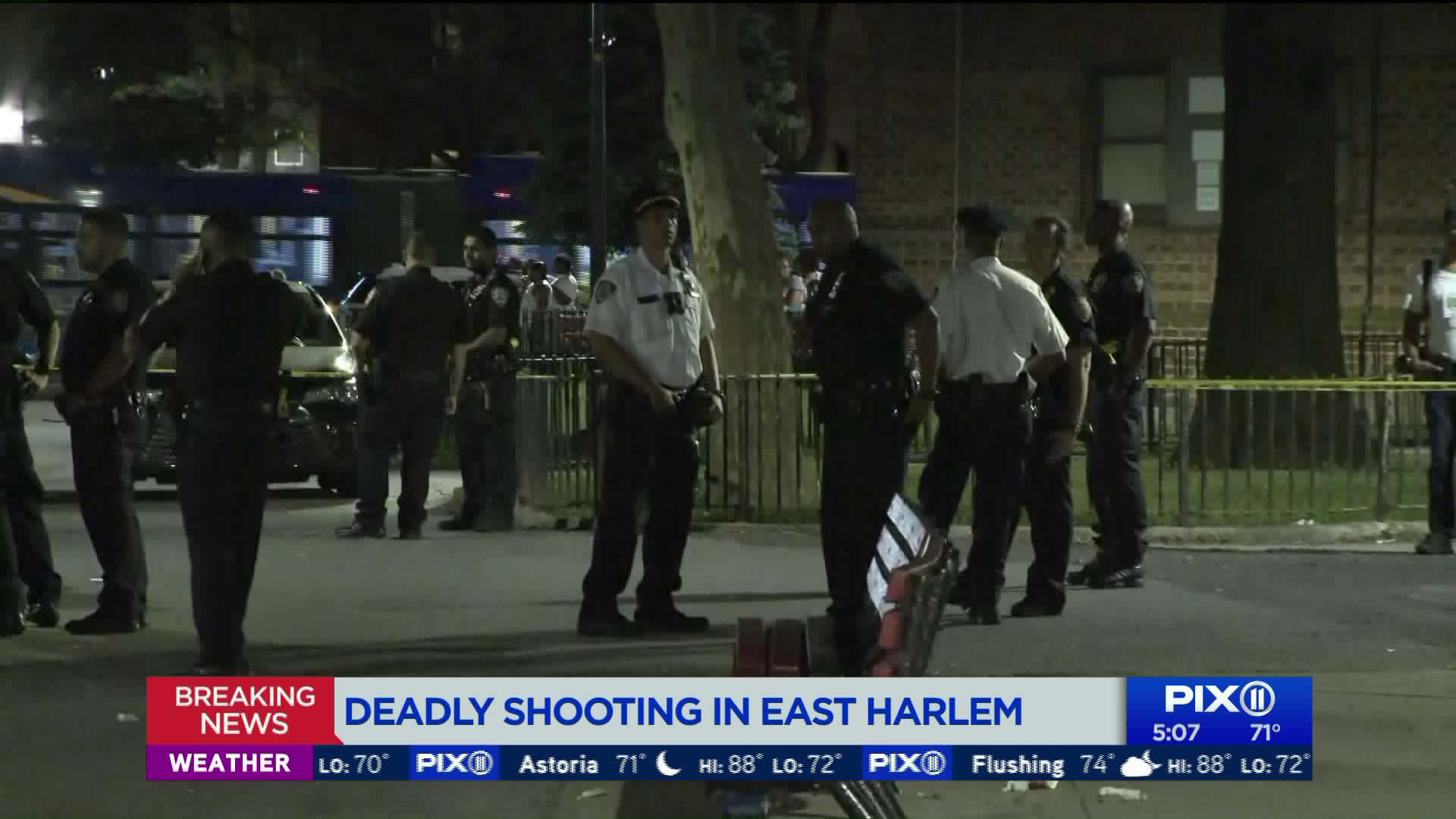 A third man fled the scene; police are now searching for him.

EAST HARLEM, Manhattan — A man was killed and another was injured in a shooting at a NYCHA building in East Harlem early Monday.

The shooting happened in a courtyard at the Wagner Houses at 120th Street near First  Avenue around 1 a.m.

A third man involved in the shooting fled the scene, and police are searching for him.

Police are unsure what sparked the incident.

Both men were taken to NYC Health + Hospitals/Harlem.

PIX11 News spoke to a woman who identified herself as the deceased victim's aunt. She says the men, who are cousins, were at a basketball tournament.

Detectives and the Crime Scene Unit remained on the scene near First Avenue and East 122nd Street.