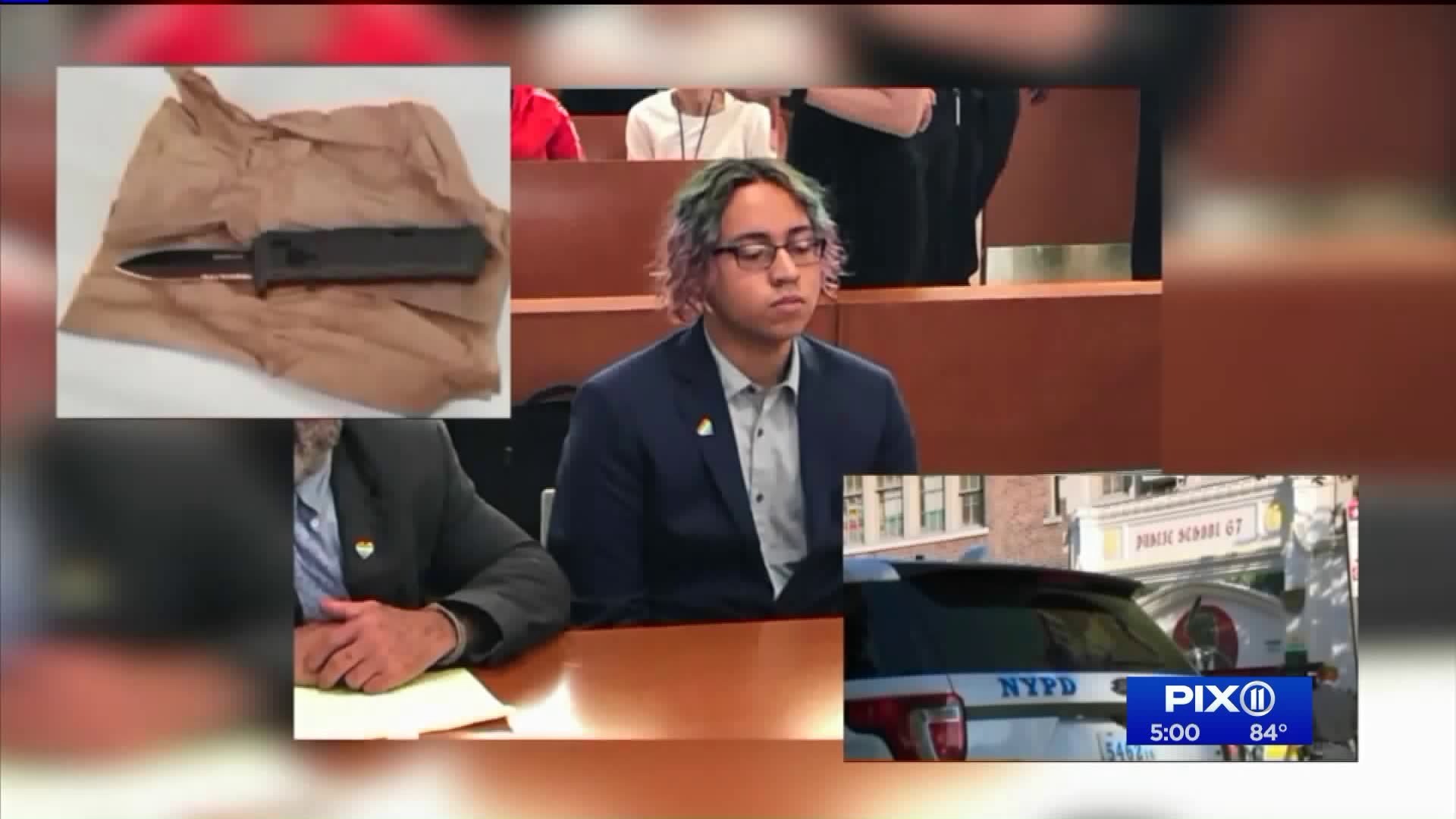 Cedeno, 19, was tried in front of a judge instead of a jury. He was charged with manslaughter, assault and weapon possession. Bronx District Attorney Darcel Clark called the stabbing a "true tragedy."

The BRONX — A judge found Abel Cedeno guilty on all counts Monday afternoon in the 2017 Bronx classroom stabbing death of a classmate.

Cedeno, 19, was tried in front of a judge instead of a jury. He was charged with manslaughter, assault and weapon possession. Bronx District Attorney Darcel Clark called the stabbing a "true tragedy."

“In a matter of seconds, the defendant took out his knife and stabbed two students in front of a crowded classroom, killing 15-year-old Matthew McCree and critically wounding Ariane Laboy, then 16,"  Clark said. "The incident has forever traumatized the young students and school faculty who watched in horror the violence that unfolded that morning."

Cedeno's defense team argued what he did inside the Urban Assembly School for Wildlife Conservation in September of 2017 was self defense. His attorneys said he brought the knife he used in the incident for protection after being bullied.

But according to trial testimony, McCree and Laboy didn't know or socialize with Cedeno before the Sept. 27 incident.

On that day, all three teens were in a history class. Cedeno was in the doorway of the classroom, about to leave, when something was thrown at him, according to court testimony. He angrily asked who had thrown it and McCree, who was sitting in the row with Laboy, said he had thrown it. McCree apologized and said the object was not meant to hit Cedeno.

Angry, Cedeno challenged McCree, who was unarmed, to a fight.  Cedeno stabbed McCree in the heart. Laboy, who was good friends with McCree, was stabbed five times when he tried to defend his friend.

Laboy's injuries were described in court as life altering.

The prosecution made the case during closing arguments that Cedeno brought the knife to school because he was looking for a fight. They also noted that the teen was standing by an open door and could have removed himself from the situation.

Cedeno faces 5 to 25 years behind bars when he's sentenced on Sept. 10.