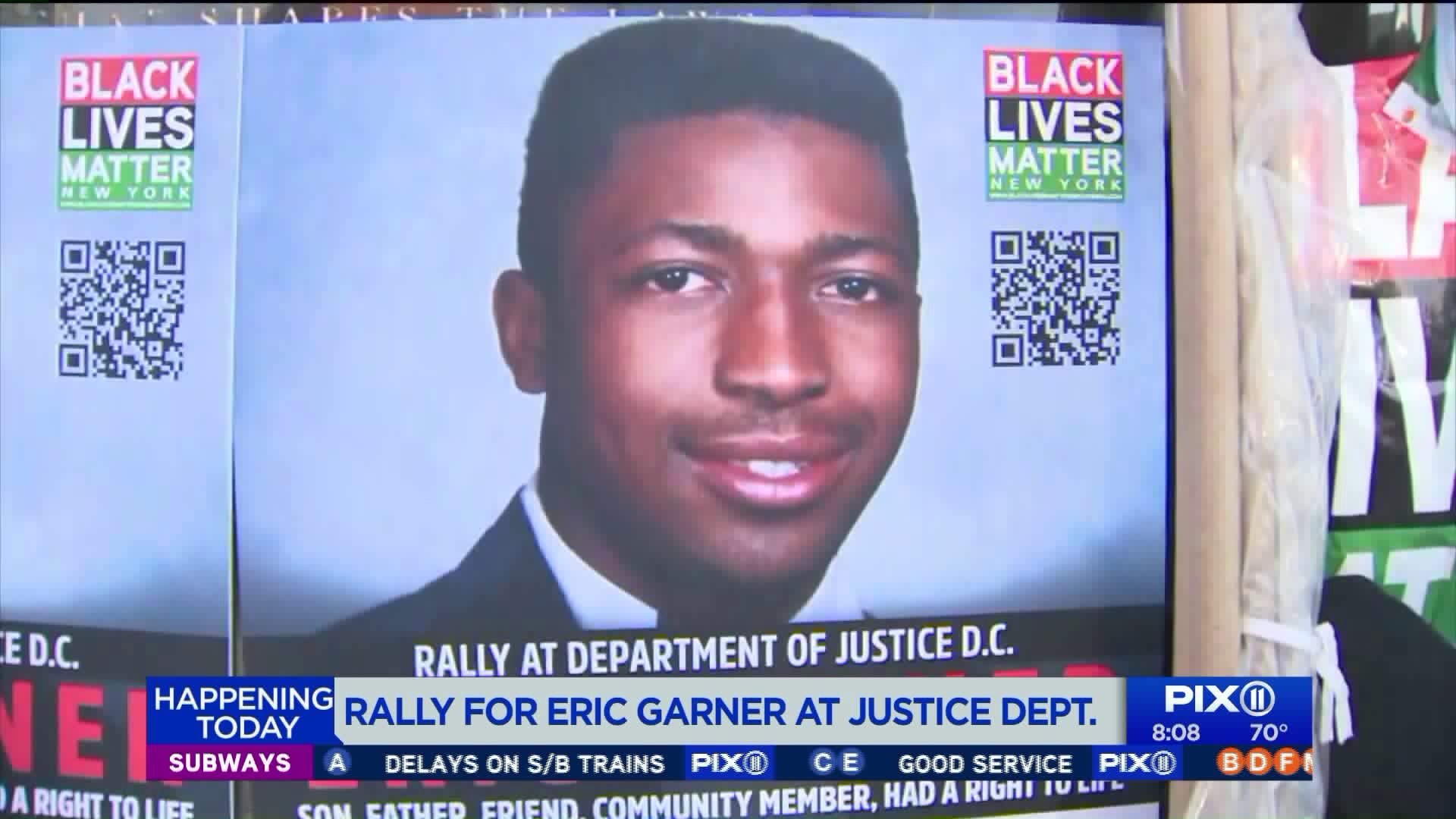 HARLEM, Manhattan — Family, friends and supporters of Eric Garner, the man who died following a confrontation with police in 2014, are gathering in Harlem today before heading to Washington, D.C. to continue to their fight for justice.

The Right to Life Rally is meant to highlight the expiring statute of limitation against Officer Daniel Pantaleo, who put Garner in a chokehold that set into motion "a lethal sequence of events," according to the medical examiner.

In two days, the statute of limitations will expire, meaning the federal government will not be able to prosecute the case.

"I would like to see the crowds down there," said Gwen Carr, Garner's mother. "I want to crowds themselves to make a statement, we are down there because we mean business."

Supporters are holding out hope the justice department will pursue charges against Pantaleo, but in two days, the DOJ will lose the opportunity.

Hawk Newsome of Black Lives Matter led the group down to Washington D.C. Monday. "The Department of Justice met with Erica Garner before she died. They met with Gwen Carr. They know that this case is pending.

They went to Daniel Pantaleo's interdepartmental trial. So they're there and they're letting the clock run out," Newsome told PIX11 News.

There is still no ruling from June's Civilian Complaint Review Board disciplinary case at One Police Plaza.

According to activist Richard Hernandez, "We are not anti-police but we are pro justice. And unfortunately this mishap that happened at the hands of the New York City police department and the unfortunate choke hold, is something that can't be tolerated any longer."

There is also expected to be a rally outside the Department of Justice in Brooklyn as well.