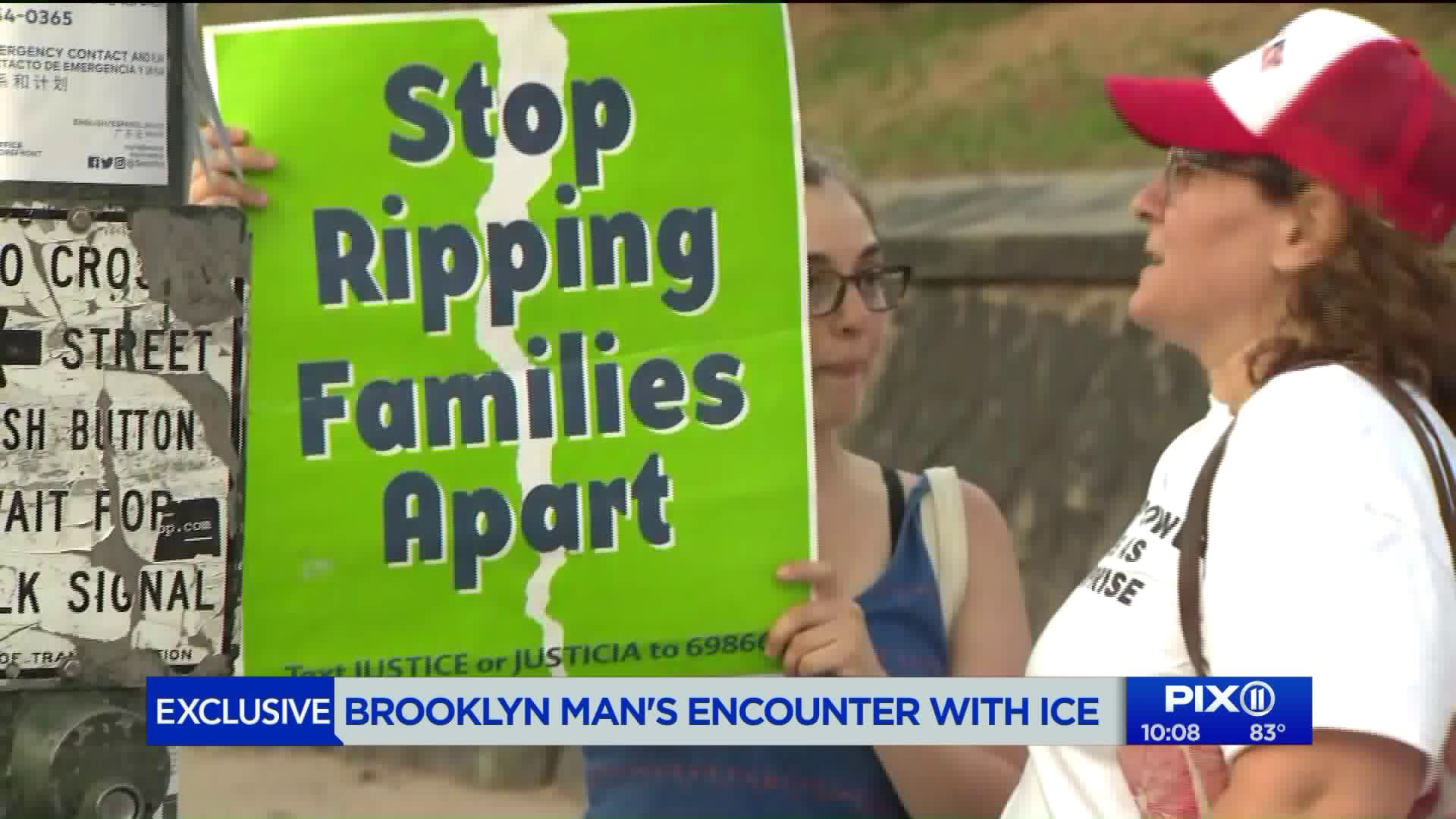 New York City Mayor Bill de Blasio says he`s getting reports that a nationwide crackdown on immigrants facing deportation is already underway in his city. The sweeps were expected to start Sunday, but de Blasio tweeted on Saturday that the Immigration and Customs Enforcement agency had already taken action in New York.

The sweeps were expected to start Sunday, but de Blasio tweeted on Saturday that the Immigration and Customs Enforcement agency had already taken action in New York.

The mayor says ICE agents did not succeed in rounding up any residents of Brooklyn's Sunset Park neighborhood and Harlem.

Immigrants who've been given orders to leave the country are government targets in at least 10 cities.

Advocates are coaching them on their rights, including instructions not to respond if agents knock on the door unless shown a warrant signed by a judge.

The Democratic mayor has said his city would not cooperate with ICE.

The raids, which will focus on recent arrivals to the country, are slated for Atlanta, Baltimore, Chicago, Denver, Houston, Los Angeles, Miami, New York and San Francisco, a senior immigration official said. New Orleans is also on the list, but the city tweeted last week that US Immigrations and Customs Enforcement said it would suspend operations through the weekend in areas hit by Tropical Storm Barry .

Acting US Citizenship and Immigration Services director Ken Cuccinelli took issue with referring to the targets of the raids as undocumented.

"They're not undocumented. They've got a court order on a piece of paper -- federal order -- that says they've gotten due process, and (there are) over a million people with removal orders. That's the pool that ICE is drawing from," he told CNN.

ICE will not comment on operational details of the raids, Cuccinelli said, adding that the priority will be apprehending violent criminals and aggravated felons. ICE agents are not "utilizing" allegations of crossing the border illegally, a misdemeanor, as cause for arrest in the raids, he said.

Asked if children would be separated from their parents, Cuccinelli said that information constituted an operational detail. But he did say families are among the 1 million people facing removal orders.

Immigrants have been hunkering down

News of the raids has left many undocumented immigrants frightened . They've been stocking up on groceries and making plans to stay in their homes with the lights off and the blinds down. Some are staying home from work. Others are posting signs inside their homes reminding them what to do if ICE agents show up. Unsure of where to turn, they're flooding hotlines with calls.

In New York City, staff members with the mayor's office of immigrant affairs are also informing immigrants of their legal rights and of city resources that are available in the event they encounter an immigration enforcement official.

"In the face of heartless raids that would tear families apart, we remain steadfast in our commitment to support and defend immigrant communities," Bitta Mostofi, the office's commissioner, said in a statement.

Cuccinelli characterized the raids as normal ICE business and pointed to statistics showing ICE has deported fewer people under President Donald Trump than it did under President Barack Obama.

"This is their job every day. We've got compassionate, loyal ICE agents who are just doing their job," he said. "It shows you how far we've fallen in that it's become news that they would actually go deport people who have removal orders."

Raids were postponed from last month

ICE had planned to arrest and deport families with court-ordered removals in late June, according to the senior immigration official, but Trump delayed the raids to give Congress time to "work out a solution" on what he said were asylum and loophole problems with the country's immigration policy.

"You never want the target to know you're coming. You want that element of surprise because it keeps you safe," he said. "From an effective perspective, that's why you don't announce these things."

While Trump has repeatedly tweeted about the impending operation, he hasn't jeopardized officer safety, Cuccinelli said, explaining that the situation in June was different than what is happening now.

"The level of detail in the information that came out publicly (last month) was way beyond these general comments the President is making," he said.

In February, ICE sent around 2,000 letters to families who already had received final orders of removal by judges in absentia, asking them to self-report to ICE offices by March. The upcoming operation is expected to target approximately 2,000 people, the senior immigration official said.

Despite reports of overcrowding at some ICE detention facilities along the southern border, Cuccinelli said ICE has made preparations in anticipation of the raids.