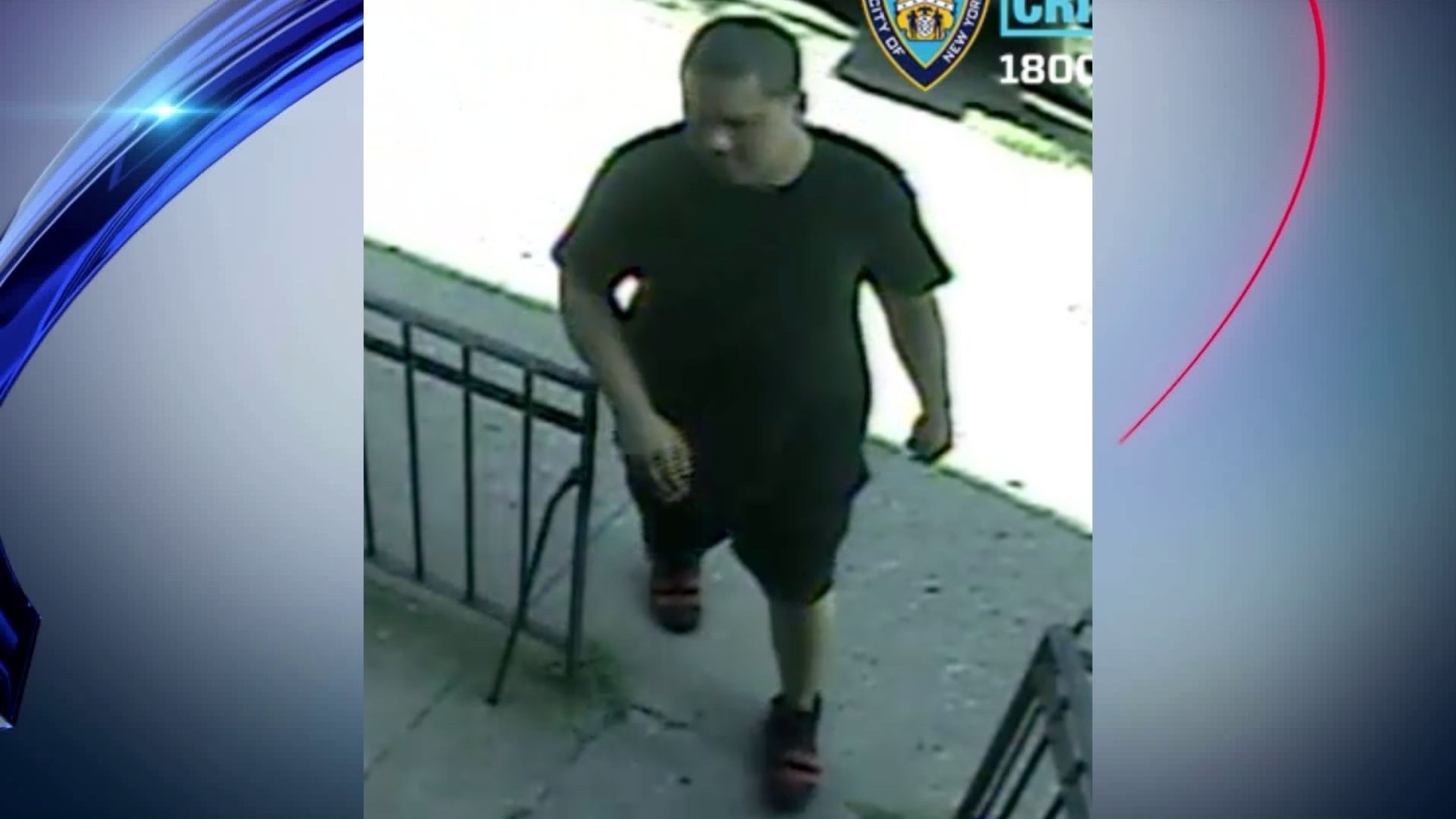 Raw surveillance video of a man police say attacked employees at two separate Queens businesses after they refused to accept a counterfeit $100 bill he tried to use to pay for services on Saturday, July 13, 2019. (NYPD)

RIDGEWOOD, Queens — Police say they're looking for man who allegedly attacked and robbed employees Saturday at two separate Queens businesses after they refused to accept his counterfeit cash.

Authorities said that on Saturday around 10 a.m. the man first went to a nail and beauty salon on Fairview Avenue in Ridgewood and attempted to pay for his serviced with a counterfeit $100 bill.

When the woman working at the store refused to accept the fake cash, the man assaulted her and another employee before stealing three cellphones, $200 in cash, and a camera receiver, and then fled in an unknown direction, police said. The employees were not seriously injured.

Later that same day, around 12:45 p.m., police believe the same man again tried to pay for services with a counterfeit $100 bill at a spa and massage parlor on Grandview Avenue in Ridgewood, according to authorities.

When the woman working at the spa confronted the man about the fake bill, he grabbed her by the neck and then stole two cellphones, police said. The employee was not seriously injured in this incident.

The NYPD has released the above surveillance footage of the man wanted in connection with these assaults and robberies.