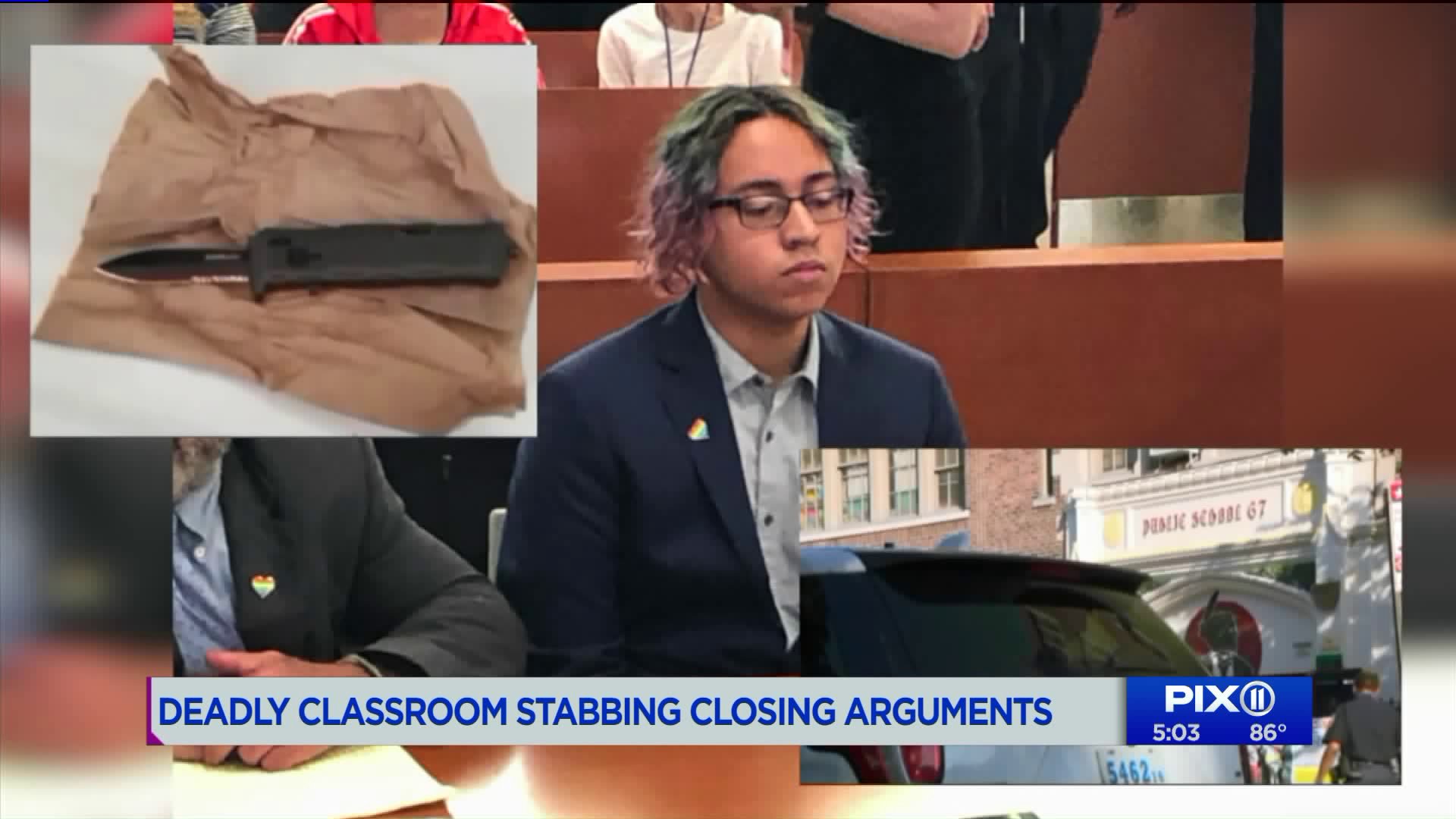 A verdict is expected Monday afternoon in the trial of Abel Cedeno, the Bronx teen accused of stabbing his classmate to death and injuring another classmate.

The BRONX — A verdict is expected Monday afternoon in the trial of Abel Cedeno, the Bronx teen accused of stabbing his classmate to death and injuring another classmate.

The 19-year-old sat stoically for closing arguments on counts of manslaughter, assault, and weapon possession Friday. Cedeno was tried in front of Judge Gross instead of a jury.

His defense team argued what he did inside the Urban Assembly School for Wildlife Conservation in September of 2017 was self-defense. His attorneys said he brought the knife he used in the incident for protection after being bullied.

The prosecution made the case during closing arguments that the knife was brought because Cedeno was looking for a fight. Prosecutors pointed out that the suspect did not even know the victims well prior to that day. They also noted that Cedeno was standing by an open door and could have removed himself from the situation.

Matthew McCree was stabbed to death and Ariane LeBoy was in a coma for two days.

McCree’s mother said after closing arguments that the defense trying to blame her son was not just wrong, it was racist.