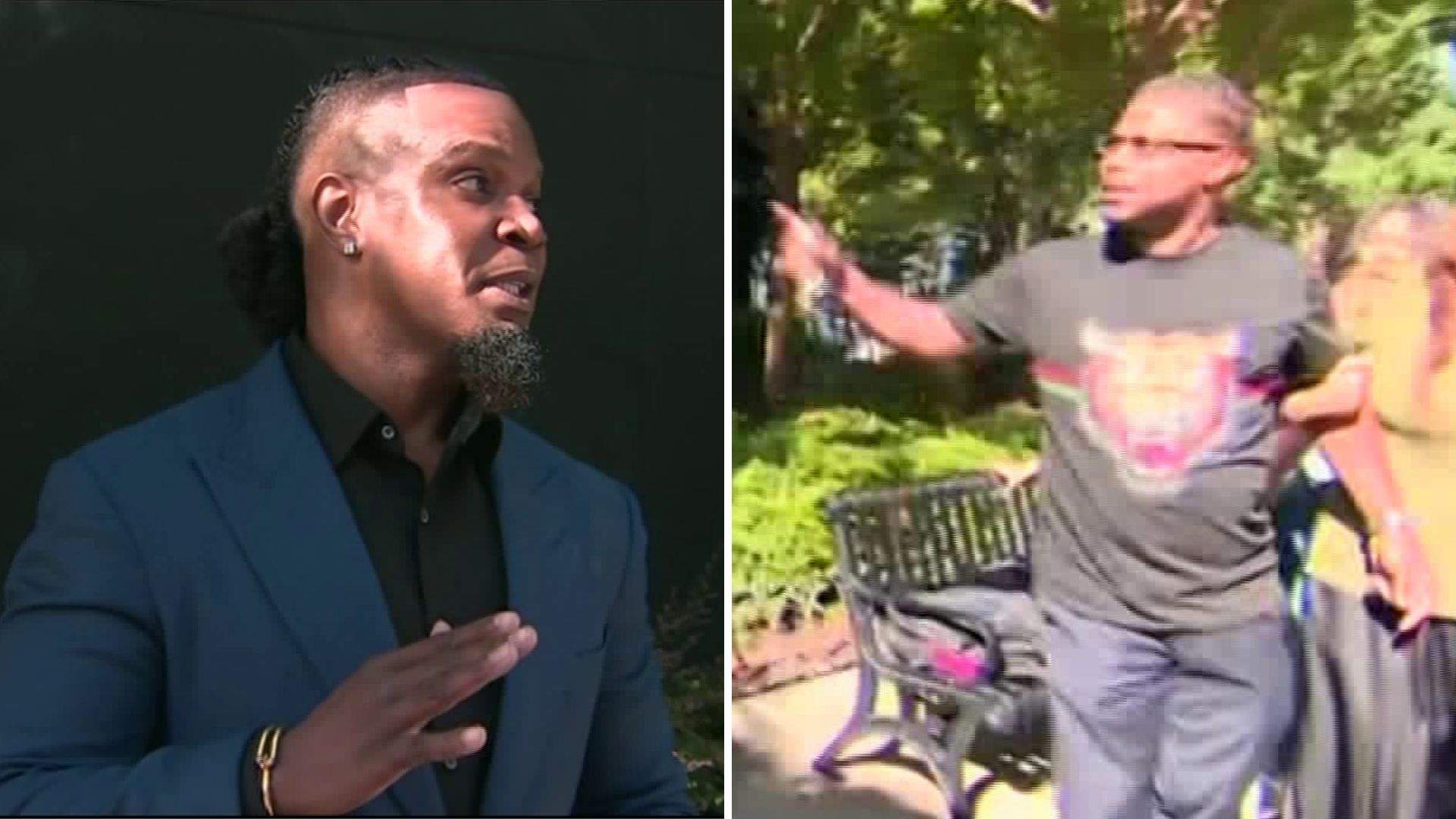 The parents of alleged R. Kelly victim Joycelyn Savage showed up at a press conference the singer's publicist, Darrell Johnson, held in Atlanta on Friday, July 12, after Kelly was arrested on new federal sex crimes charges on Thursday, July 11, 2019.

CHICAGO — There was an exchange of words between singer R. Kelly’s publicist and the family of one of his alleged victims, Joycelyn Savage, during a news conference Friday.

Kelly's publicist, Darrell Johnson, was taking questions at a news conference in Atlanta Friday morning when the family of Joycelyn Savage, 23, one of Kelly's girlfriends, started yelling, "Where's my daughter at, answer that question!"

Timothy Savage, Joycelyn Savage's father, said Friday that he hasn't seen his daughter since 2016 and hasn't spoken to her since a July 2017 conference call, in which she asked them to stop trying to contact her.

"We want answers and we want them now," Timothy Savage said.

He and other parents allege Kelly has controlled their daughters' lives and manipulated them into cutting off contact with the outside world, including their families.

"I know nothing," Johnson said to the family. He promised to meet with them privately after the news conference.

Johnson said Kelly is innocent and that the indictments were a rehash of previous charges.

The Grammy-winning singer was arrested in Chicago Thursday on a sweeping federal indictment that accuses him and members of his entourage of recruiting women and girls to engage in illegal sexual activity with the performer.

Until Thursday, Kelly was free on a $1 million bond set in February.

He has faced accusations of abuse, manipulations and inappropriate encounters with girls and young women for more than two decades.

He was charged in February with 10 counts of aggravated criminal sexual abuse involving four alleged victims, including three who prosecutors say were underage girls. The charges span from 1998 to 2010. Kelly pleaded not guilty.

He posted the $100,000 bail and left Chicago's Cook County Jail less than three days after he was arrested. He was arrested and jailed again in March for failure to pay his ex-wife child support of $161,000.

Kelly has vehemently denied any allegations of sexual misconduct.

Watch the full presser below.