Men wanted in string of armed robberies in and around Prospect Park in Brooklyn: police 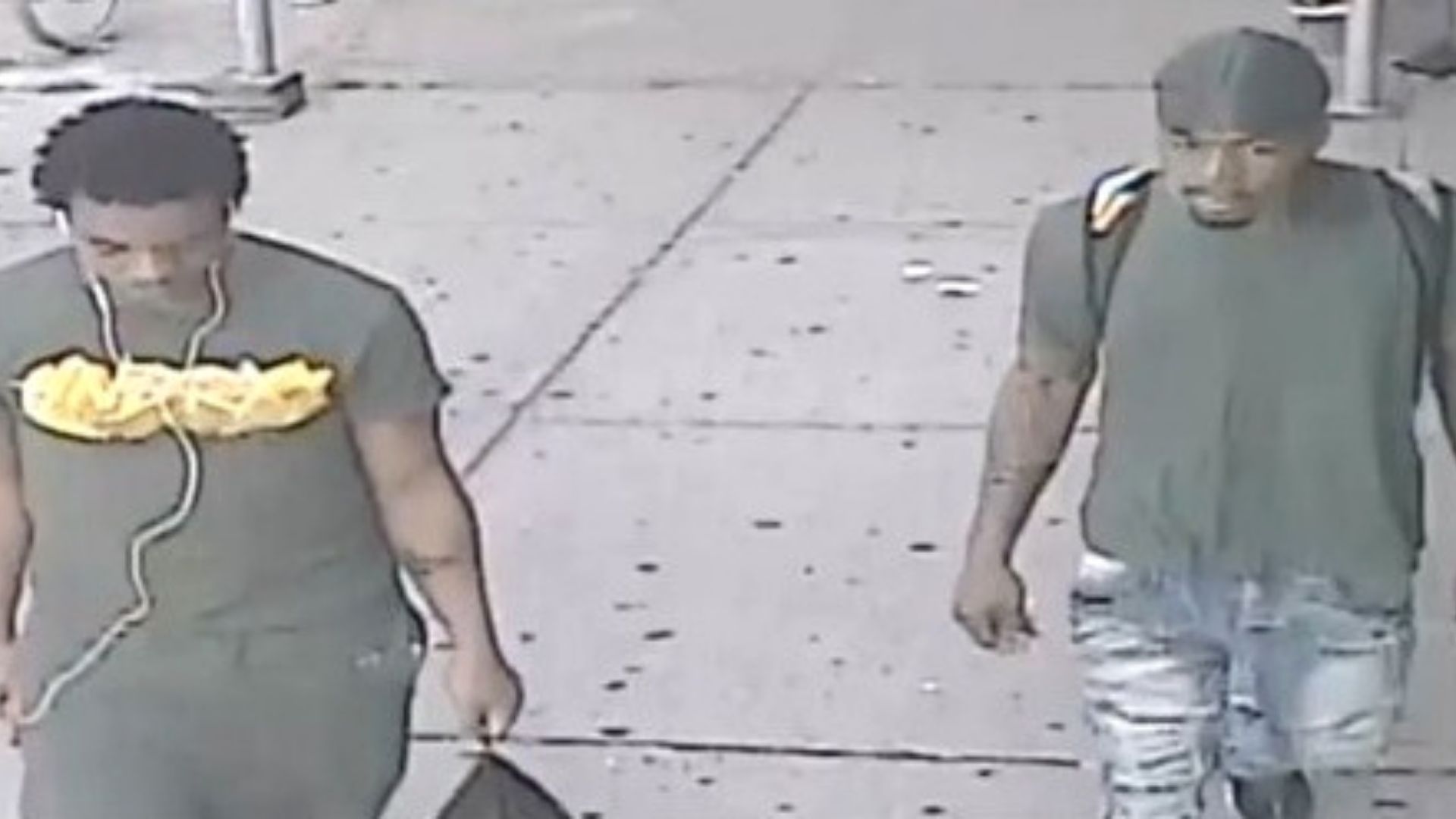 Police said they're looking for the two men in this surveillance footage in connection with a string of armed robberies in Prospect Heights and Park Slope in Brooklyn.

BROOKLYN — Police say they're looking for two men in connection with several armed robberies in just one week earlier in July around Brooklyn.

The first reported incident occurred on Monday, July 1 around 10:30 p.m. when the two unidentified men robbed a man at gunpoint, taking his wallet and cellphone, on Prospect Place near Carlton Avenue in Prospect Heights, police said.

Then on Saturday, July 6 around 11:30 p.m., police believe the same two men robbed a man and two women at gunpoint in Prospect Park, near 3rd Street in Park Slope, authorities said. According to the police, the men made off with two cellphones, a Bluetooth speaker, and two wallets containing credit cards, which the two men attempted to use the next morning at a grocery store in East Williamsburg.

Later that same day, July 7, at about 10:30 p.m., police believe the same two men, joined by a third unidentified man, robbed a woman and two men, again in the same part of Prospect Park, authorities said.

During this incident, one of the men brandished a knife while another told the victims he had a gun, police said. The three men got away with three cellphones, $100 in cash, and a wallet containing multiple credit cards, according to authorities.

As the men fled the scene, police said they knocked a man off his bicycle, punched him in the face and stole his wallet, as well.

Police have released the above surveillance footage of the men they're looking for in connection to these incidents.