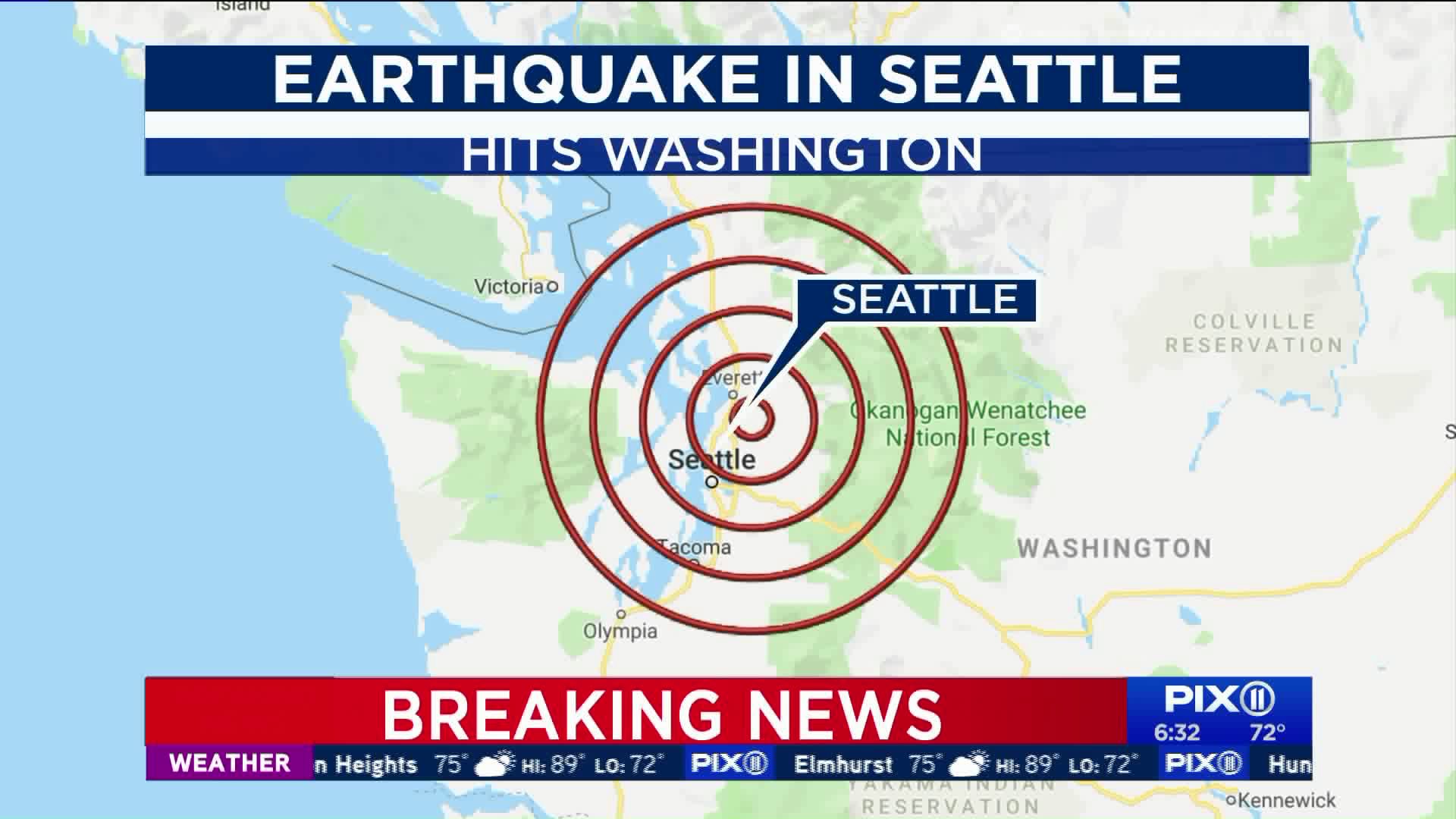 The U.S. Geological Survey reports that a 4.6 magnitude earthquake has rattled the Three Lakes area of Washington state, less than 50 miles northeast of Seattle.

The earthquake initially registered  as a 4.7 magnitude and was then downgraded to 4.4 before eventually going back up to a 4.6. The quake hit at about 2:52 a.m.

The earthquake was relatively shallow, but according to the USGS map, it was felt all the way to the Canadian border.

The epicenter of the quake was near Monroe in Snohomish County.

The quake was followed minutes later by a 3.5 magnitude aftershock near the city of Monroe, some 30 miles northeast of Seattle.

NWS Seattle says a Tsunami is not expected.

Here is the earthquake info. https://t.co/UnFi5VGZIo