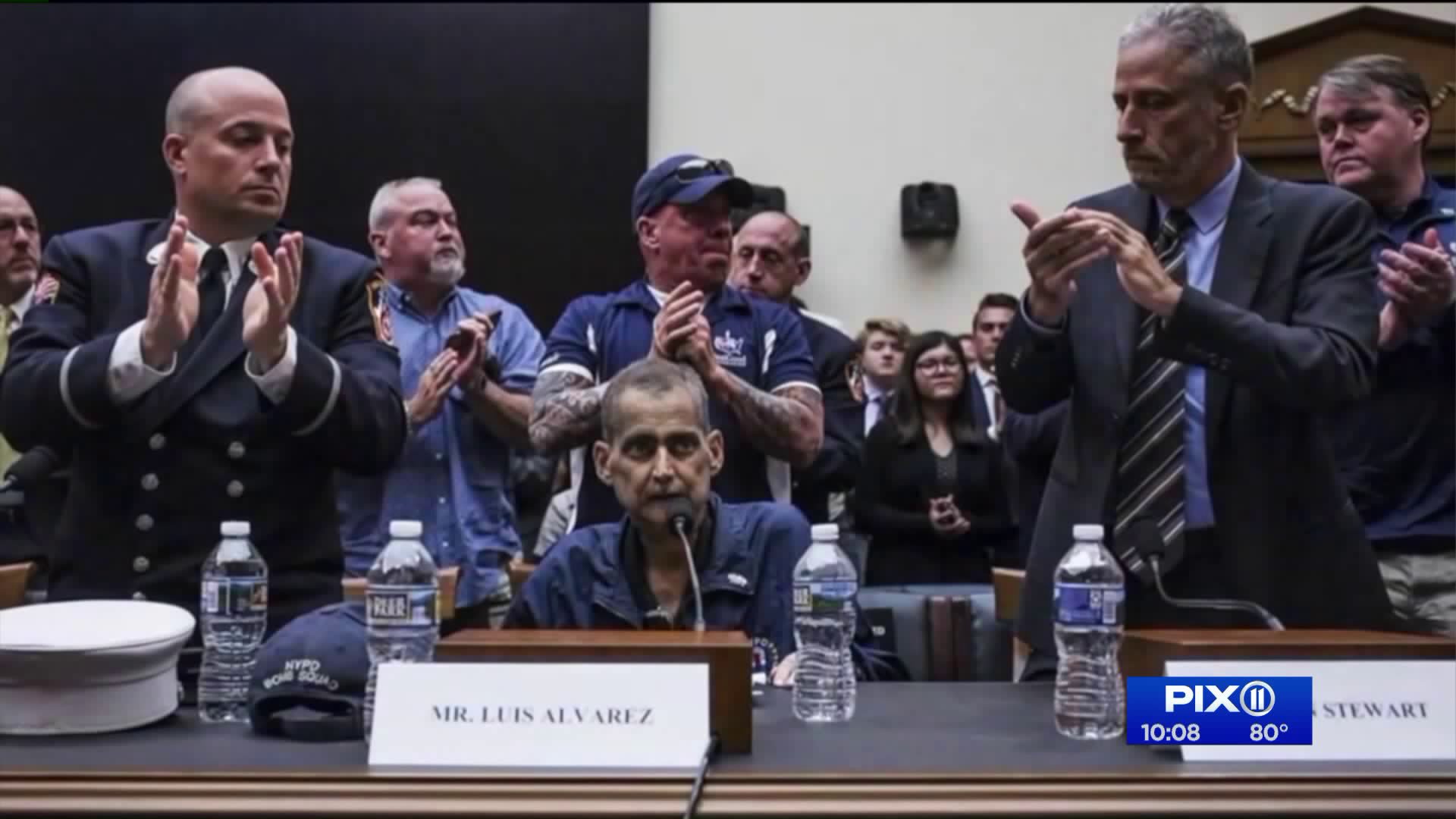 A major step was taken today to continue funding for the September 11th Victims Compensation Fund. The bill has passed the House.

The current law, which was last renewed in 2015, is set to expire next year. The focus now turns to the Senate. If passed, the bill will be funded through the year 2090. Lawmakers are allocating 10.2 billion dollars.

When the cuts were made it created chaos in the 9/11 community these people dealing with illnesses, they're sick and dying," said former FDNY Deputy Chief Richard Alles. The 9/11 survivor has been there for every hearing, every vote, including today's.

The bill may have easily passed in the House with 402 in favor, however, there were still 12 nays. 11 Republicans and one Independent, voted against the extension, some questioning where the money would come from to fund the program. Staunch defenders say many outside of New York City, simply don't understand we can't put a pricetag on the backs of 9/11 victims.

"This isn't a time to celebrate this is time to take it to next step - the Senate, then you'll see the relief of the 9/11 community needs," said Attorney Lee London.

London represents more than 15,000 people in the 9/11 community. "The 9/11 comm is still suffering and the cuts are still happening now," said London. "This is one step closer to where we need to be but we still need the Senate and only then will the 9/11 community take the breath of fresh air it needs."

The bill now heads to the Republican-controlled Senate. Comedian and activist Jon Stewart has sharply criticized Congress for failing to act. Today, he vowed he won't let up the pressure on Senate Majority Leader Mitch McConnell.

"These guys have put in the work for 15 years, John Feal has given 15 years of his life and half his foot and a kidney to this cause and we just want them to be able to exhale," said Stewart. "Passing this in the Senate in two weeks, and we're gonna hold Senator McConnell to his word, will be a chance to exhale but it doesn't fix the grief and the suffering that they will continue to experience. Going forward it just removes that extra burden that needn't have been there in the first place."

Right now, there is no exact date on when the Senate will take up a vote. But McConnell has said he will call a vote before Congress goes into recess in August.