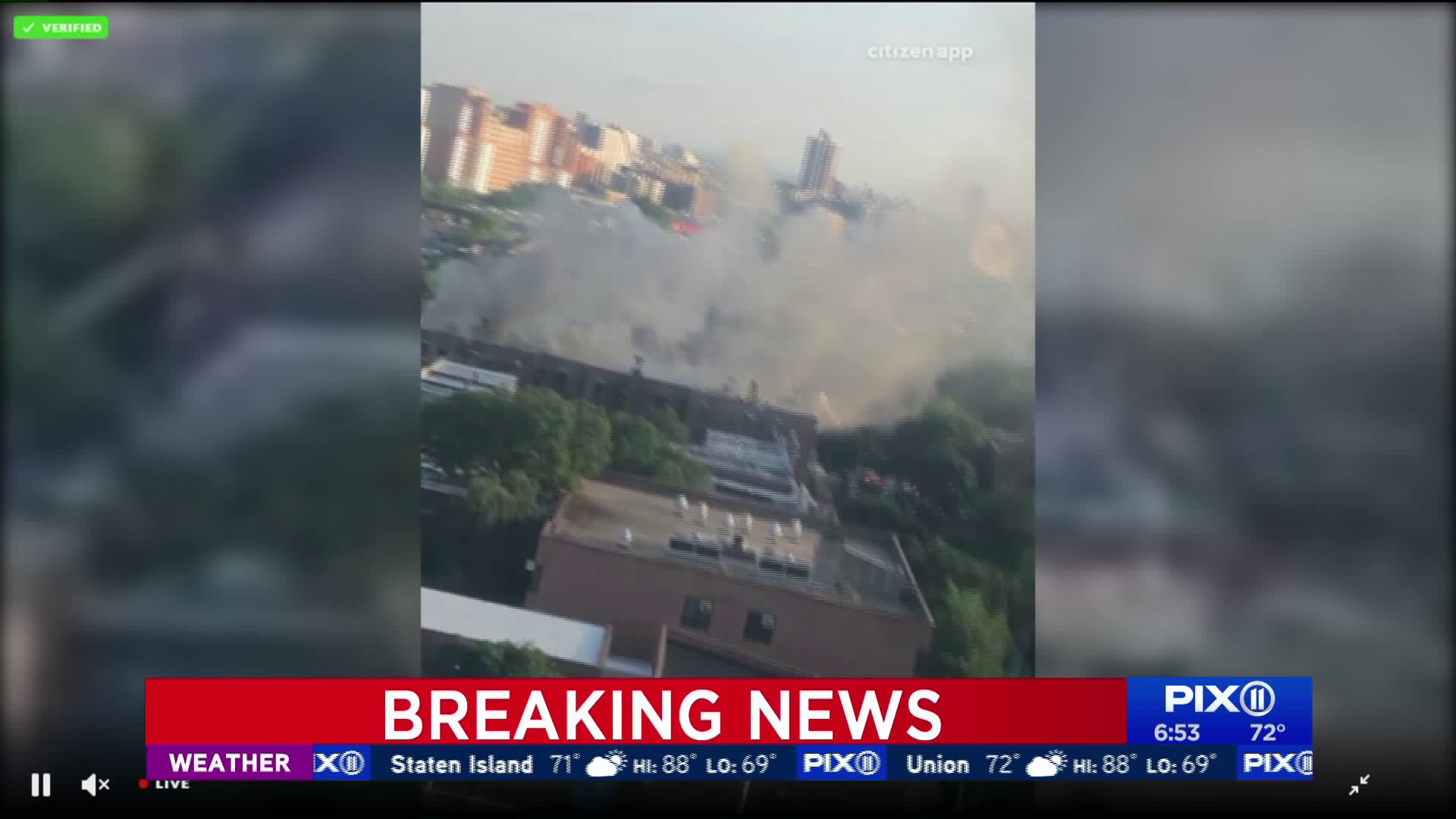 Firefighters were working to put out a four-alarm blaze on the roof of a building in the Soundview section of the Bronx Friday morning, the FDNY confirmed. The call for the flames came in just after 6 a.m. Friday and the fire grew to a four-alarm in less than an hour. 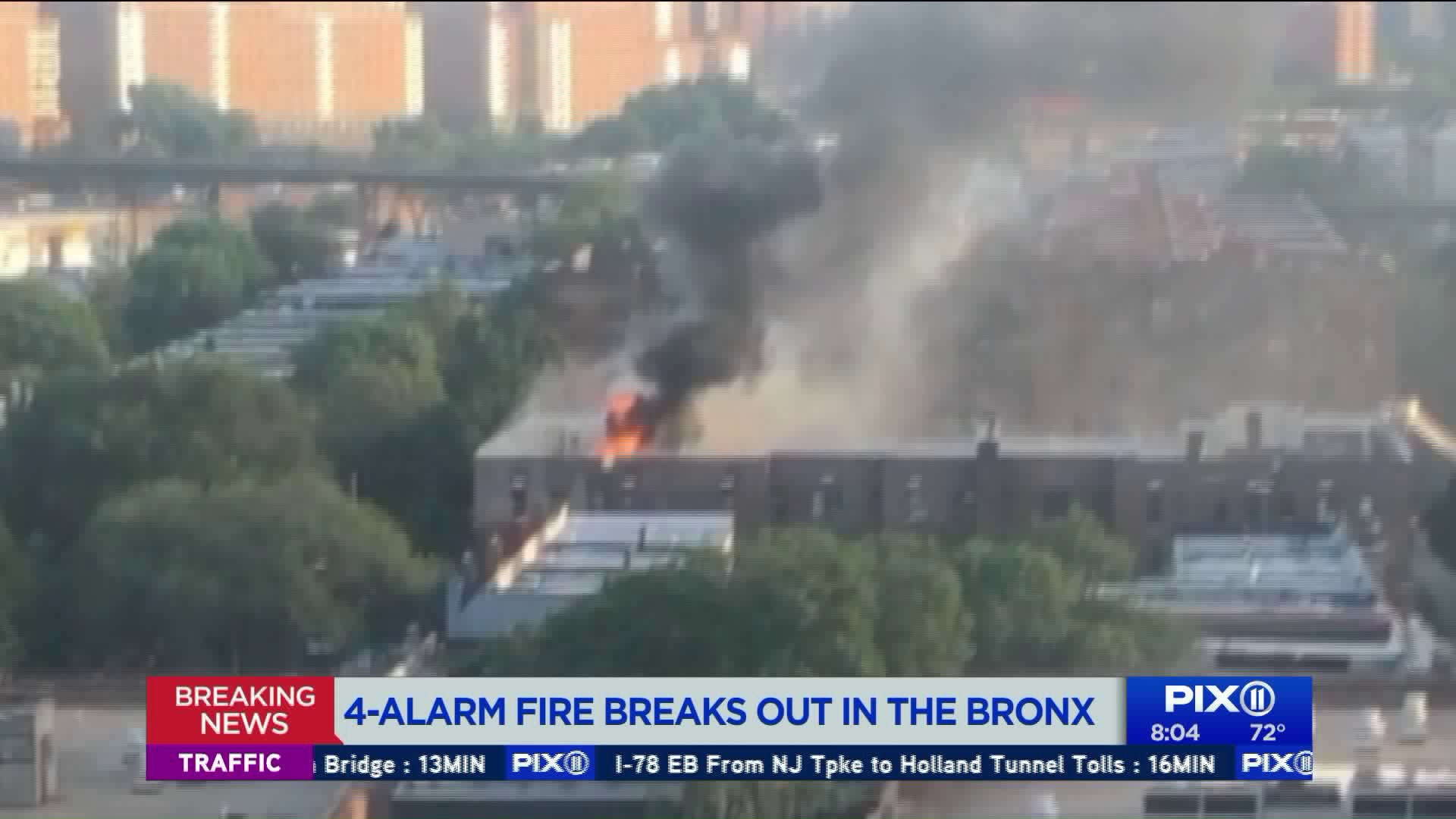 SOUNDVIEW, the Bronx — Seven people, including four firefighters, were injured when a blaze broke out at an apartment building in the Bronx early Friday morning, the FDNY said.

Fire officials said the call came in around 6:10 a.m. for a fire at the cockloft, or the space between the ceiling of the top floor and the building's roof, at a residential building at 1466 Watson Ave. in Soundview.

The FDNY confirmed the fire was under control in a tweet posted just before 8:30 a.m.

There are currently 7 injuries reported on scene of this morning’s 4-alarm fire at 1464 Watson Ave in the #Bronx - 4 Firefighters and 2 civilians with non-life-threatening injuries, and 1 civilian with serious injuries. The fire has been placed under control.

About 200 firefighters arrived at the scene to battle the blaze, authorities said.