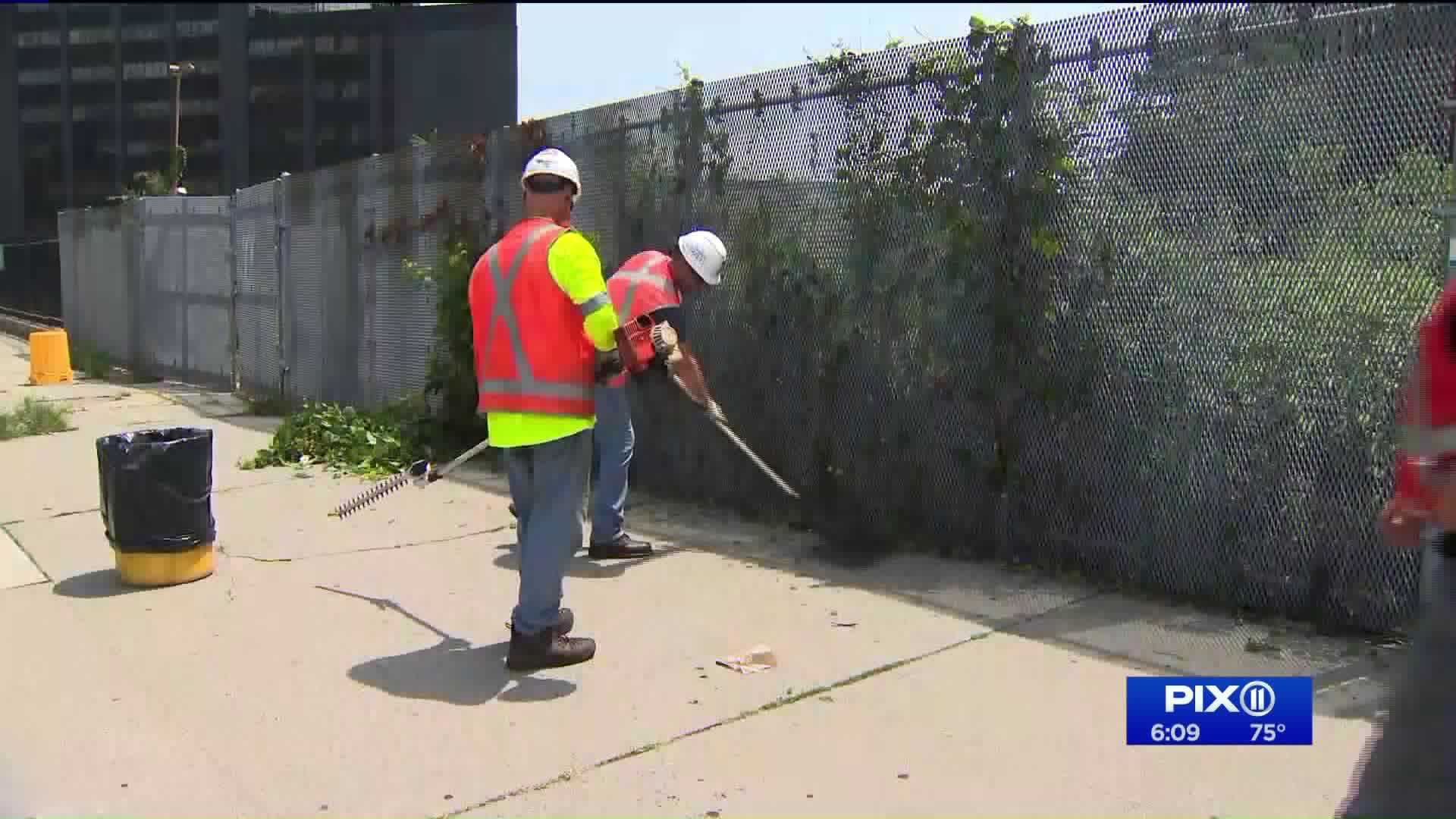 The MTA began removing a large patch of poison ivy Thursday that was growing on a LIRR owned fence in Long Island City, Queens. Pedestrians on Jackson Avenue could have easily brushed up against the abundant weed as they passed the fence.

Pedestrians on Jackson Avenue could have easily brushed up against the abundant weed as they passed the fence.

Redwan Rafi had no idea what it was.

"I jog this way every single morning and that never occurred to me that was poison ivy," he said.

MTA workers used a hedge trimmer Thursday afternoon to remove the poison ivy on the sidewalk side of the fence. It was left to grow unchecked until the media started asking about it.

"This came to our attention in the last day or so. I understand it may be a long standing concern for that community and it will be addressed," MTA Chairman Patrick Foye said.

According to Rich Love, the head of the forest restoration for the New York City Parks Department, it's not that strange poison ivy showed up along a city street. In fact, he said poison ivy grows across New York City.

"It's extremely common. It's a native plant. Actually, it plays an important role in the ecosystem," Love said.

He said poison ivy will grow anywhere. And you may see it more often in the coming years. Love said that's because of climate change.

"You tend to get a lot of poison ivy growing on concrete piles, and other disturbed soils," Love said.

Poison ivy is known for its three leaves, but it can be shiny or dull. The leaves are reddish in the spring, green in the summer and orange or bronze in the fall. It's the oil on the plant that causes the itchy, red rash.

According to the MTA, workers will be back Friday to spray herbicide on the remaining part of the poison ivy plants.