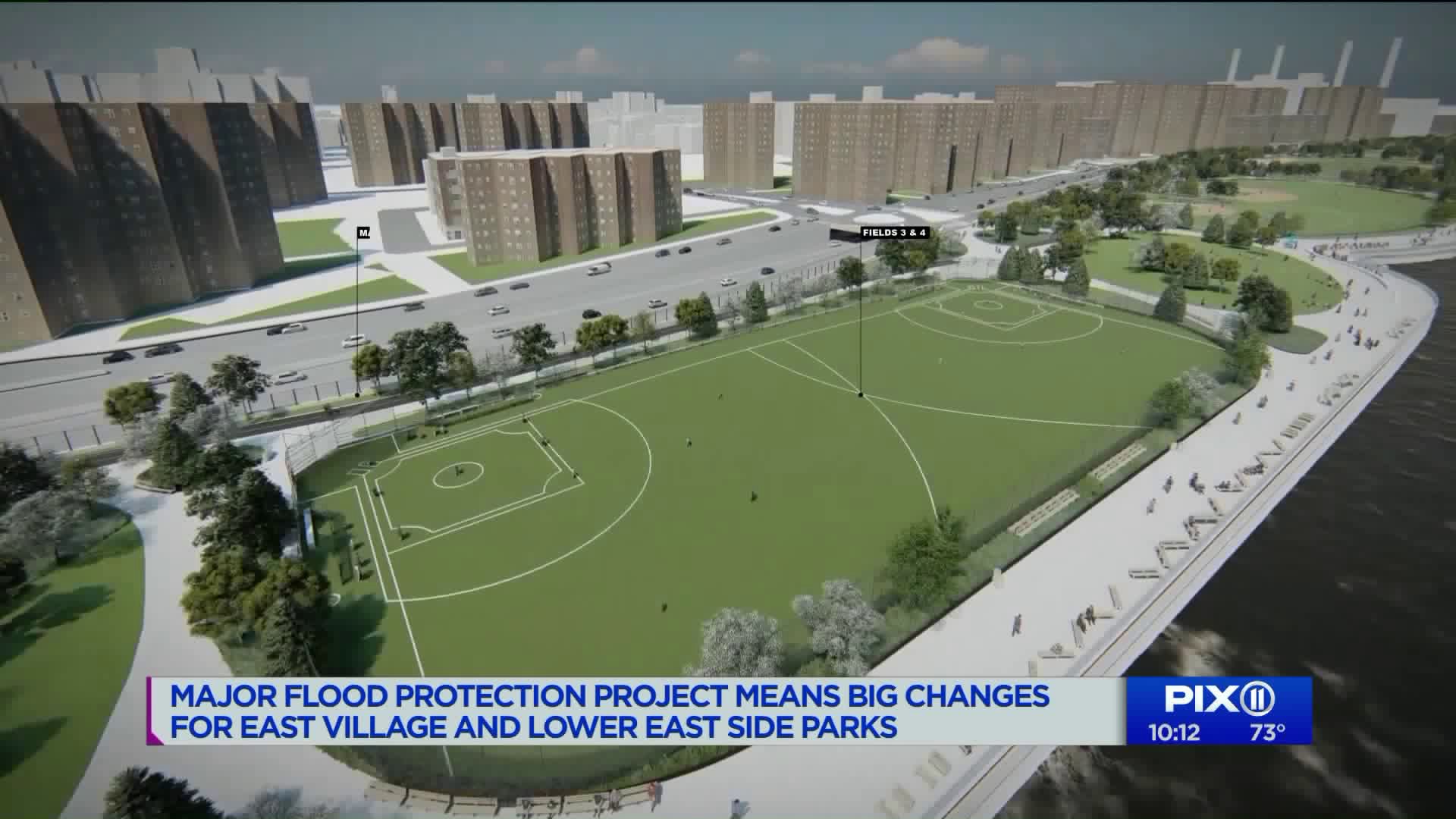 The project is in the planning stages and is set to begin in 2020.

Protecting the city from coastal flooding will involve changes to parks on the Lower East Side.

The major project will raise the ground level of East River Park which runs along the FDR. It could be closed for more than three years when the project begins in 2020 or 2021.

Neighbors are asking the city to enhance other recreational areas in the vicinity.

One of the possibilities has included replacing with turf a section of several other parks, including at Tompkins Square Park. It's a popular area for skateboarders.

NYC Parks Department has met with concerned park visitors and neighbors regarding the major project and the impact on other locations.

More than 110,000 New Yorkers are impacted by their proximity to 2.4 miles of waterfront along this stretch of the East River.

Workshops and hearings have been taking place regarding a $1.45 billion project known as the East Side Coastal Resiliency Project.

According to the timeline, decisions will be finalized by the city council in the autumn after a review by City Planning and the Manhattan Borough President's Office.