Potential ICE deportations may be thwarted by new legal filing 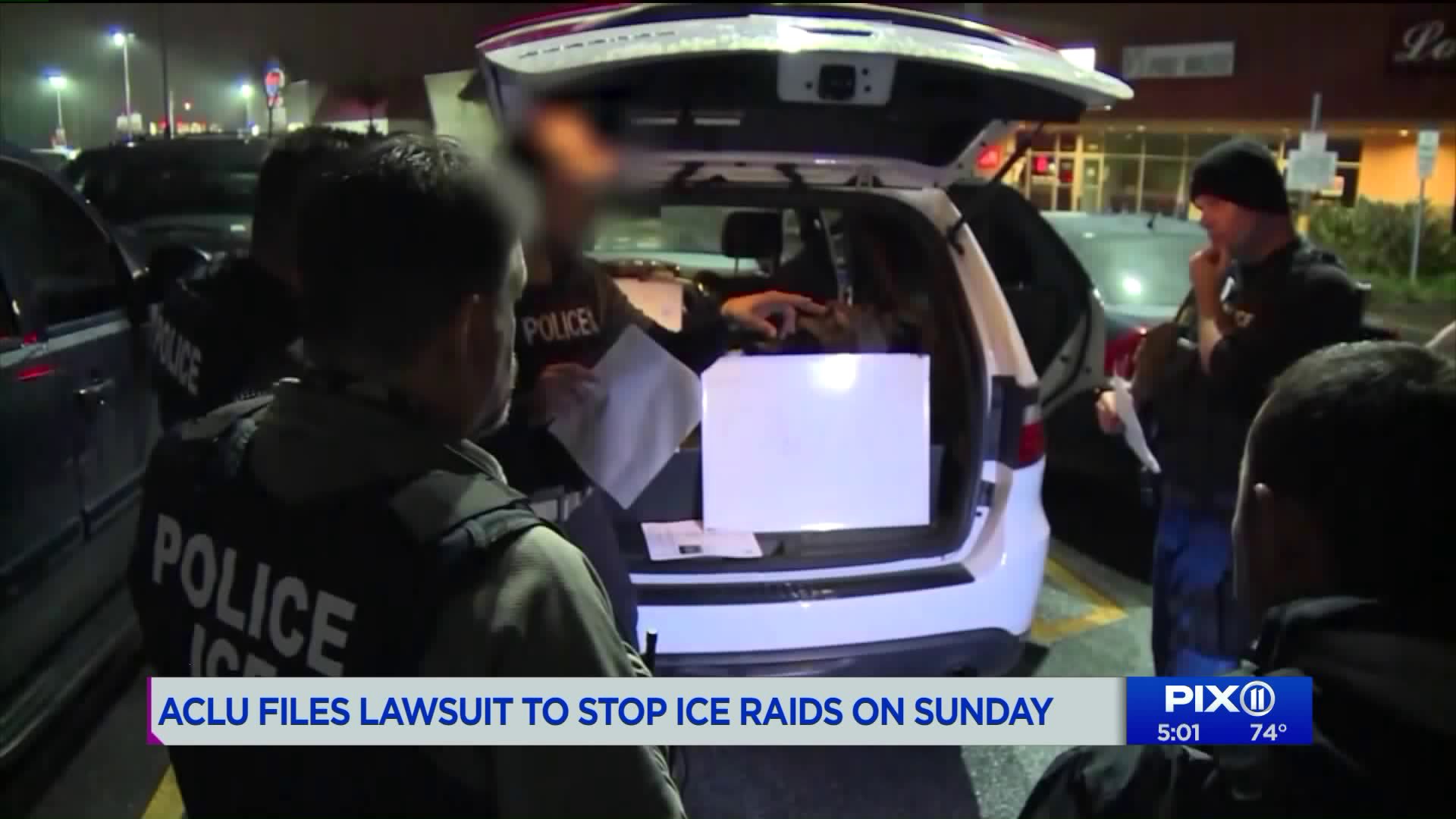 The American Civil Liberties Union has filed a federal lawsuit that aims to protect asylum seekers from an immigration enforcement operation expected to start this weekend. The lawsuit argues that those individuals weren`t allowed a fair chance to request asylum and their deportation orders aren`t valid. Most of them are from El Salvador, Guatemala and Honduras.

LOWER MANHATTAN -- ICE, the Immigration and Customs Enforcement agency, has said that it's set to start rounding up undocumented people throughout the Tri-state, possibly starting this weekend, and deport them.

Early Thursday afternoon, the New York Civil Liberties Union filed a lawsuit against ICE, as well as against the Department Homeland Security Department, which has jurisdiction over ICE, and the U.S. Attorney General.

The 27-page filing aims to blunt deportations that ICE has said it would carry out in 10 major metropolitan areas, including the New York City region, the largest metro area in the country, of course.

For that reason, their legal action was filed in federal court here.

"We chose to file it in New York," said Donna Lieberman, executive director of the NYCLU, where "who knows how many hundreds of thousands of families will be impacted,” she said.

The filing argues that undocumented people cannot be rounded up and shipped off without one key, legally guaranteed action.

"This lawsuit seeks to ensure that anyone who's rounded up by ICE gets their day in court," Lieberman said in an interview with PIX11 News.

Also on Friday afternoon, President Donald Trump and Attorney General William Barr made statements in The White House Rose Garden, at which there had been speculation that one or both of them would comment about potential deportations.

The Rose Garden appearance focused solely on the administration's choosing to drop its pursuit of a question about citizenship on the U.S. census, a topic that’s also seen as a potential effort to reduce immigration.  No statements were made at the White House appearance about ICE's potential actions this coming weekend.