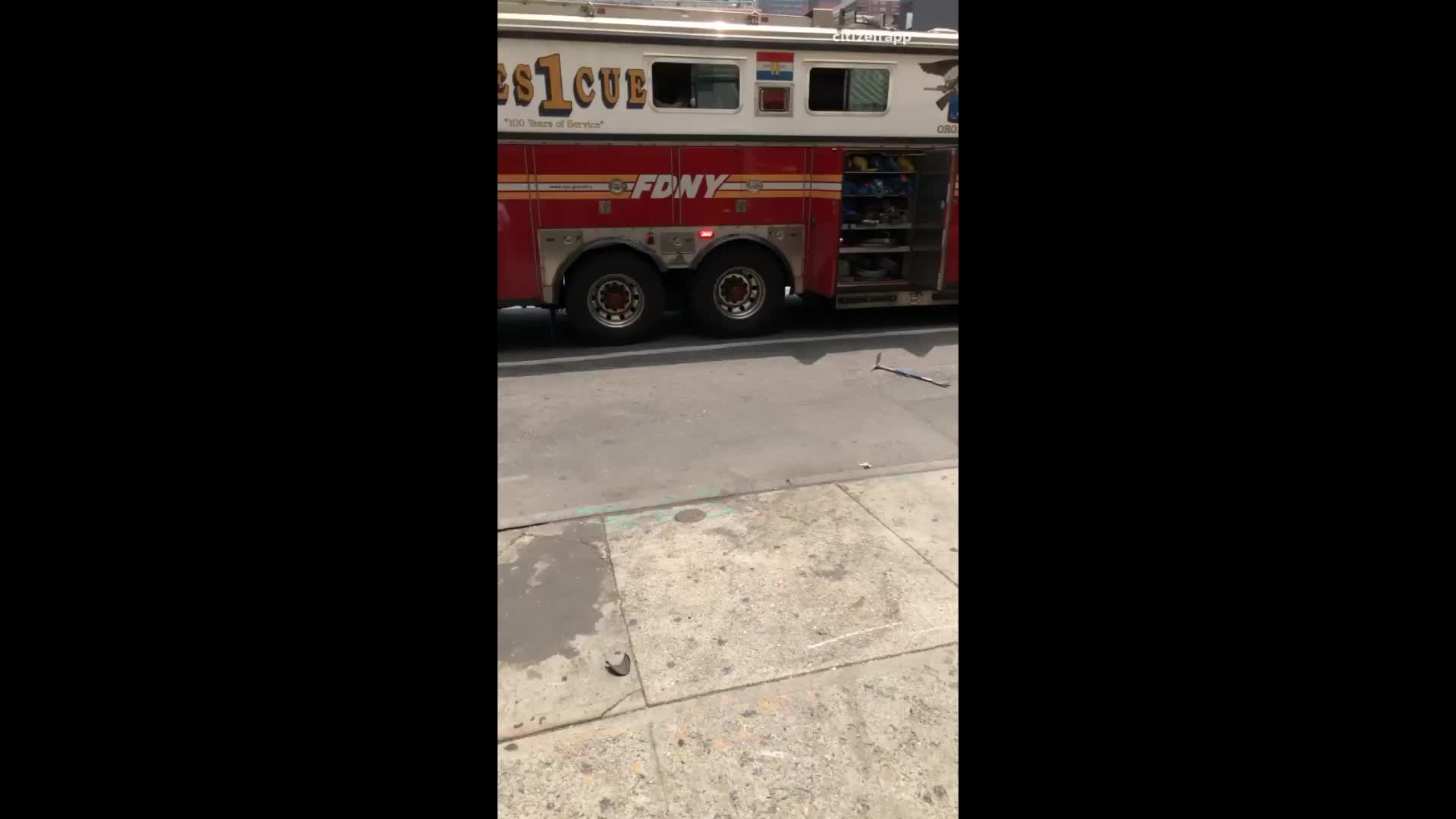 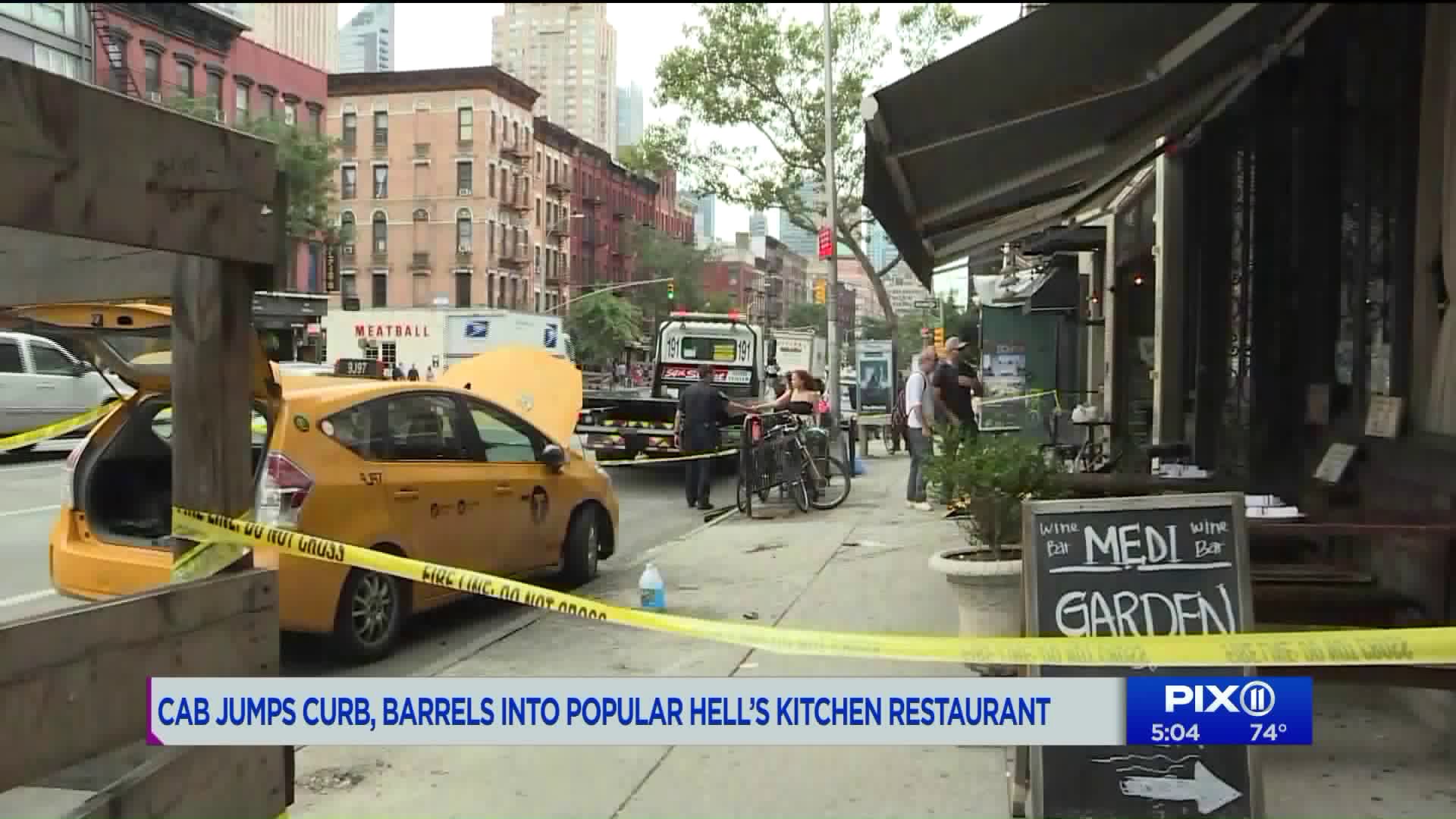 The yellow cab is seen over the sidewalk on the storefront of the Westville Restaurant on Ninth Avenue and West 54th Street in Hell's Kitchen during the peak of lunchtime, Citizen video shows.

BREAKING: An out of control taxi jumped a curb outside a restaurant on 9th Avenue. It happened at the peak of lunchtime at around 12:40p.

I am told by an employee that patrons started running and then they heard a huge crash. @PIX11News pic.twitter.com/FrSXBrFZ6D

An employee told PIX11's Andrew Ramos that patrons started running when they heard a "huge crash."

Fire trucks and ambulatory vehicles surrounded the immediate area, as Citizen video showed on person being rolled out in a wheelchair.

There are currently 8 non-life-threatening injuries to civilians reported on scene of a vehicle into a restaurant at 811 9th Ave Manhattan. Five have been transported to local hospitals, three have refused medical aid.