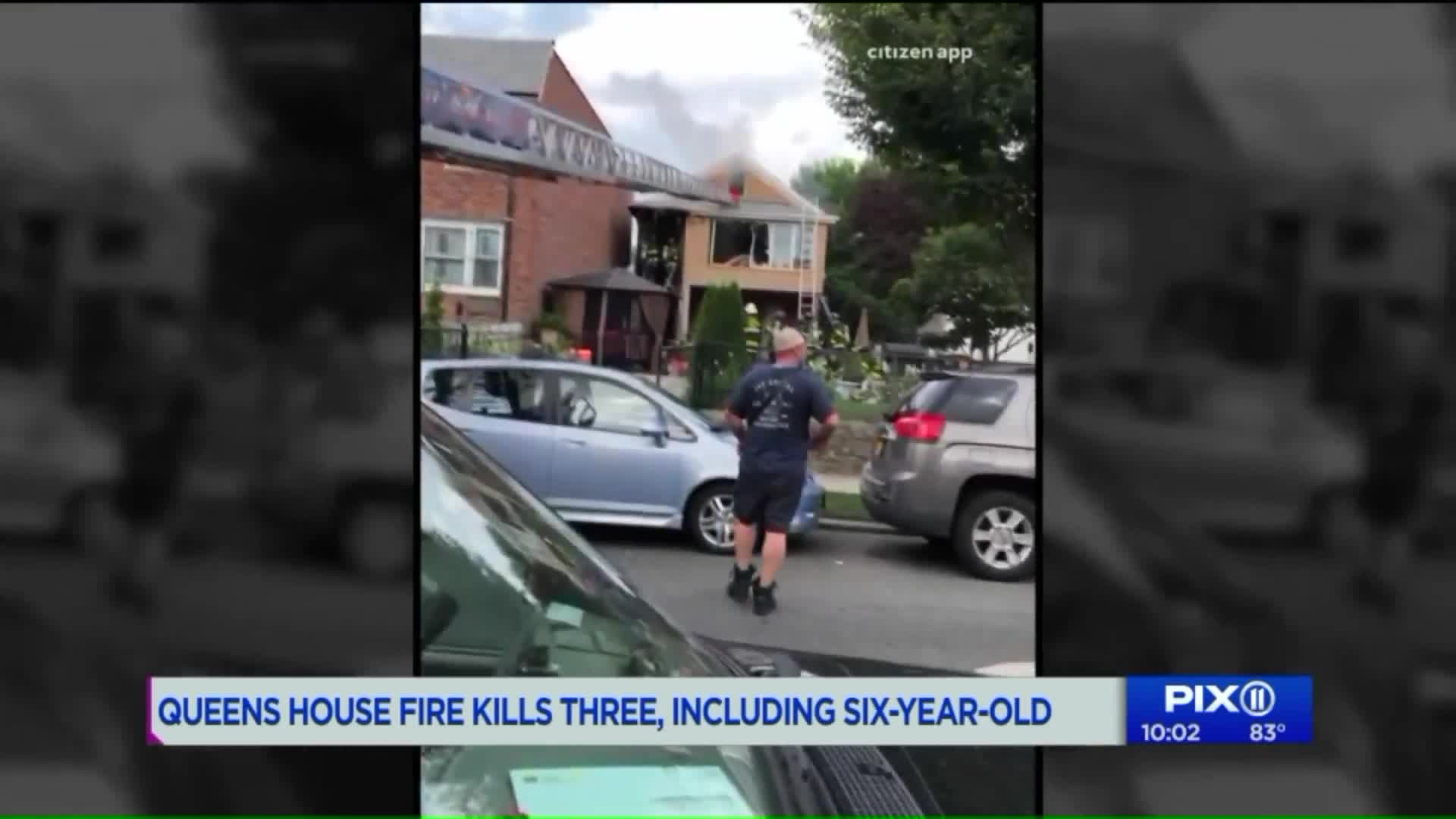 A 6-year-old girl is among the three people dead and three others are injured in a Queens house fire on Wednesday afternoon, officials said. 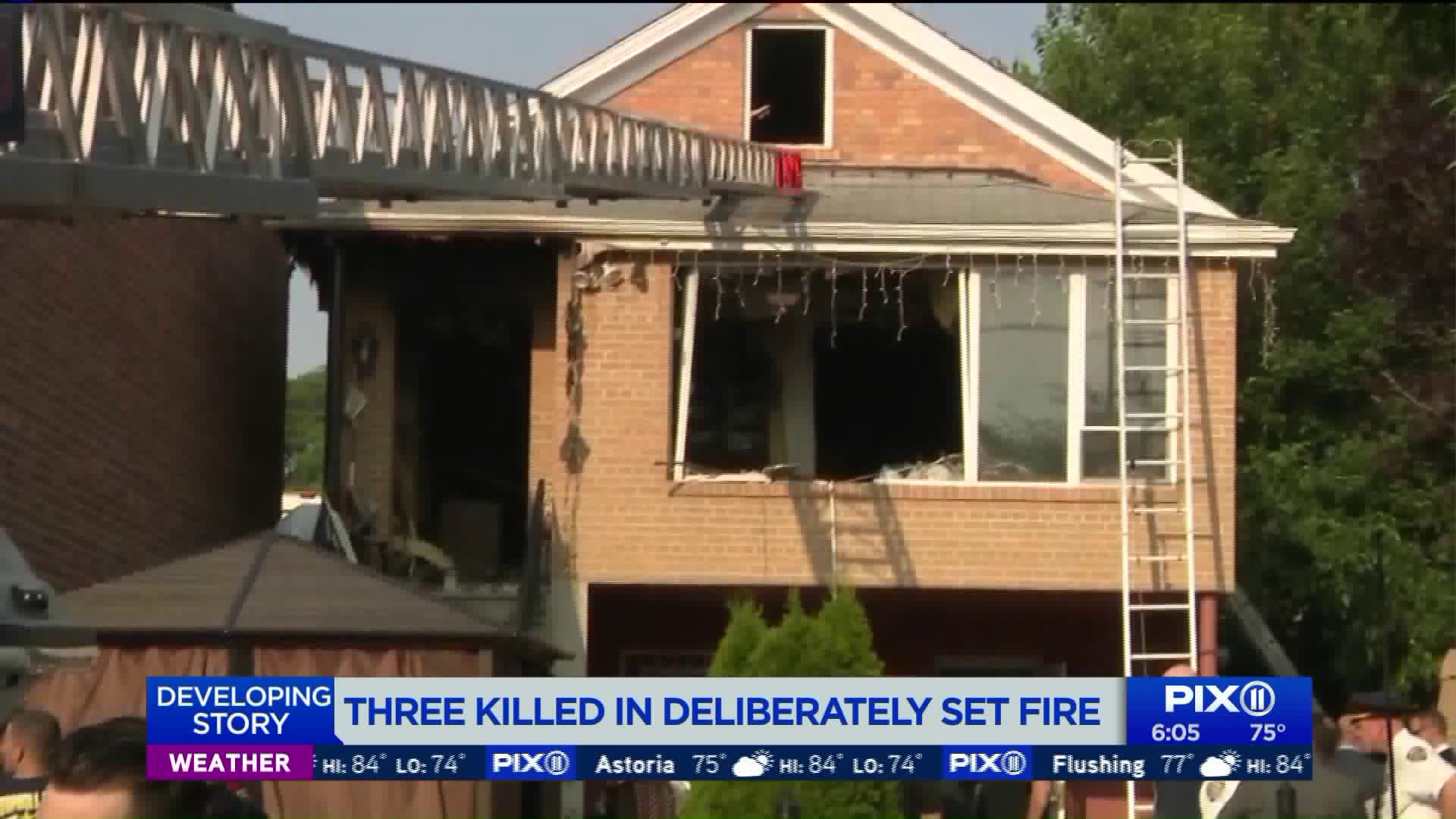 EAST ELMHURST, Queens —  A 6-year-old girl is among the three people killed, with two others injured critically, when sources say a man intentionally set a Queens house on fire Wednesday afternoon.

At least three people were killed in a Queens fire on July 10. (Citizen)

The call came in just after 4 p.m. for a fire in a single-family home on 93rd Street in East Elmhurst after a first-floor tenant heard the smoke detector and dialed 911, officials said.

Two of the residents had already evacuated, the FDNY described them as "very critically injured." Three others were still inside as the FDNY went in to extinguish the blaze.

A 35-year-old woman and a 10-month-old boy are at the hospital in what the FDNY describes as "extremely critical condition with burn and smoke injuries." One other person suffered minor injuries.

“Unfortunately it’s a sad afternoon here in East Elmhurst," said FDNY Commissioner Daniel A. Nigro. "It’s quite unusual at that time in the afternoon to have a fire trap five occupants in a private dwelling. The first call we received came from the occupant of the first floor apartment in that home who heard an alarm going off and called 911.”

It was a two-alarm fire that was quickly gotten under control. The circumstances behind the deaths and injuries are unknown.

A neighbor said that FDNY attended to two victims for over 30 minutes.

Sources tell PIX11 that the fire was intentionally set by the 23-year-old man who died in the fire. He was described by sources as "unstable."

Sources say the man poured gasoline in the kitchen and then set it on fire. According to sources, the man was reportedly a close friend of the family that lives at the home and the victims were from out of town.

New York City Councilmember Francisco Moya tweeted out that the incident has been deemed a crime scene.

UPDATE:
This incident has been deemed a crime scene. FDNY has placed fire under control; Fire Marshals and NYPD remain on scene conducting an investigation.

3 victims have died, 2 suffered severe injuries, and one person sustained a minor injury.

The official cause of the fire was not immediately known. Fire officials are investigating.