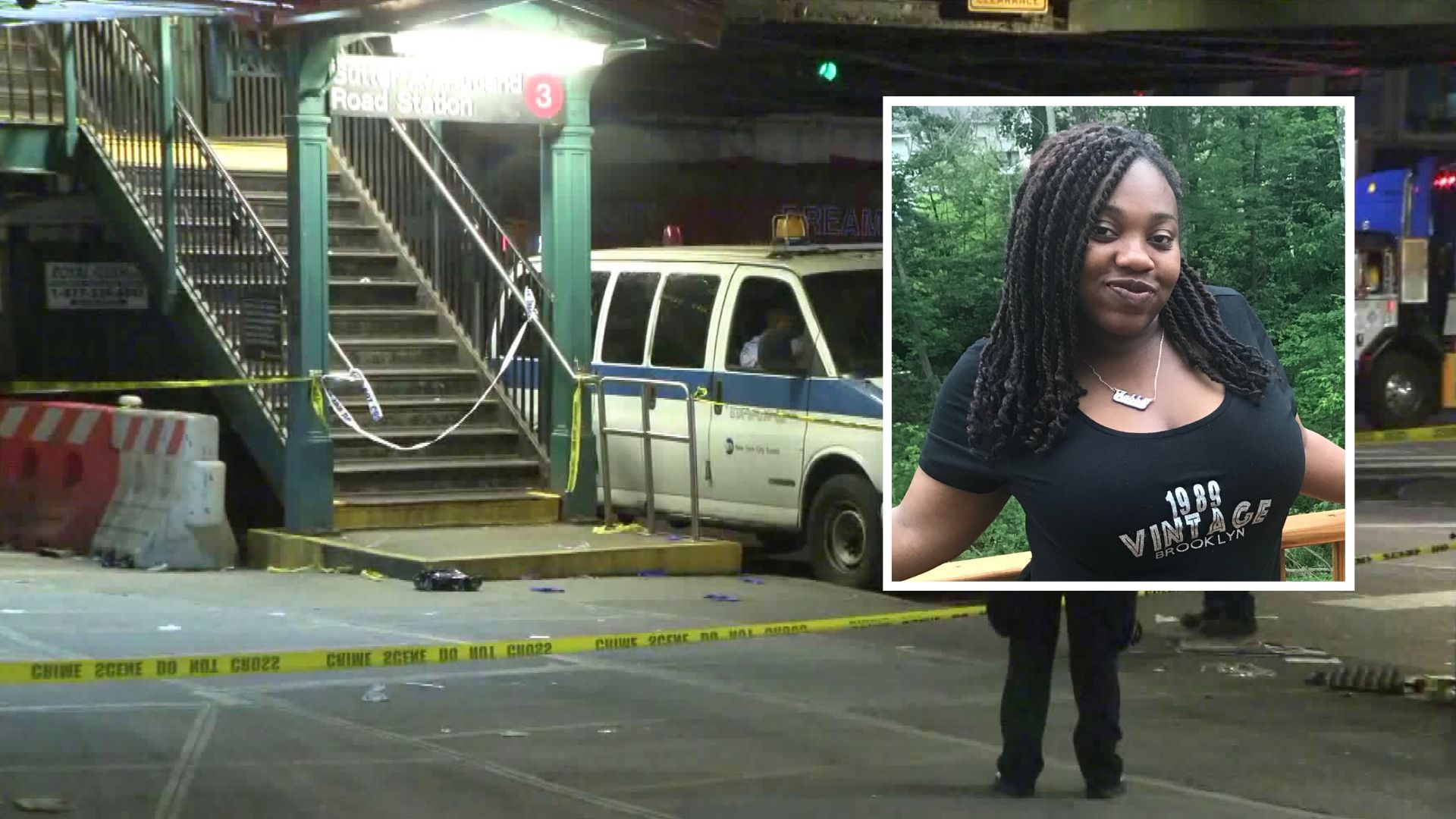 A woman has been arrested for allegedly stabbing a Brooklyn mother to death in a subway station late Monday night after a fight that started on a train, authorities said. Police are now questioning the 20-year-old suspect who allegedly stabbed Latanya Watson, 30, to death after the two got into a dispute on a train in Brooklyn.

BROWNSVILLE, Brooklyn — A woman has been arrested for allegedly stabbing a Brooklyn mother to death in a subway station late Monday night after a fight that started on the train, authorities said.

According to police, it all began Monday night just after 9 p.m. when Latanya Watson, 30, got into a fight with the 20-year-old suspect on a train approaching the Sutter Avenue-Rutland Road/East 98 Street station on the No. 3 train line in Brownsville, Brooklyn.

As the two women got off the train at the Brownsville above-ground station, the dispute continued onto the station mezzanine, where Watson defended herself with pepper spray, police told PIX11 News.

An emotional Jerelle Martin, Watson's fiancé, told PIX11's Anthony DiLorenzo that she leaves behind a young son around 12 years old and that he and Watson had been dating for 10 years.

"I had plans to marry this woman," Martin said through tears Tuesday.

Officers responded to a 911 call for the stabbing around 9:17 p.m. and discovered Watson in the station mezzanine with stab wounds to her face, neck and arm, police said.

Watson was taken to Brookdale Hospital Medical Center where she was pronounced dead around 10 p.m., authorities said.

Police said they followed a trail of blood from the subway station to the suspect's apartment door, where family directed them to a nearby hospital where Simmons was being treated for a cut on her arm.

Police charged Simmons with manslaughter and criminal possession of a weapon.

No. 3 and 4 train service to the station has resumed after being interrupted due to police investigation earlier Tuesday morning.