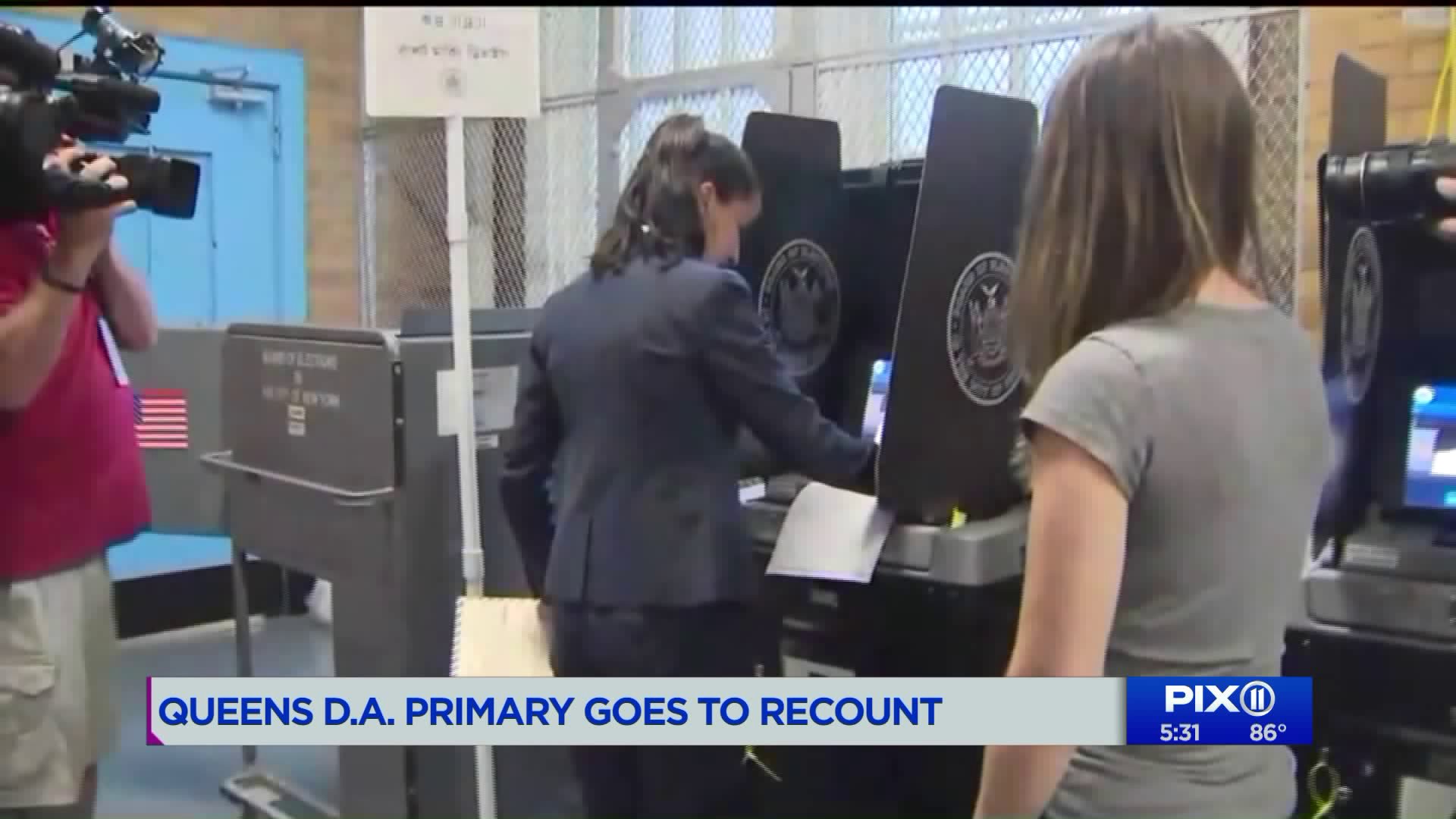 The spokeswoman, Valerie Vazquez-Diaz, said the actual counting of the ballots likely won't start until Thursday and is expected to stretch into next week.

Also on Tuesday, a state Supreme Court hearing on 114 disputed affidavit ballots was adjourned until next week. The Caban campaign argues that the affidavit ballots filled out by voters on the day of the primary were wrongly discarded.

Both candidates say they want every valid vote to be counted.

"Over the coming days and weeks, we will continue to fight in court and at the Board of Elections to make sure Queens voters are not disenfranchised," Caban campaign spokesman Daniel Lumer said.

Katz spokesman Matthew Rey said, "We have held since the beginning of this process when were behind by 1,100 votes that every valid vote should count and we continue to maintain that position now that we lead by 16 votes."

Katz, a former City Council and state Assembly member and the favorite of moderate Democrats including New York Gov. Andrew Cuomo, had been considered the front-runner in the race to succeed longtime District Attorney Richard Brown, who died in May.

Presidential candidates Elizabeth Warren and Bernie Sanders endorsed Caban, a first-time candidate who campaigned on a promise to prosecute and incarcerate fewer people.

The eventual winner of the Democratic primary will be strongly favored to win the November general election.