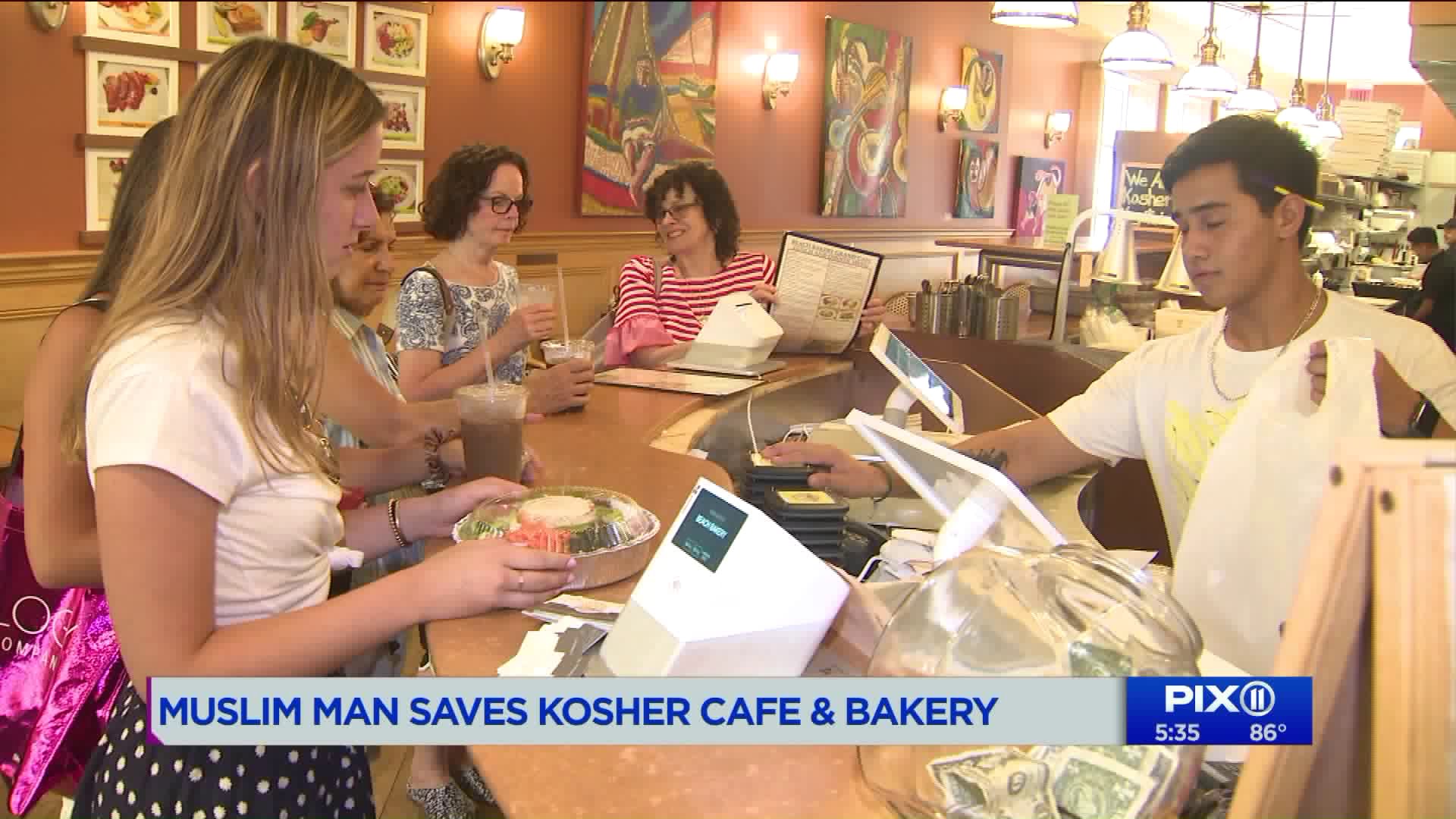 A kosher bakery out on Long Island was about to shut down when it was saved by a Muslim man. Now it`s not just certified kosher, but also halal. Since he took over, revenue has actually gone up 30 percent.

WESTHAMPTON BEACH, NY —  When it comes to kosher eateries on Long Island’s East End, Beach Bakery & Grand Cafe in Westhampton Beach is the only game in town.

“It’s the only kosher establishment within a 75-mile radius,” said Rabbi Marc Schneier.

So when the bakery went up for sale a few months ago, some customers worried the establishment would shut down.

That’s until Rashid Sulheri, the new owner of this kosher establishment, stepped in.

Some people were worried, but then they got to know him and learned that he would keep the café and bakery kosher.

“They absolutely love it. I’ve never been welcomed at any business like I have here,” he said.

Since taking over, revenue has gone up 30 percent.

“I think it’s cool that anyone can see an opportunity regardless of background,” said Zack Bohm. “It goes to show what America is all about”

The new owner has also brought in new customers. Aside from the Stabley Schmidt’s kosher certification, the owner has also added Halal to attract devout Muslims to the cafe.

“It is so awesome that this man is making a bridge between Muslim and Jewish community so everyone has their kosher and halal in the same place,” said Muhammad Ullah. “It’s all about the food.”