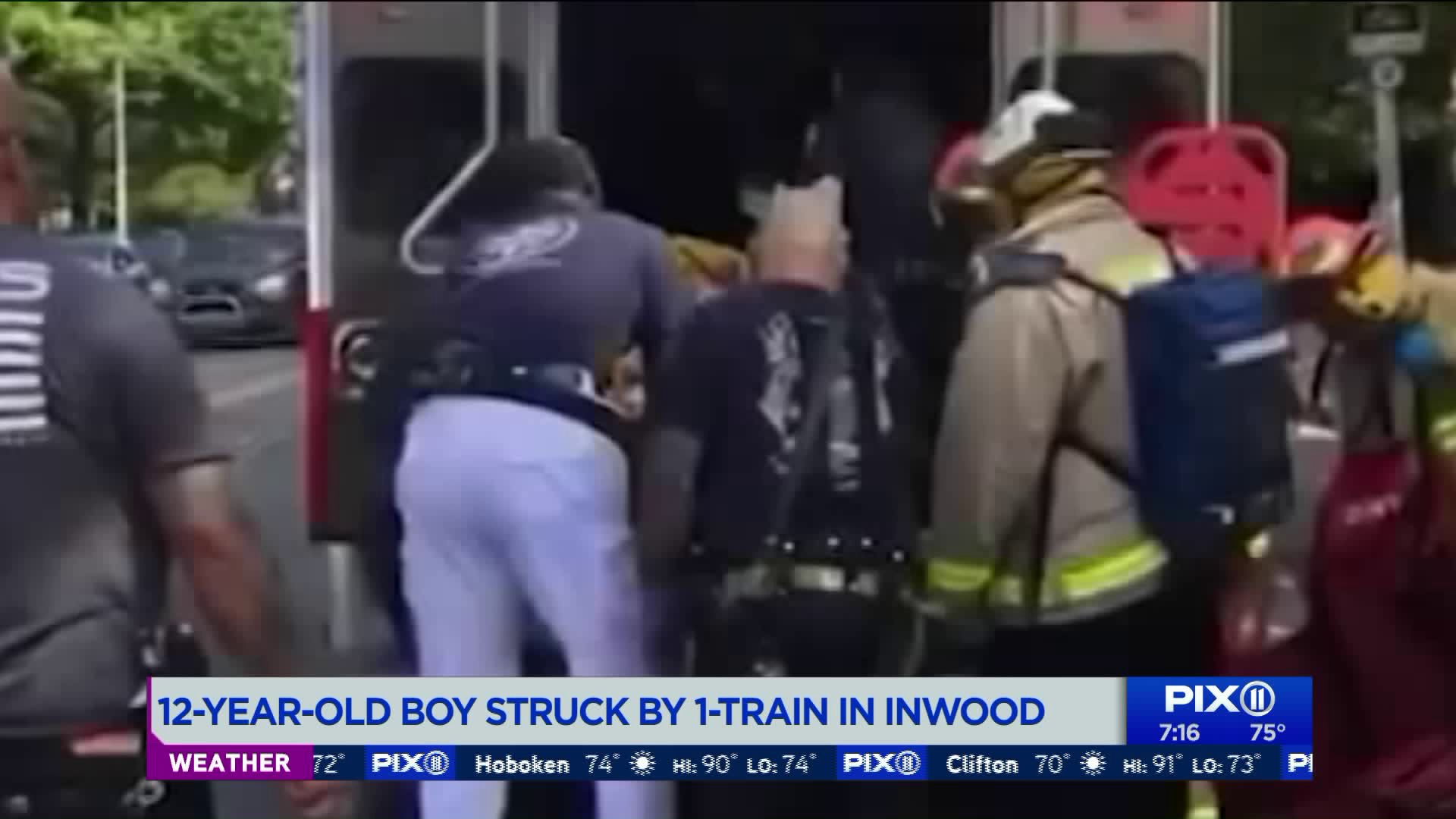 A child was hit by a No. 1 train near the Dyckman Street stop Tuesday afternoon after investigators say he broke away from his babysitter. He remains in the hospital in critical condition. Anthony DiLorenzo has the lastest.

INWOOD, Manhattan — A 12-year-old boy was struck by a train in Inwood on Tuesday evening and critically injured, officials said.

The child, who sources say has autism, was hit by a No. 1 near the Dyckman Street stop around 4 p.m., police said.

Before the incident, the boy was initially reported missing after he ran away from his 24-year-old caretaker as they were walking back to his home on Park Terrace East in Inwood, Police sources told PIX11's Anthony DiLorenzo.

The boy suffered injuries to his arm and both of his legs and his left foot might have to be amputated, police said.

"Our thoughts are with the individual and his family," NYCT Subway tweeted.

Officials still aren't sure how the boy ended up on the tracks.

Service on the line was restored after the child was hit, but commuters were advised to expect delays in both directions.