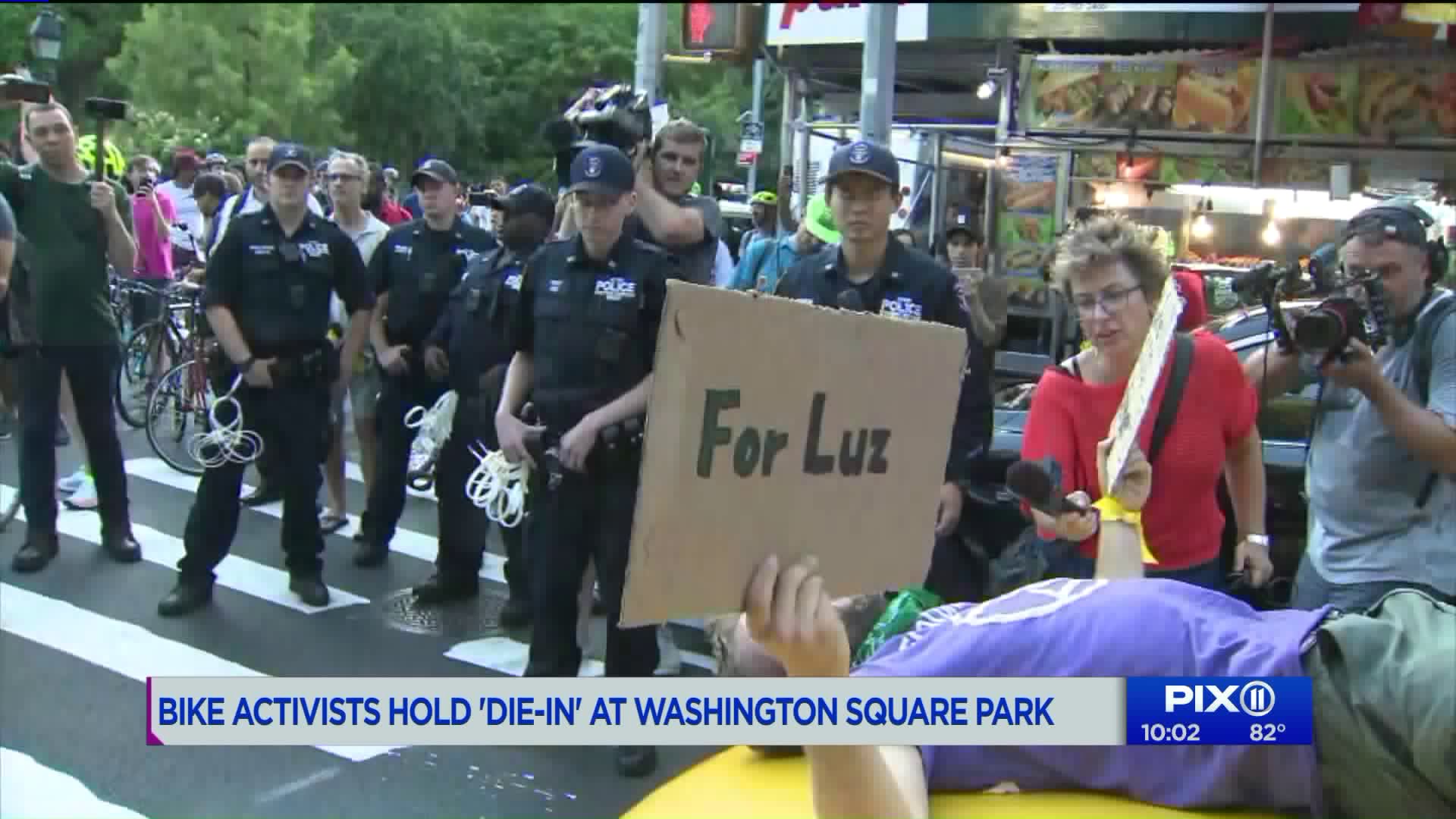 An impressive and chilling display of unity and call to action from the New York City cycling community unfolded Tuesday evening.

More than 1000 cyclists laid on the ground during a so-called “die in” to call attention to the 15 bicyclist struck and killed on city streets this year.

They were mainly silent as a trumpet played music. After the “die in” was complete, all 15 names were read. The number of cyclists killed in 2019 is already 50% more than during all of 2018.

On the ground was Councilman Jimmy Van Bramer who said reckless drivers with repeat offenses should over their licenses pulled. He also wants to see a network of connected, protected bicycle lanes across the city.

Organizers, including bicycling groups from around the city, used the large gathering to call on Mayor de Blasio and the police to do more.

The NYPD has written hundreds more tickets to people parking in bike lanes since the beginning of the month.

After the formal “die in” protest ended, one man took things a step further by laying down again this time atop the hood of a taxi cab—bringing nearby traffic to a stand still.

As he was arrested the cabbie said he sympathized with cyclists, but said sometimes they go to far with their aggressiveness.

”They have the right to ride their bicycles around the city,” The frustrated driver said. “But right now we are stuck here, and my customers are gone, and nobody paid the meter. I don’t know what to say.”