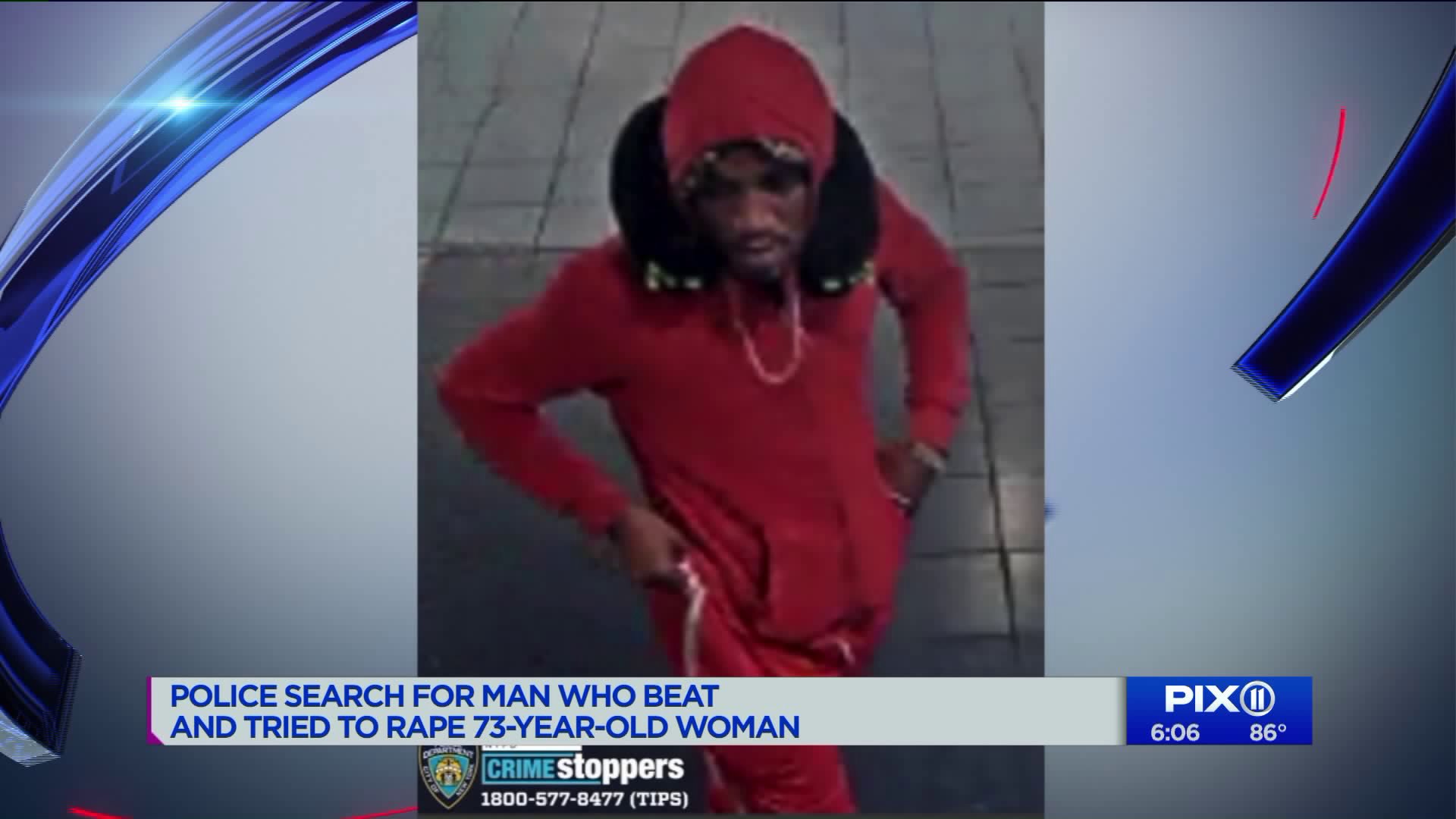 The attacker is described is as a 6-foot tall man with a slim build, last seen wearing a red track suit, and gray and white Nike sneakers.

LOWER MANHATTAN — Police are looking for a man who allegedly attacked a 73-year-old woman, knocking out her teeth, during an attempted rape in Manhattan Sunday.

Photo of man wanted for allegedly beating a 73-year-old woman in Manhattan.

The woman was standing near the corner of Battery Place and Greenwich Street just before 1 a.m., when a man approached her and demanded sex, according to police.

When she refused, the man punched her multiple times in the face, causing serious injuries and the loss of her teeth, police said.

The attacker then removed the victim's bag, containing $20, before fleeing the scene, cops said.

The victim, who police believe is homeless, was taken to an area hospital and was treated for multiple lacerations, bruising and a broken eye socket, according to authorities.

The attacker is described is as a 6-foot tall man with a slim build, last seen wearing a red track suit, and gray and white Nike sneakers.

Anyone with information in regard to the identity of this male is asked to call the NYPD's Crime Stoppers Hotline at 1-800-577-TIPS (8477) or for Spanish, 1-888-57-PISTA (74782). The public can also submit their tips by logging onto the CrimeStoppers website at WWW.NYPDCRIMESTOPPERS.COM or on Twitter @NYPDTips.