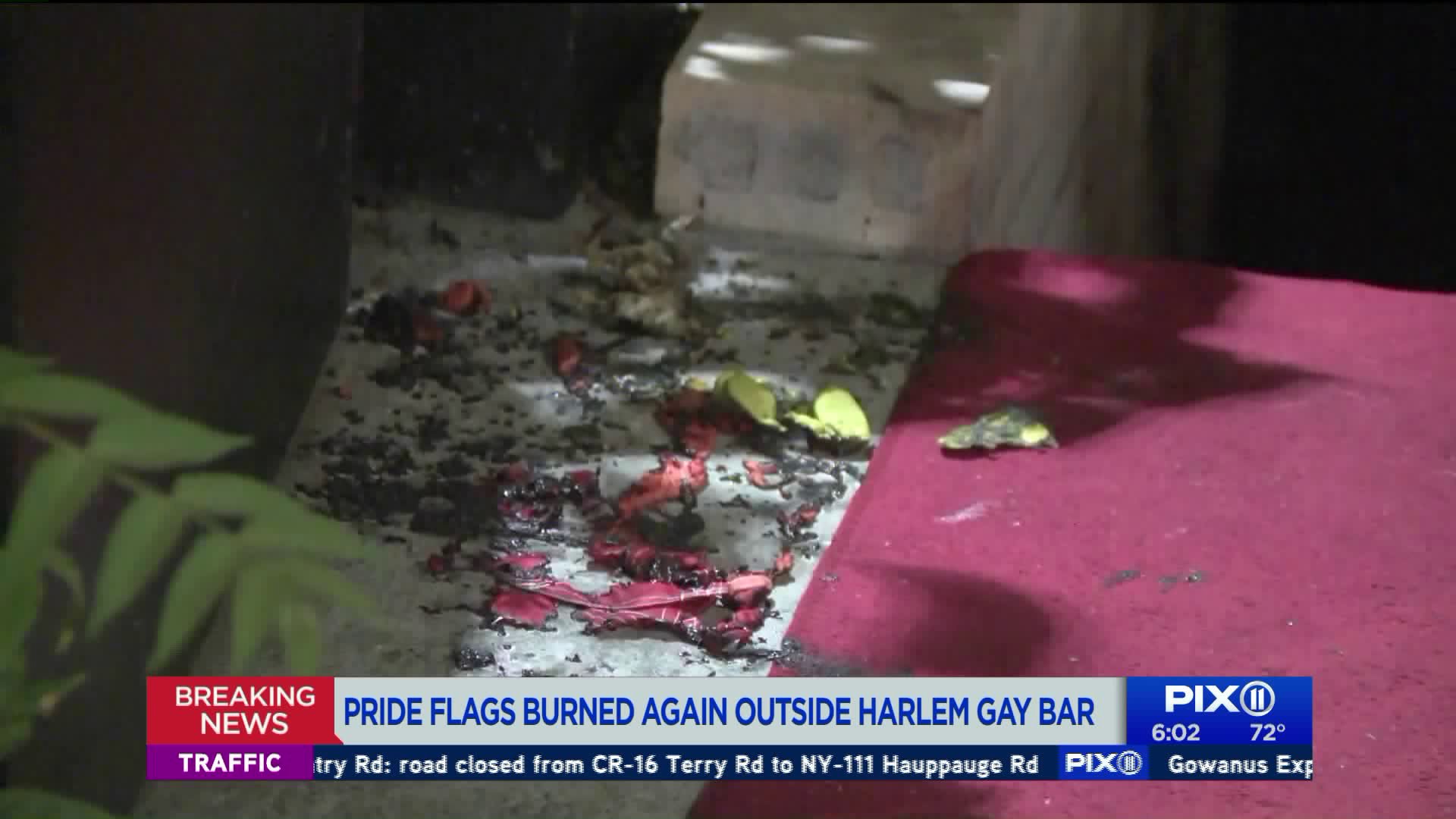 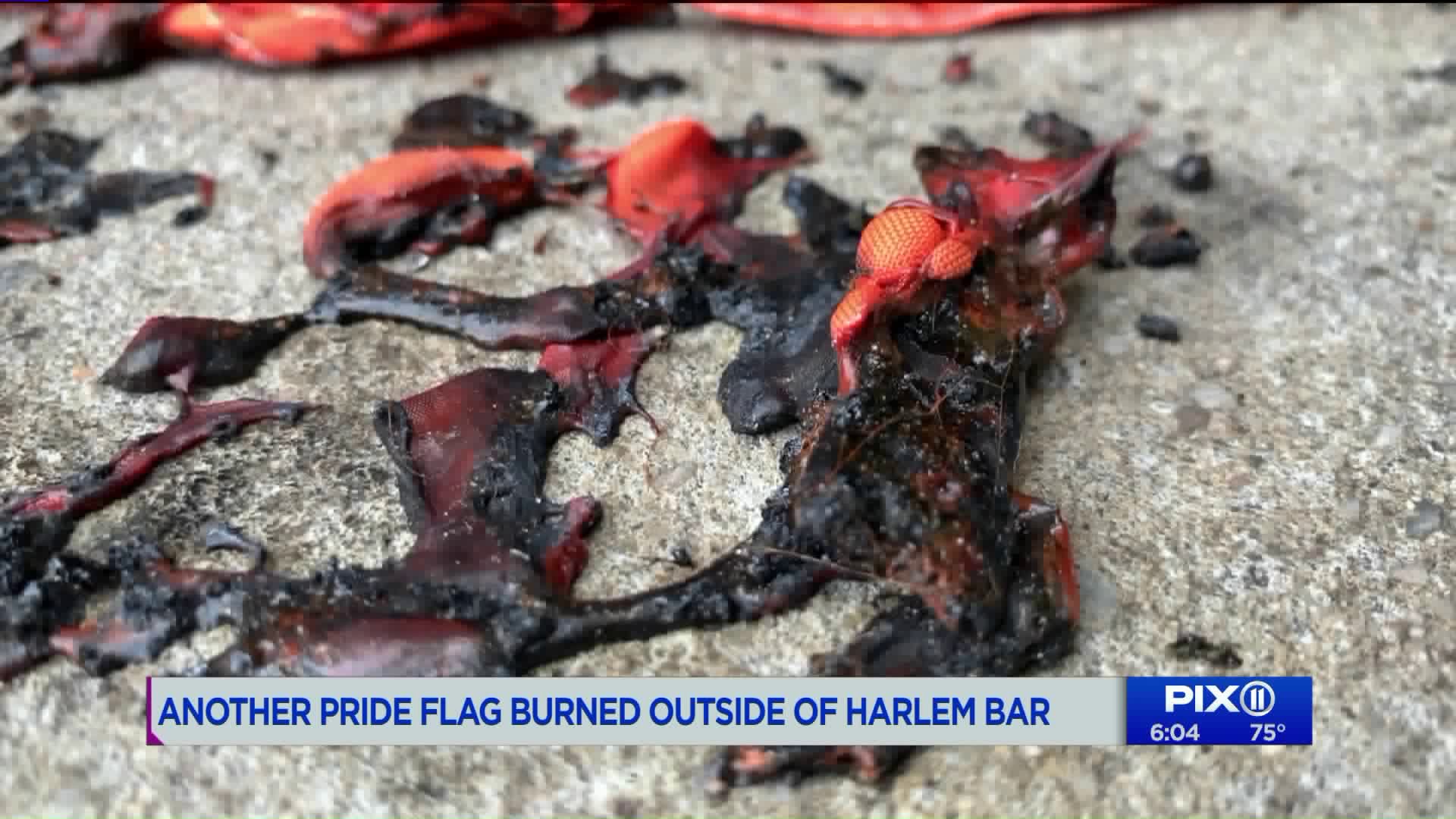 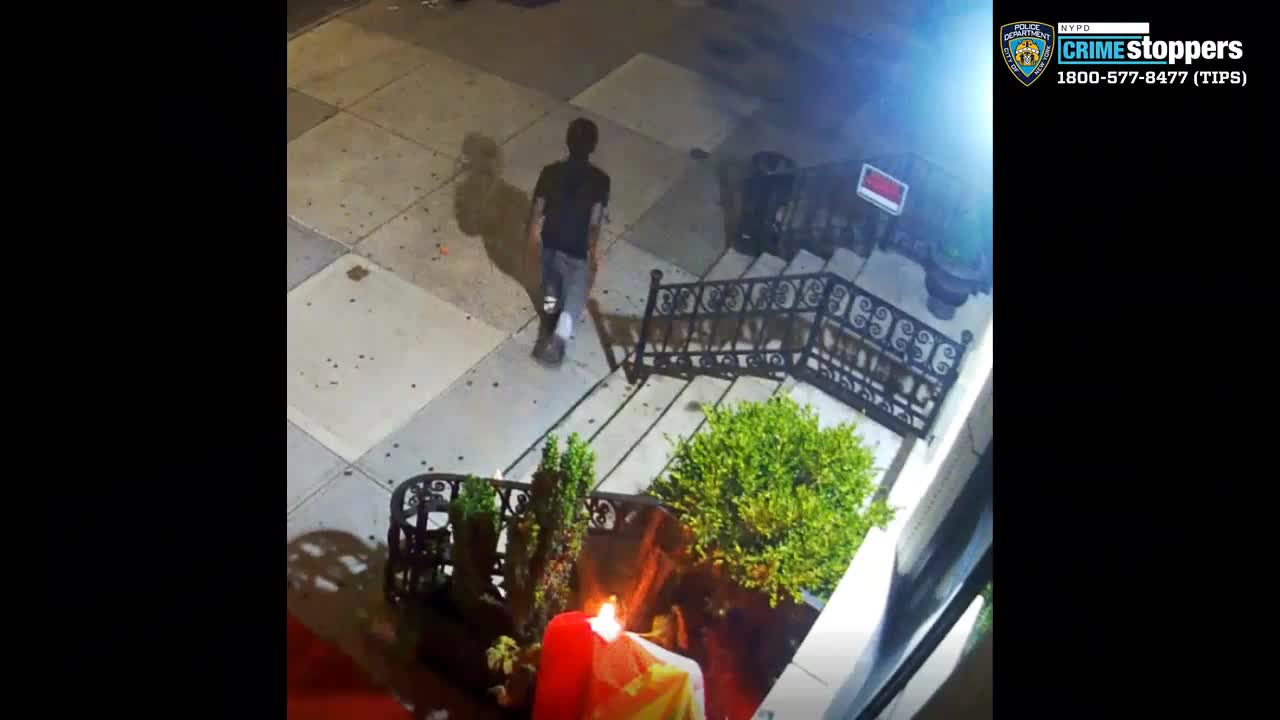 HARLEM — The pride flag on display outside Alibi Lounge in Harlem was set on fire — again.

Just over a month ago, an arsonist was caught on camera outside the bar 2376 Adam Clayton Powell Boulevard.

Police have maintained a steady presence outside the bar since that May 31 attack; they were not there Sunday night.

The incident happened around the same time as the first — right around midnight.

No arrests have been made in either event.

"Is it calculated? Is it someone that has worse intentions?" asked owner Alex Minko.