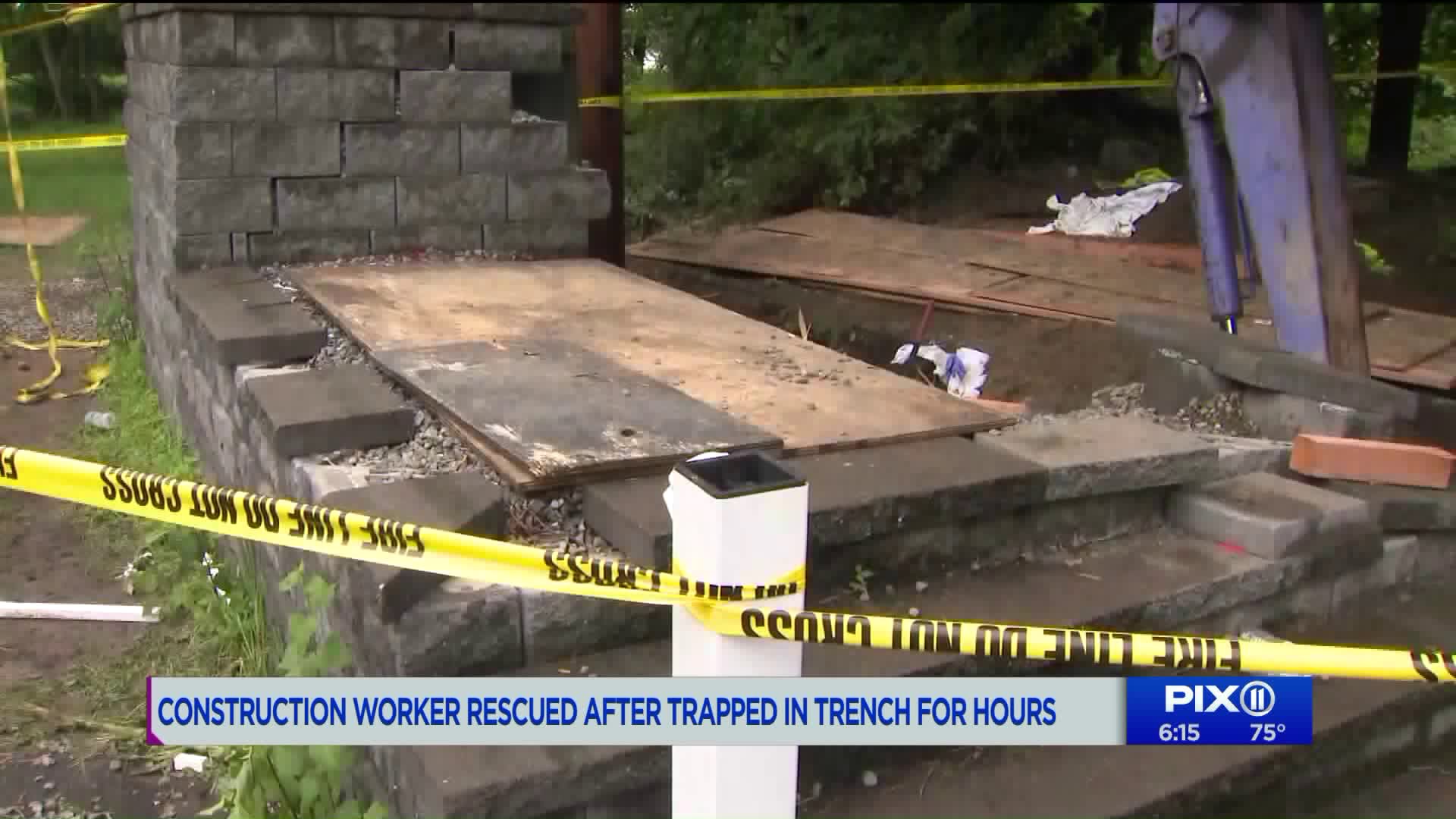 The 61-year-old worker was trapped when a retaining wall caved in as he was digging a trench at a Knights of Columbus hall. He was removed about four hours later after crews built a support structure to stabilize the trench and a vacuum truck was used to remove rocks and other debris.

PEQUANNOCK TOWNSHIP, N.J. -- A worker was rescued after being trapped in a trench collapse in New Jersey Monday morning.

Pequannock Police say the unidentified 61-year-old man was digging the trench around 9 a.m. at Knights of Columbus Hall on Lincoln Park Road when a retaining wall of block and stone gave way and collapsed into the trench.

The worker was trapped up to his waist in dirt and rubble.

Crews were able to free him just before noon and he was transported to St. Joseph's Regional Medical Center in Paterson.

He was reported to be alert and in "good spirits" at the hospital.