City failed to do repairs and remove kids from lead-contaminated NYCHA apartments: reports 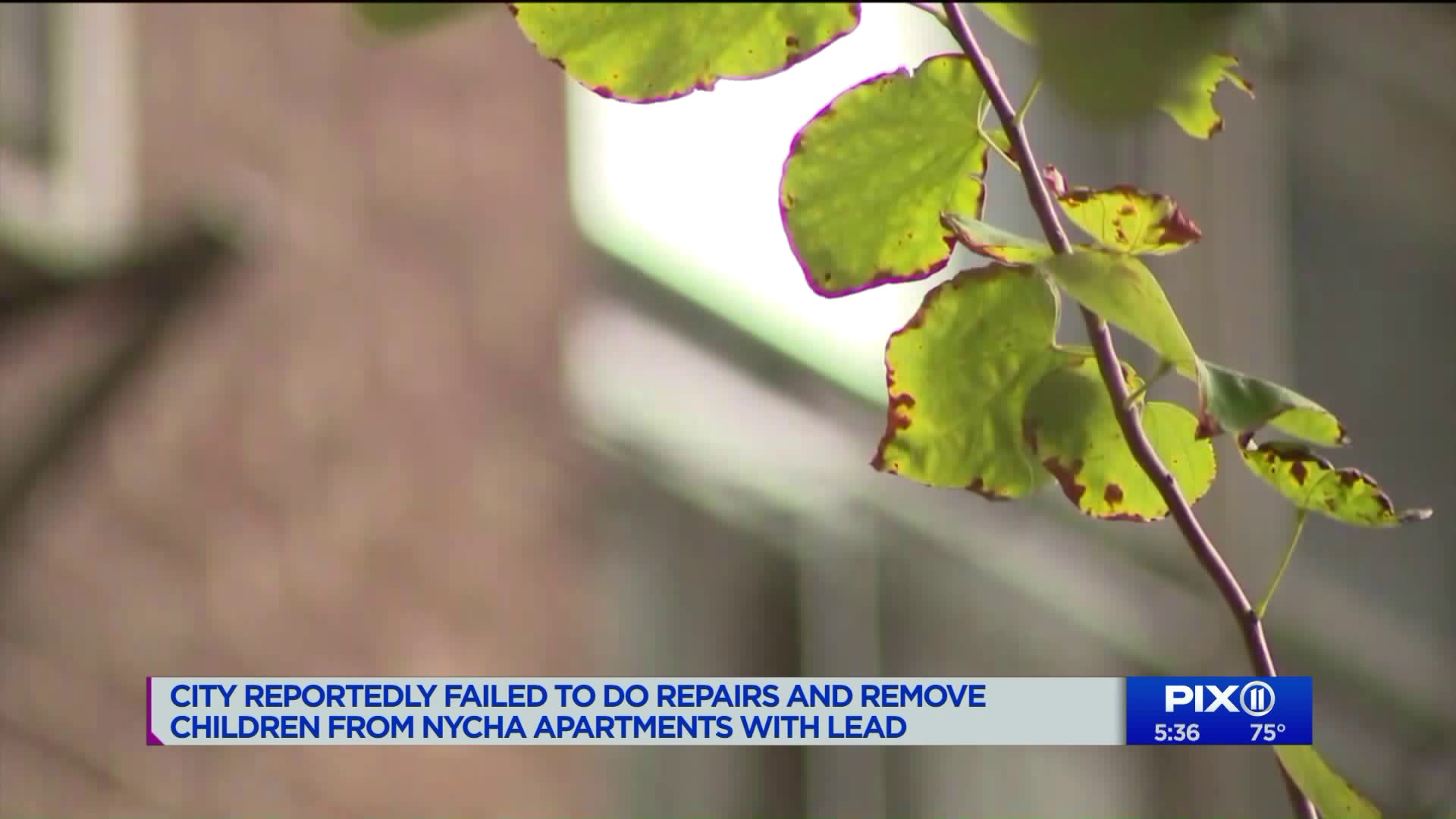 NYCHA apartments that contained lead in them were reportedly told to the city and have yet to be fixed.

New York City failed to do repairs and move kids out of apartments with lead.

Instead, the city’s health department allegedly allowed NYCHA to appeal the findings, according to published reports

Judith Goldiner, the attorney in charge of the civil law reform unit at the NYC Legal Aid Society, says she is outraged by new information confirmed by the New York Post Monday, saying city inspectors found lead paint in up to 34 apartments where lead poisoned children were living, instead of taking immediate action the department of health failed to require NYCHA to do abatement and move kids out, according to the new report.

“Someone could have moved out of these apartments and a new family moved in and they were never abated and we don’t know why that was,” said Goldiner.

For over a year, PIX11 has told the stories of children poisoned by lead. Last year, we spoke to Sherron Paige who lives in the Red Hook houses. Paige’s four-year-old son Kyon had a blood lead level of 12 and is suing the city.

“I don’t know if there is still lead in my home now,” said Paige last year.

“I think question here needs to be asked of the department of health. Thru know how many more apartments there are where this happened and the question needs to be asked why did you not require them to abate this,” said Goldiner.

“The process described in the story is the way of the past," said a spokesperson for Mayor de Blasio's office. "Now, NYCHA remediates any apartment found to have elevated lead levels, and for the first time in its history, it is testing every apartment where lead has not previously been ruled out. This administration has significantly reduced lead exposure for kids in public housing, and we will be there to support every child and family who needs it along the way until we drive this problem into nonexistence.”

"New York City is a national model in preventing children’s elevated blood lead levels and we’ve seen a nearly 90% decline since 2005," said a spokesperson for the New York City Department of Health. "Every day the Health Department reviews children’s blood lead test results and works closely with families to identify possible sources of lead exposure. The Health Department follows and works with the family of every child until their elevated blood lead level drops."

Goldiner says there are still more documents out there and believes there are more apartments with children who are lead poisoned that have not been abated.