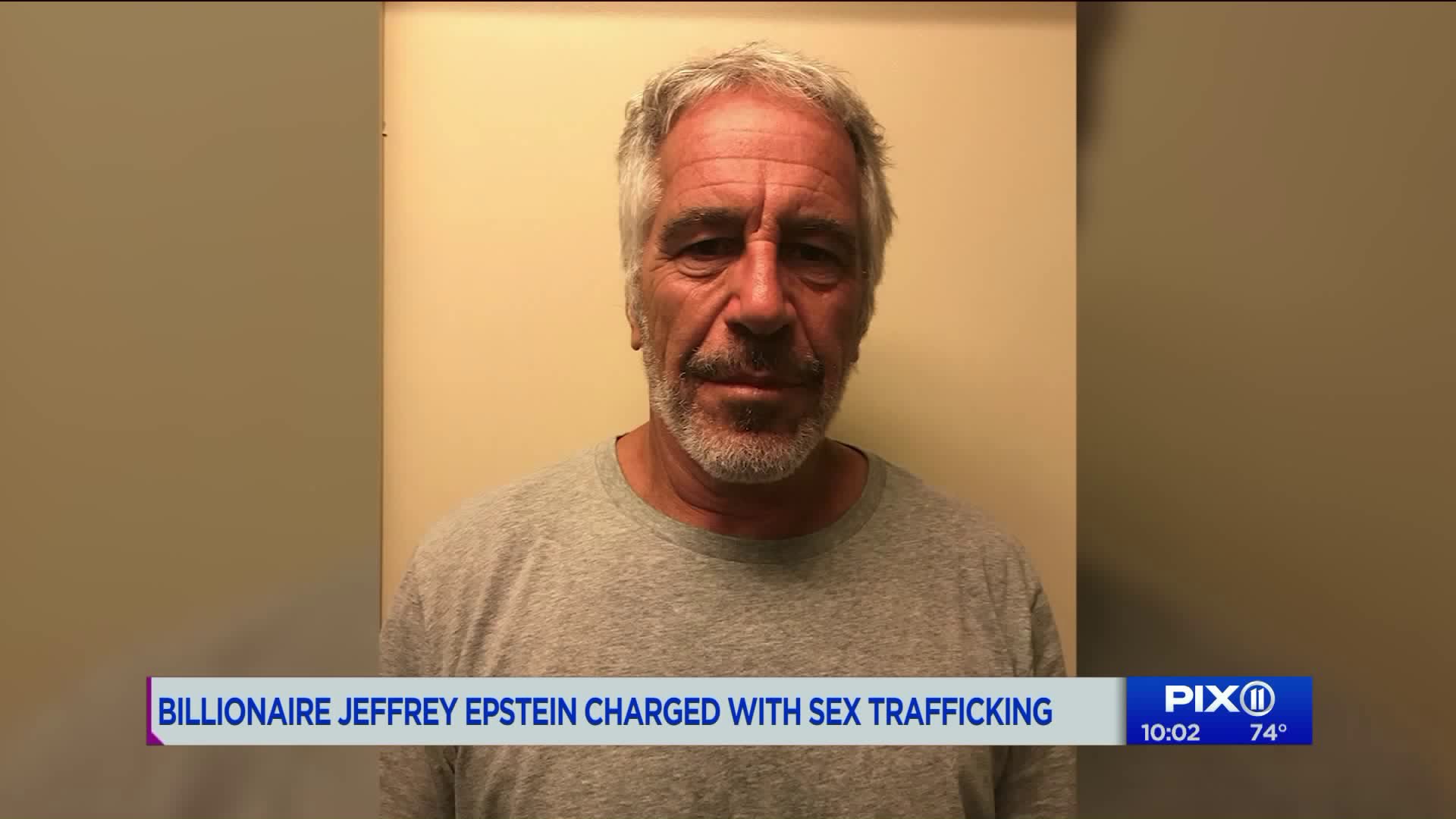 A decade after they were accused of letting Jeffrey Epstein off the hook, federal prosecutors made another run at putting the billionaire financier behind bars on sex allegations, charging him Monday with abusing dozens of underage girls as young as 14.

NEW YORK — A decade after they were accused of letting Jeffrey Epstein off the hook, federal prosecutors made another run at putting the billionaire financier behind bars on sex allegations, charging him Monday with abusing dozens of underage girls as young as 14.

The 66-year-old hedge fund manager who once socialized with some of the world's most powerful people was charged in a newly unsealed indictment with sex trafficking and conspiracy and could get up to 45 years in prison.

Prosecutors said the evidence included a "vast trove" of hundreds or even thousands of lewd photographs of young women or girls, discovered in a search of his New York mansion.

Epstein, who was arrested over the weekend as he arrived in the U.S. from Paris aboard his private jet, was brought into court Monday in a blue jail uniform, his hair disheveled, and pleaded not guilty. His lawyers argued that the matter had been settled in 2008 with a plea agreement in Florida involving similar allegations.

"This is ancient stuff," Epstein attorney Reid Weingarten said in court, calling the case essentially a "redo" by the government.

The defendant was ordered jailed for a bail hearing next Monday, when prosecutors plan to argue that the rich world traveler might flee if released.

Epstein was accused of paying underage girls hundreds of dollars in cash for massages and then molesting them at his homes in Florida and New York from 2002 through 2005.

He "intentionally sought out minors and knew that many of his victims were in fact under the age of 18," prosecutors said. He also allegedly paid some of his victims to recruit additional girls.

"In this way, Epstein created a vast network of underage victims for him to sexually exploit in locations including New York and Palm Beach," prosecutors said.

U.S. Attorney Geoffrey Berman of New York said that the non-prosecution agreement that spared Epstein from a heavy prison sentence a decade ago is binding only on federal prosecutors in Florida, where the deal was made, not on authorities in New York.

"While the charged conduct is from a number of years ago, it is still profoundly important to the many alleged victims — now young women," Berman said. "They deserve their day in court. We are proud to be standing up for them by bringing this indictment."

Assistant U.S. Attorney Alex Rossmiller said that while there is some overlap between the Florida and New York cases, one of the counts against Epstein is based entirely on New York victims.

Federal authorities said new accusers have come forward since Epstein's arrest, and they urged other possible victims to contact the FBI.

Some of Epstein's accusers welcomed the indictment.

"The news of my abuser's arrest today is a step in the right direction to finally hold Epstein accountable for his crimes and restore my faith that power and money can't triumph over justice," Sarah Ransome said through her lawyer.

Prosecutors in New York are seeking the forfeiture of Epstein's mansion, a seven-story, 21,000-square-foot townhouse less than a block from Central Park. The home, formerly a prep school, is across the street from a home owned by Bill Cosby and has been valued at approximately $77 million.

Epstein, who is unmarried and whose friends have included President Donald Trump, former President Bill Clinton and Britain's Prince Andrew, was arrested Saturday at an airport in New Jersey, just outside New York City. Prosecutors said they would oppose his release on bail.

"He has enormous wealth. The charges are very serious and carry with them a maximum sentence of 45 years, which to someone of Epstein's age is basically a life sentence," Berman said, "so we think he has every incentive to try and flee the jurisdiction."

Epstein's arrest came amid increased #MeToo-era scrutiny of the 2008 non-prosecution agreement that allowed Epstein to maintain his jet-set lifestyle that includes a Bentley and homes in Paris and the U.S. Virgin Islands, where he owns an island.

Under the once-secret deal — overseen by Alexander Acosta, who was the U.S. attorney in Miami at the time and is now Trump's labor secretary — Epstein pleaded guilty to state charges of soliciting a minor for prostitution. He avoided a possible life sentence and served 13 months in jail, during which he was allowed out to go to his office during the day.

The deal also required that he reach financial settlements with dozens of his alleged victims and register as a sex offender.

Acosta has defended the agreement as appropriate, though the White House said in February that it was looking into his handling of the case.

The new charges were brought by the public corruption unit within the U.S. attorney's office in New York, which normally handles cases against politicians. Berman would not comment on why that was so and cautioned against reading anything into it.

Attorney General William Barr declined to comment on Epstein's case and would not say offer an opinion whether federal prosecutors mishandled it initially, saying he has recused himself from the matter.

According to court records in Florida, authorities say at least 40 underage girls were brought into Epstein's Palm Beach mansion for sexual encounters after being recruited around the world.

Some of Epstein's alleged victims have accused Prince Andrew and former Harvard law professor Alan Dershowitz with taking part in Epstein's sex ring. Buckingham Palace has vehemently denied any involvement by Andrew, and Dershowitz has accused the victims of lying about him.

The non-prosecution agreement, examined in detail in a series of stories in The Miami Herald, is being challenged in federal court in Florida. A federal judge ruled earlier this year that Epstein's victims should have been consulted under the law about the agreement, and he is now weighing whether to invalidate it.

"The past cannot be undone; the government committed itself to the NPA, and the parties have not disputed that Epstein complied with its provisions," prosecutors wrote.

UPDATE: President Bill Clinton released a statement on Monday evening shedding light on what connections he had to Epstein.