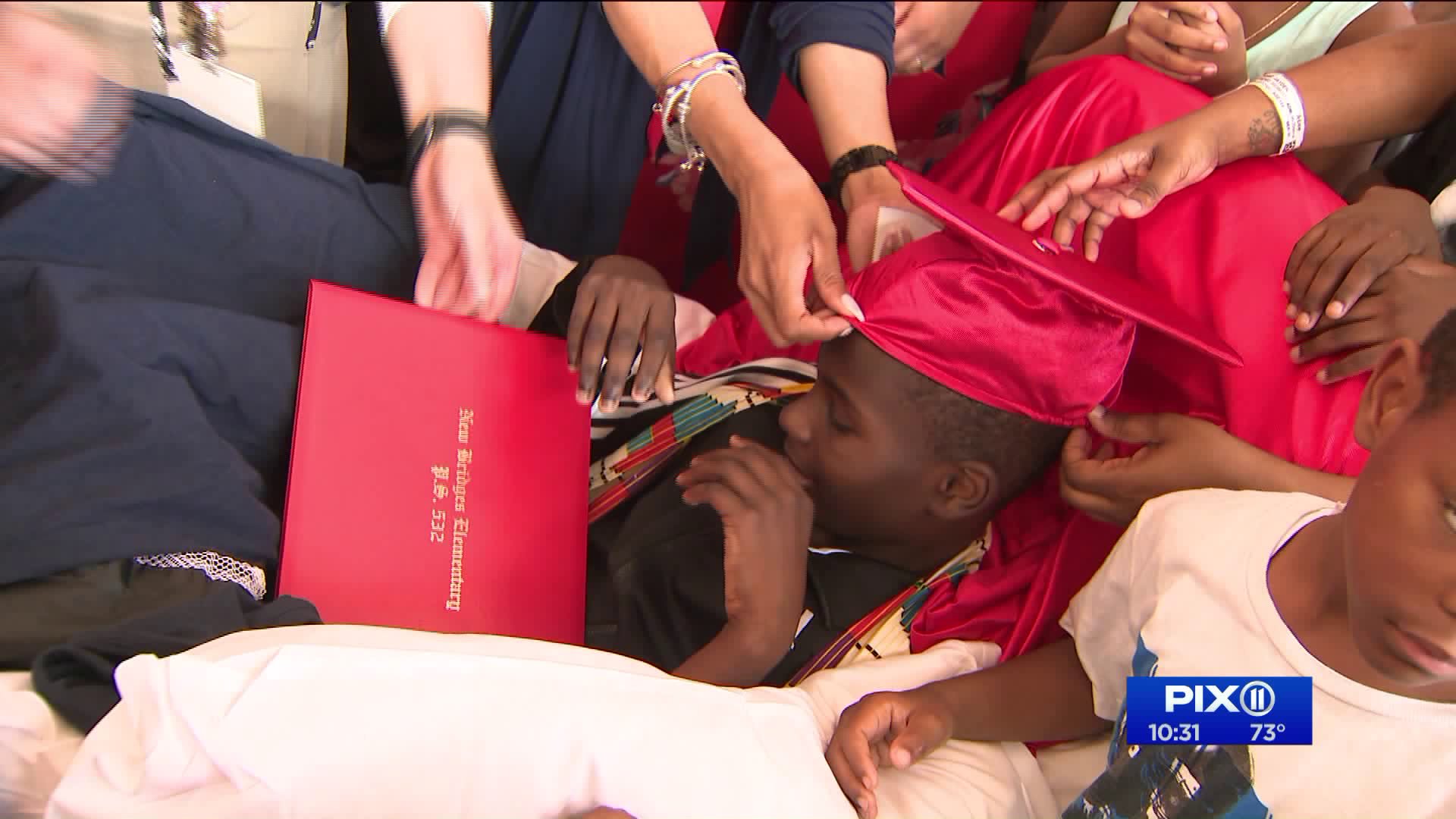 An 11-year-old Brooklyn boy missed his 5th grade graduation when he was struck by a stray bullet right after he got a haircut for the big day. But Monday, weeks after the June 20 shooting, New Bridges Elementary School brought the graduation to Jayden Grant at Maimonides Medical Center.

CROWN HEIGHTS, Brooklyn — An 11-year-old Brooklyn boy missed his 5th grade graduation when he was struck by a stray bullet right after he got a haircut for the big day.

A 31-year-old man was also struck when a gunman opened fire on Schenectady Avenue.

"When this happened almost three weeks ago, we didn't know. We honestly did not know that night whether he was going to make it or not," Grant's grandmother, Bessie Watson-Grant, said.

Now it's not clear if her grandson will ever walk again.

In addition to family, friends and the school community, the firefighters that helped save Jayden celebrated with the 11-year-old boy. The members of Engine Company 234 heard the gunfire. Their firehouse was just feet away.

"When we noticed that a child was involved, everybody just sprung into action," firefighter Olando Pitts said.

Bessie Watson-Grant said she is optimistic her grandson will be released from the hospital soon and move to a rehab center.

A GoFundMe is raising funds for Jayden's medical expenses, but Watson-Grant, a registered nurse, says she's been trying to brace her family for what's coming — the astronomical financial cost of her grandsons' long-term recovery.

Watson-Grant discussed Jayden's difficult path forward on "Talk It Out With Jay Dow."