Police officer on motorcycle struck while on patrol, arrest made 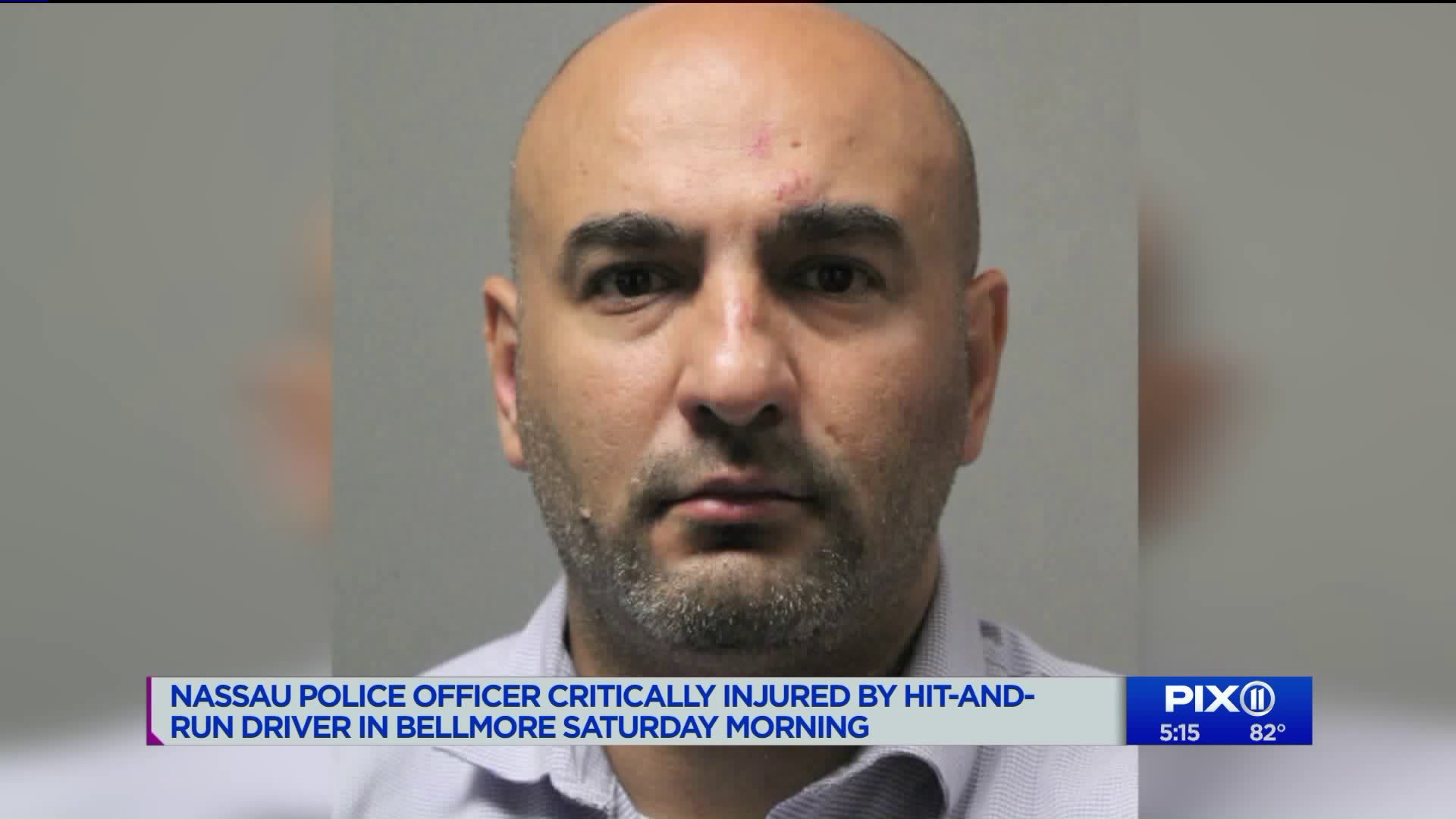 A man has been arrested as a Nassau County police officer continues to recover at the hospital after he was struck while riding his motorcycle Saturday.

MINEOLA, N.Y. — A man has been arrested as a Nassau County police officer continues to recover at the hospital after he was struck while riding his motorcycle Saturday.

Hussam Rajab, of North Bellmore, to be charged with Leaving the Scene of an Auto Accident with a Serious Physical Injury.

Police say the officer was on patrol when he when the incident happened Saturday morning.

Hussam Rajab, 40, was traveling westbound at the intersection of Bellmore Avenue and Alice Avenue in North Bellmore when he struck the officer on his motorcycle traveling northbound on Bellmore Avenue, according to police.

He was taken to the hospital for his injuries. Police say he is in critical condition.

“We are praying for the full recovery of Nassau County Police Officer George Day who was struck by a vehicle while on patrol on his motorcycle today. Nassau County police officers put their lives on the line every single day in order to protect the residents of Nassau County. This is a reminder of the danger that our officers face every day while in the line of duty.”