Tap dance phenom Savion Glover: ‘I am in love with it’ 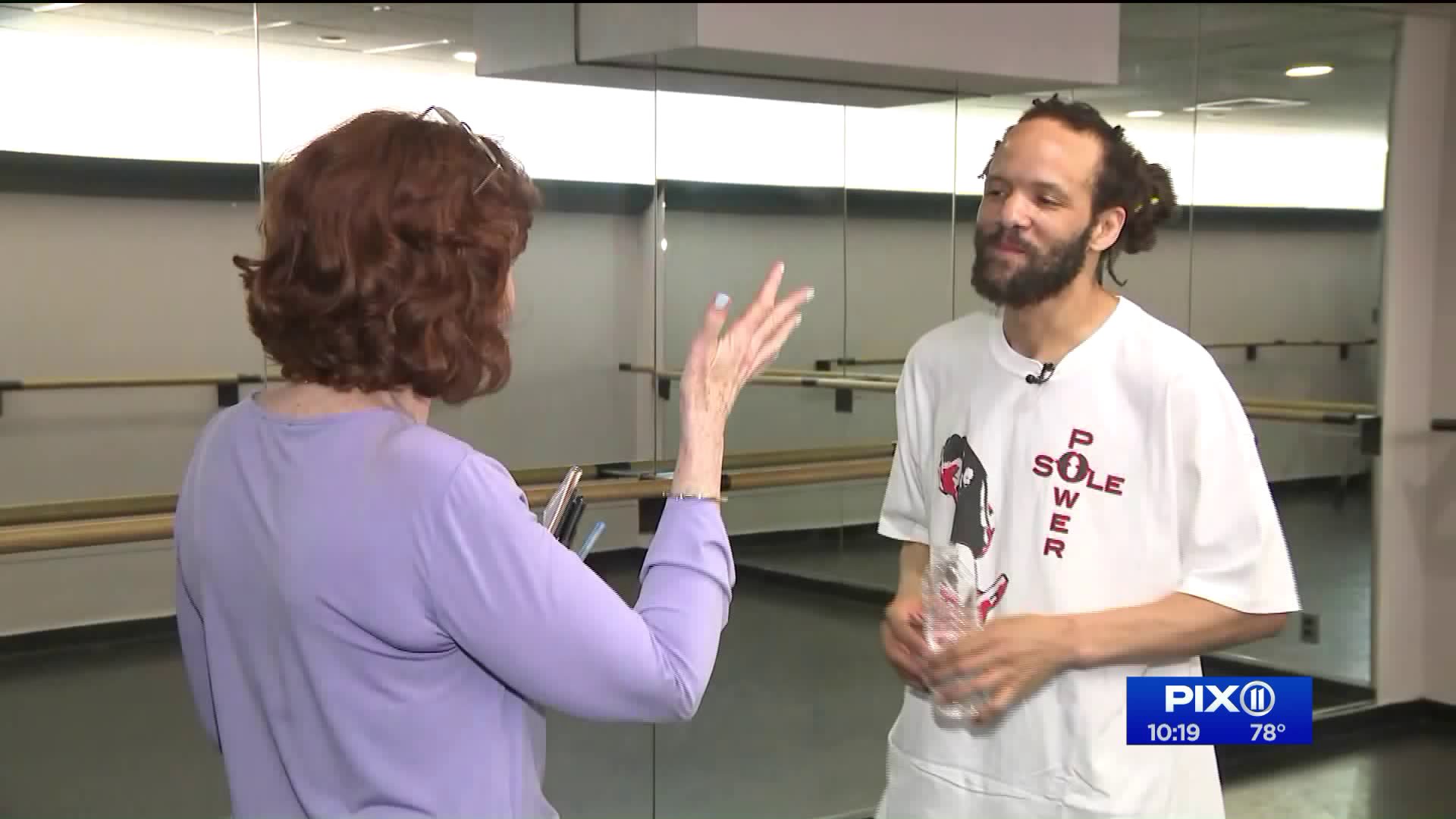 “I’m in love with it and that’s how I keep it fresh,” Glover told PIX11 News.

It’s been 35 years of creating and tapping for this 45-year-old Tony award winning dancer and choreographer from Newark.

“It’s basically my approach to recognizing the masks, the gestures, the music and the sound and the energy of the time and how that changes over time,” Glover told PIX11 News.

Ever since the age of 10, when Glover starred in "The Tap Dance Kid" on Broadway, he has won awards and acclaim including a White House visit, but the title “greatest Tap dancer ever in this world” makes this modest dancer uncomfortable.

With his 14-year-old son Chaney and two friends watching this interview, Glover is all about giving back. That’s why started a tap dance school in Newark, buying the Newark building where he first learned to tap, to teach others.

Glover is also directing "The Tap Dance Kid" at the New Jersey Performing Arts Center this summer and never, ever thinking of retiring.

“I’m sticking with you,” Glover said with a laugh. “I am grateful to my mother, my father and Is so grateful for creation, just to be in this now,” Glover said.

That summer intensive at NJPAC starts in mid July and ends with performances in mid September.