Driver of garbage truck in Route 495 crash speaks out 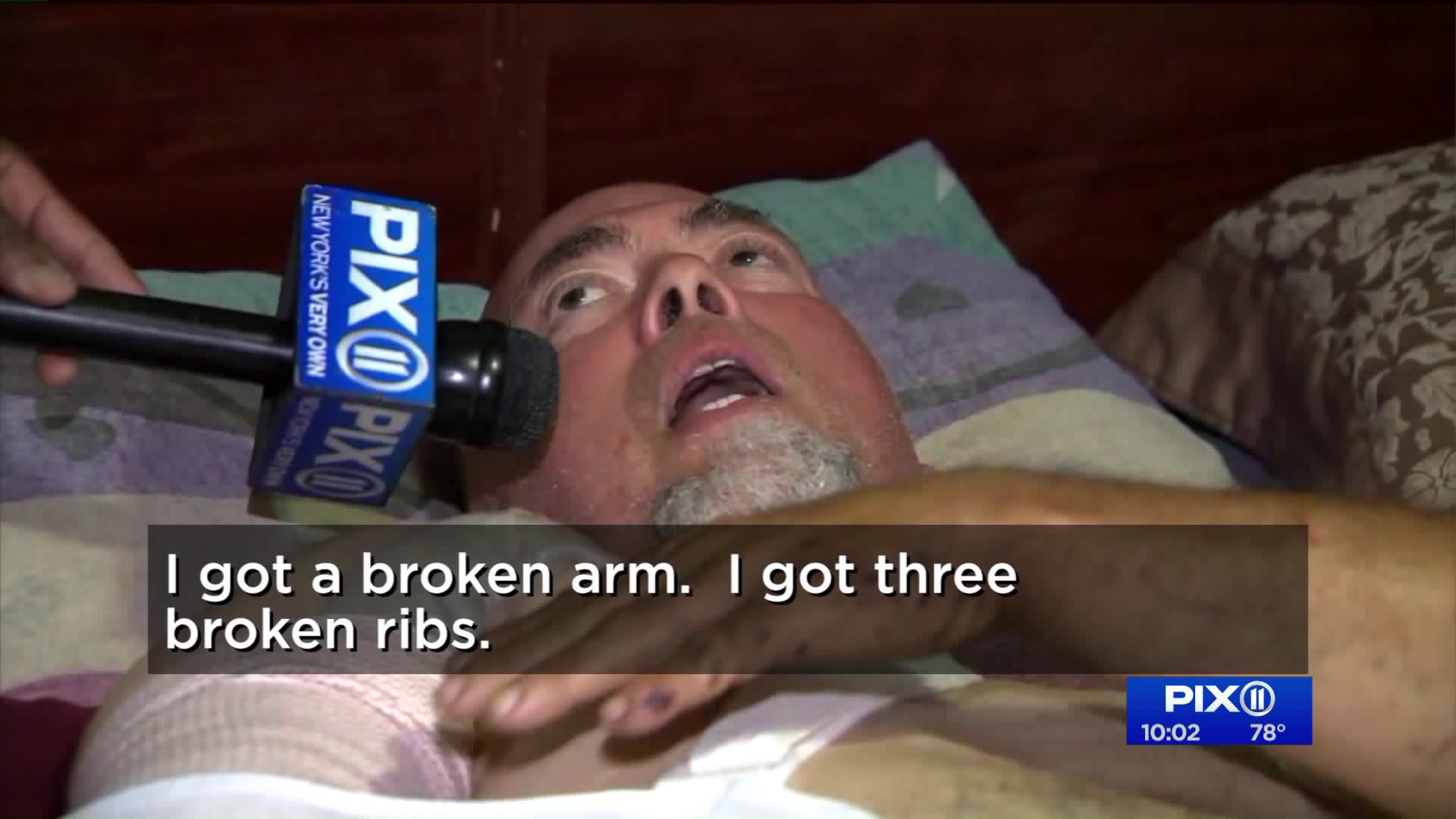 Eulalio Diaz knows how lucky he is to be alive to tell his story.

UNION CITY, N.J. — Eulalio Diaz knows how lucky he is to be alive to tell his story.

“It was terrible. It was shocking. It was a shocking situation,” he told PIX11 Friday.

The 53-year old says he’s a veteran big rig driver and was literally standing on the brakes earlier this week, trying unsuccessfully to stop his out of control Union City, New Jersey Garbage truck as it plowed through cars, a clock tower, and finally a fence. Finally, it tumbled over an overpass and down onto Route 495 below.

"I did, yes," Diaz said when asked if he was trying to hit the brakes. "It wouldn't stop. It would not stop the truck."

It was a miracle of luck and timing the multi-ton garbage truck didn’t land on and kill anyone below.

"I try not to hurt anybody," he said.

Diaz, who suffered a concussion, says he doesn’t even remember the moment his truck hit the roadway below.

But cell phone video shows he was conscious as he escaped the truck’s cabin with the help of several good Samaritans who stopped to help. He adds that he has a broken arm and three broken ribs.

Diaz's partner, who also suffered various injuries, had to be rescued and pulled from the vehicle.

People who witnessed the accident on Route 495 that injured 12 and shut down the Lincoln Tunnel for hours say they saw 53-year-old Union City garbage truck driver Eulalio Diaz trying to literally stand on the brakes to get control of the garbage truck.

The truck went over an overpass and fell onto the westbound lanes of Route 495 and did not land on any vehicles. Diaz reportedly saying he did everything he could do to try and stop the vehicle and not hurt anyone.

Union City municipal officials say that the Hudson County Prosecutor's Office is handling the investigation, one the office has already said would be a "long" investigation.

One of Diaz's fellow truck drivers say he is a good guy and did everything he could to prevent further damage.