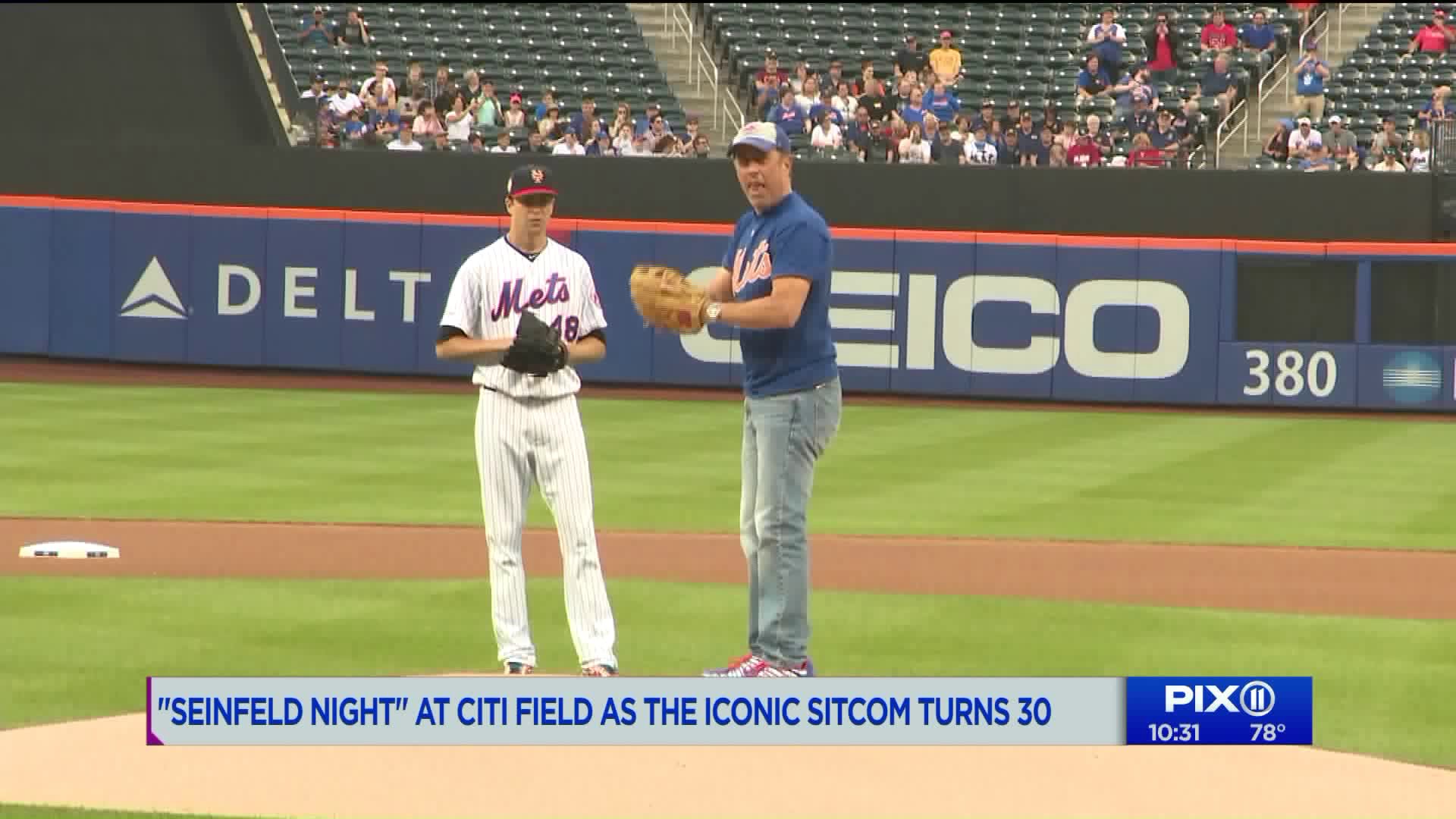 Worlds colliding at Citi Field Friday night as fans of the TV show "Seinfeld" and the Mets double dipping on their fandom.

QUEENS — Worlds colliding at Citi Field Friday night as fans of the TV show "Seinfeld" and the Mets double dipping on their fandom.

Jerry himself threw out the first pitch and captivated the fans like a red dot on a cashmere sweater.

Hunt and her family lined up outside Citi Field hours before first pitch. The entire family one of thousands hoping to get their hands on a Jerry Seinfeld bobble head doll 30 years after the show’s debut.

“Say Vandelay! Say Vandelay!” Hunt yelled recounting her one of her favorite episodes outside Citi Field.

Seinfeld’s Mets fandom played a prominent role in the show from the very beginning. Just a few scene’s into the first episode, Kramer ruins a game Jerry had been taping on his VCR by saying, “Boy, the Mets blew it tonight.”

Later in the series, former Mets First Baseman Keith Hernandez would make a cameo as himself. Hernandez setting the record straight on a spitting incident involving Kramer and Newman.

The show and the team became such a part of people’s lives that Roger and Sue D’Andria decided to spend their 32nd anniversary at citiField. Celebrating their love, with the team they love, on a night honoring a show they love.

“There’s so many that it’s a 'Seinfeld' moment whatever we do almost all the time,” Roger D’Andria said.

For Jessie Harrison the tickets to the game were an early birthday present from her husband.

And there’s no questioning her love for the team. She has her fandom tattooed on her arm: for the Mets, not Seinfeld.

“No not yet, but if I have to I will because I love Jerry for being a Mets fan,” she said.

Her husband Erik breaking out his George Castanza sized wallet for the occasion, despite the fact that people on dates shouldn’t even be allowed in public.

But the comedian was no joke throwing from the mound for the ceremonial first pitch.

And after seeing Seinfeld’s strike, Feuer says he might be able to do more for the Mets than cheer from the stands.

“I think he’d be a good addition to the bullpen. The bullpen’s great, I love you guys, you’re all fantastic, but I don’t think it would hurt.”