4 injured in Brooklyn shooting; person of interest being questioned 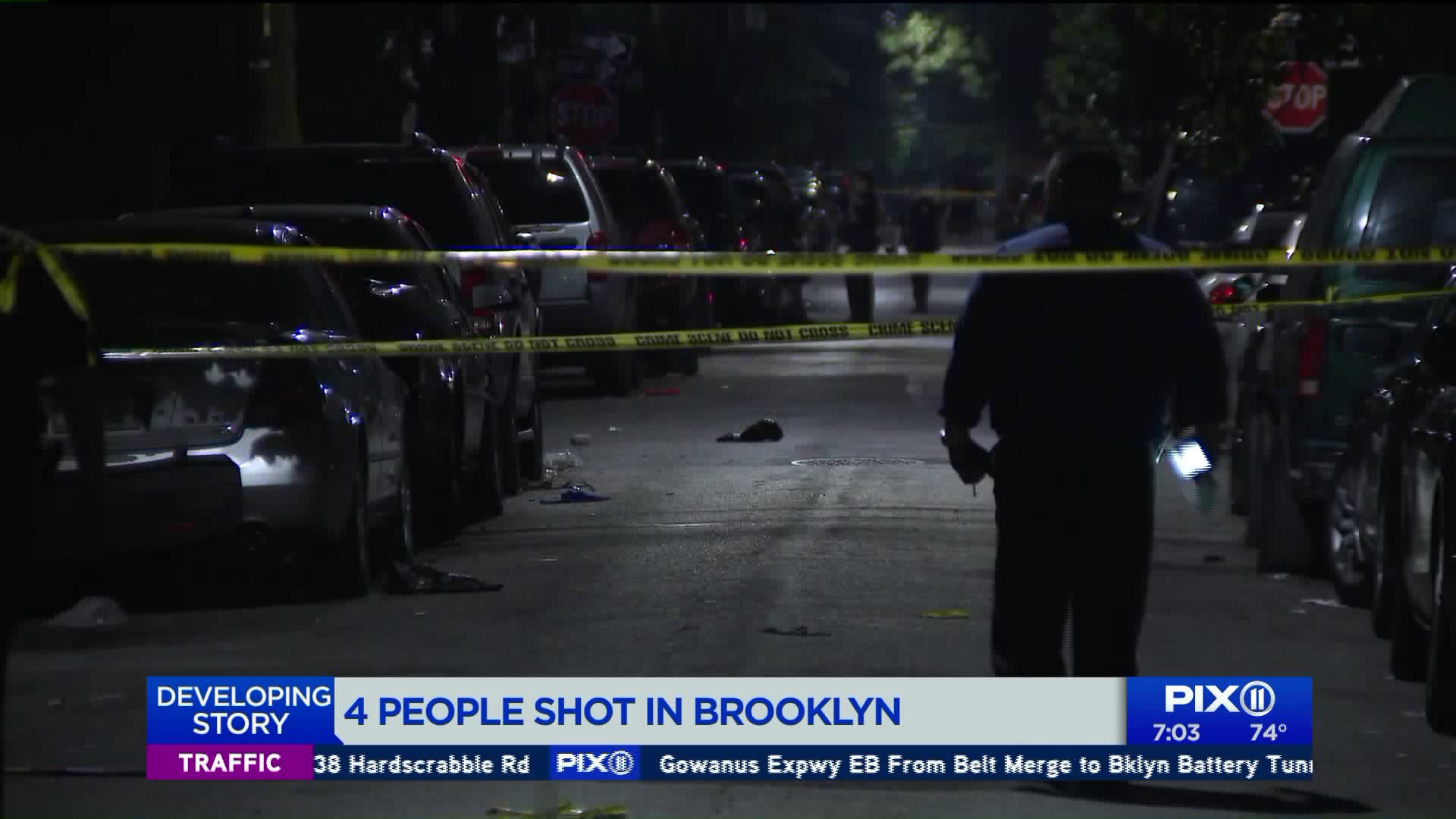 A person is being questioned by police after four people were injured when shots were fired during Fourth for July festivities. Anthony DiLorenzo has the report.

Four people were injured in a shooting in Brooklyn July 5, 2019.

Citizen video shows fireworks were being set off before and after the shooting in the neighborhood. All consumer fireworks, including sparklers are illegal to use, buy and sell in the five boroughs.

All victims live in the neighborhood, cops said. It is not immediately known if they were bystanders or the intended targets.

According to authorities, a man was taken into custody after he was seen fleeing the scene. His connection to the incident was not immediately disclosed.

The incident occurred just one block away from the NYPD's 75th precinct.